It was important not to lose, says Arsene Wenger after Arsenal draw at Chelsea 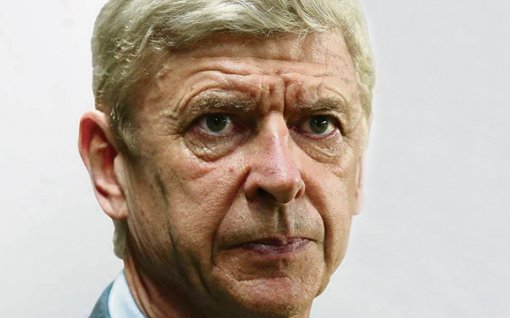 ARSENAL stopped their depressing rot at Stamford Bridge with a well-deserved point taken from a highly entertaining goalless draw against Chelsea.

The Gunners had lost their last five Premier League matches away to the Blues, but this afternoon (Sunday), after weathering the first few minutes of home pressure, they proved to be the Champions’ equal.

“We had attitude and a good team performance, and I feel it is a deserved point,” reasoned coach Arsene Wenger. “There was a total intensity. It was a real battle all over the pitch.

The Gunners made eight changes from the side that started Thursday’s Europa League victory over FC Koln, with only Alex Iwobi, Nacho Monreal and Hector Bellerin keeping their places.

Talisman Alexis Sanchez was benched, while Mesut Ozil was missing through injury.  Arsenal chased shadows early on but soon grew into the game, with Danny Welbeck and Alexandre Lacazette missing good chances to score.

Sead Kolasinac and Granit Xhaka also drilled in from long range within the first 30 minutes.  On 40 minutes, Aaron Ramsey wriggled into the Chelsea box, but his dinked shot flicked off the post. Lacazette was on standby for the rebound, but somehow missed an open goal.

Intrigingly, the sight of Sanchez on the subs’ bench, reacting with real emotion at the Ramsey effort, will perhaps offer proof of the Chilean’s commitment to the Gunners’ cause.

Both sides needed a spark. Wenger summoned for Sanchez, who replaced Lacazatte, while Eden Hazard – Chelsea’s own game changer – came on for the home side.

On 73 minutes Welbeck was clattered into by David Luiz and worryingly, given his injury record, the England forward suffered a groin injury and was replaced by Olivier Giroud.

“I am not sure how serious it is yet, as it’s not a very easy one to assess,” said Wenger.

Shkodran Mustafi thought he had put Arsenal ahead on 76 minutes, only to see his goal celebrations correctly cut short by the offside flag.

Hazard then darted into position, but his shot was plucked out of the air by Petr Cech.

On 87 minutes Luiz was sent off for a reckless lunge on Kolasinac, leaving Arsenal’s Bosnian hard man writhing in agony.

“It was excessive force,” said Wenger. “Kolasinac was not completely on his feet, and even Luiz would accept that it was too strong.”

Four minutes of injury time couldn’t supply a winner, but Arsenal will be encouraged with their showing and the gritty point.

“I feel overall that the team did what it was expected to do. It was important not to lose the game,” said a satisfied Wenger.