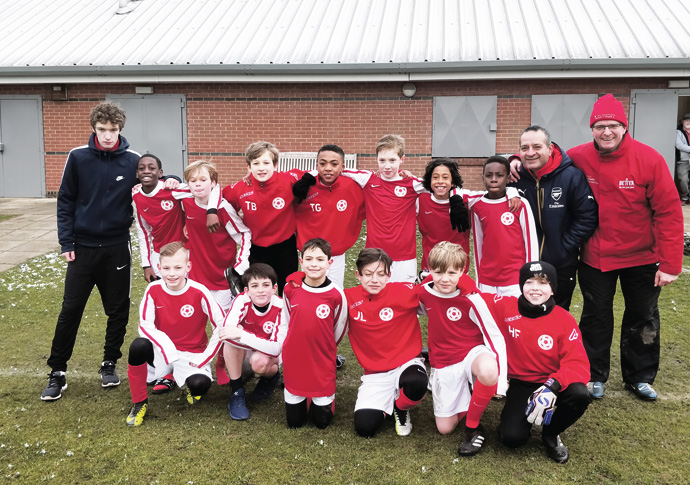 ISLINGTON overcame the snowy conditions to bag the bragging rights on Saturday when they beat neighbouring rivals Camden to reach the final of the Inner London County Schools FA Kay Trophy.

The Year 6 Primary District team ran out 2-1 winners at St Aloysius Playing Fields in Haringey in what their coach Michael MacNeill described as “a throwback to the olden days”.

“It was a busy and competitive game, with chances for both sides,” said Mr MacNeill, who is a football development manager for the Islington Football Development Partnership – a project run by GLL, Islington Council and Arsenal in the Community.

“To be fair to Camden, they controlled the ball better than we did but we defended very resolutely in a game that could have finished 5-5. Our back three defended well.

“The semi-final was a throwback to the olden days of football, with sidelines having to be cleared of snow so that the referee could allow the game to be played, and the use of an orange ball. It was a great.”

Camden started the showdown the better of the two teams, in terms of passing and control of the ball, and created a couple of early chances.

It was Islington, however, who struck first, midway through the first half. Jonnie Lilley whipped in a corner, which found its way to Rahmel Ellington, who powered the ball home with a left-footed drive that settled just inside the far post.

The Camden players didn’t let their heads drop, and continued to create chances as they searched for a way back into the cup contest. 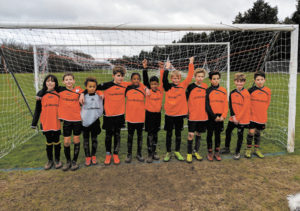 When they did find the target, however, they were denied by Islington goalkeeper Tom Butler. Despite getting injured diving at the feet of ­Camden striker Ruairidh McIntyre, the brave shot-stopper still managed to regain his composure and block a follow-up shot before Islington finally managed to scramble the ball away.

Butler was soon forced off injured, but his replacement, Henry Ford, continued where his team-mate had left off as his first involvement in the semi-final saw him brilliantly palm away Baltasar Wiberg’s powerful free-kick.

All the saves proved crucial as just minutes into the second half the Islington players were celebrating yet again after Ellington broke away before finishing with aplomb to double their advantage.

Camden continued to search for the goals their dominance deserved, eventually finding the back of the net when Joseph Jackson scored from close range.

Spurred on by their star player Pietro Lievens, Camden were still confident that they could find, at the very least, an equaliser, but in the end a resolute Islington side held out for the win.

“I think that all of our boys were outstanding,” she said. “The coaches, Carlo Brandelli and Mark Jones, and all the players worked hard as a unit, but in the end luck just wasn’t on our side.

“At half-time the message was very much if we continue to play how we’re playing we’ll go on to win the game.

“On another day we easily could have scored five or six, but on this occasion the ball just wouldn’t go into the back of the net.

“Islington took their chances and we didn’t.”