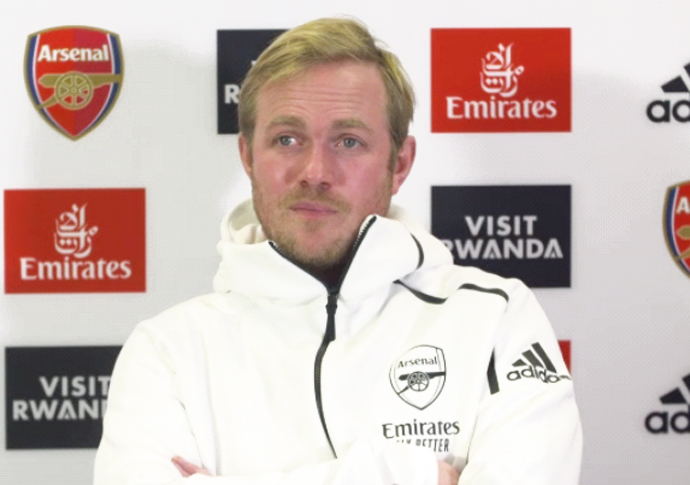 JONAS Eidevall described his 2021 managerial league record as “invincible” on Sunday after remaining unbeaten throughout the year in both the Swedish and English top-flights.

That may sound like an odd boast, given the Arsenal boss had just seen strugglers Birmingham City clinically end the Gunners’ status as the only undefeated team in the FA Women’s Super League.

Not only that, Arsenal had just chalked up a fourth loss in five matches following defeats in the FA Cup final and Champions League in December.

But the Swede, who joined the club in July, was making the point that even though his players did not “work as a team” in the 2-0 defeat at St Andrew’s, both they and he have what it takes to get over the hump.

“We all know what we need to do in order to win football matches, so that’s what our focus needs to be on,” he said.

“It’s not about pointing fingers or finding excuses, it’s by doing basic principles, and if we do that I’m very confident we’ll get back into winning ways.”

There was, though, one slight “excuse” – the impact of Covid precautions ahead of the fixture. Outbreaks saw three WSL matches postponed last week.

Under FA rules, if a club has 14 registered players available, including a goalkeeper, then a game will go ahead.

And Eidevall said: “What has been really tough, if I would find any excuse during this week, has been doing all our meetings and preparations leading up to this game digitally.

“We were definitely going down to the last possible players in order to play, so we could take zero risk in getting any player ill from Covid.

“So everything has to be done digitally and, obviously, that’s a little bit harder sometimes to put across all the messages. When you have numbers low on the pitch it also poses a different problem to make it realistic from 11 v 11 exercises because you’re pretty far from that.”

After Covid and injuries saw their clash with Spurs postponed last Friday, Chelsea boss Emma Hayes – awarded an OBE in the New Year honours – will hope to get back on the grass this Sunday at Everton.

Arsenal face in-form Reading at Meadow Park, live on BBC1 at 2.30pm, while Spurs host West Ham at The Hive in Barnet, that match on Sky.