‘In cancelling our account, Nike are saying the local people are not good enough for them as well’ 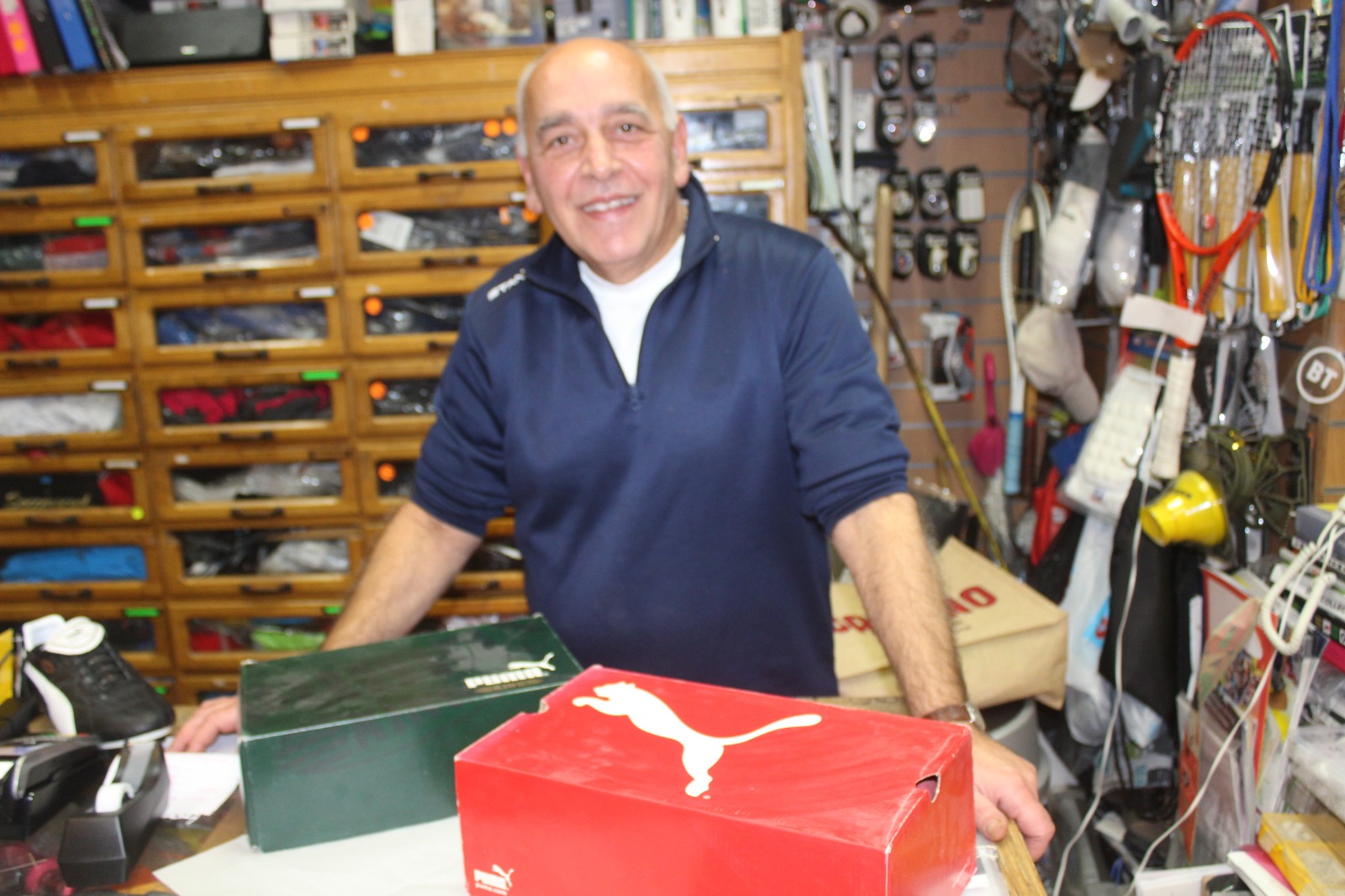 AN independent sports shop owner is taking Nike to court after he was blocked from selling boots and kits for being too small scale.

Nick Mavrides, owner of Ace Sports in Kentish Town who has worked there for more than 30 years, had his account closed by the global giant last year.

He was told he could not place orders because he was not hitting minimum annual purchase of £8,500 a year.

He is one of dozens of independent stores being stopped from selling top-range products from Nike because they do not have the right image for the company.

Now he is taking the global giant to court for loss of earnings in what he des­cribed as a “David v Goliath” battle.

He added: “We don’t want their top-range stuff anyway. We want our bread and butter stuff – football boots, shin pads, gloves. We are happy to do kits for the amateur football too, but they have said no to that too.”

”They want stores done up lovely or you are not good enough. We have been key partners for Nike for 30 years – we helped them when they were starting out and look where they have got now? They have restricted me from earning an honest living.”

“I had an £8,000 order when I found out they had cancelled my account,” he said. “ It meant I had to get it from another supplier. So I’m suing them for £4,000 for loss of earnings on that one job. They call me ‘Mozzy Mav’ because I’m like a mosquito – I can be bloody annoying.”

Instead, it agreed to work with just a handful of major retailers worldwide – in the UK it is JD Sports – while also forcing trade through its own website and boutique stores, like the one in King’s Cross.

Euro Sports in Finchley Road – an independent sports shop run by brother and sister duo Chan and Shilpa Patel for 43 years – has been forced to sign up to a European separate supply chain to keep selling some Nike products.

Ms Patel said: “They don’t want people like our shops displaying their stuff, because we are not trendy enough. When in reality, our customers love the way the shop looks. We have been here 44 years – we are a community shop. It is more than just selling products to people.”

He added: “This is an excuse to cut people like us out. They would come and show us the products with a suitcase back in the 70s and 80s. Now they want to cut all the small businesses out. I can understand Nick’s position. This is totally corporate madness.”

Euro Sports has put up a large sign in its window encouraging customers not to just try out sports equipment and shoes and then leave to buy it online.