In-form swimmers warm up for the summer with medals 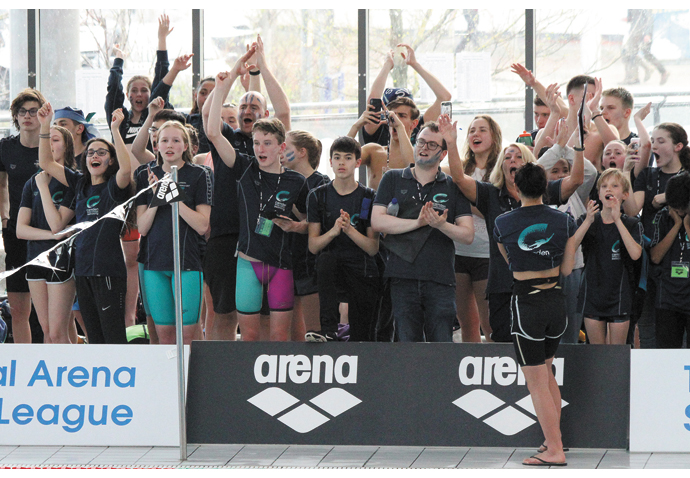 THE build-up to the National Summer Championships is going swimmingly for youngsters from Camden Swiss Cottage as they continued to show medal-winning form throughout May.

Swimmers from the club produced in the pool at the London Regional Championships, which were held over three weekends at the London Aquatics Centre and Crystal Palace.

Golden girl Ella McEver achieved a clean sweep in her breaststroke races, winning the 50m, 100m and 200m competitions. The talented 13-tear-old added a further victory in the 400m individual medley, alongside a bronze in the 200m version of the event.

Club-mate Jackson Olin claimed three regional titles, finishing on top of the podium in the 100m and 200m backstroke and the 100m butterfly. The 16-year-old also won a silver medal in the 50m butterfly and a bronze in the 100m freestyle.

Ally Larson continued to demonstrate her impressive all-round strength and versatility by winning both the 200m and 400m individual medley titles. The 17-year-old celebrated further success by scooping a silver in the 100m butterfly and bronze in the 50m butterfly.

The gold-rush went on with Lauren Brantley winning the 200m butterfly title. The 16-year-old also took silver in the 200m individual medley and bronze in the 100m butterfly.

The medal count continued to climb with Oliver Wright, 13, powering to gold in the 50m breaststroke before bagging a bronze in the same stroke over 100m.

As well as individual successes, there were team triumphs, with the club’s 14 to 16-year-old boys’ 4x100m freestyle relay quartet of Stamenkovic, Olin, Divet and Danny Markov striking gold.

O’Connell also did well, winning gold in the 50m freestyle, silver in the 50m butterfly and 100m breaststroke and bronze in the 200m individual medley.

The squad will now begin to train for the National Summer Championships, which will take place in Sheffield in July and August.