In for a game of coal drops curling! 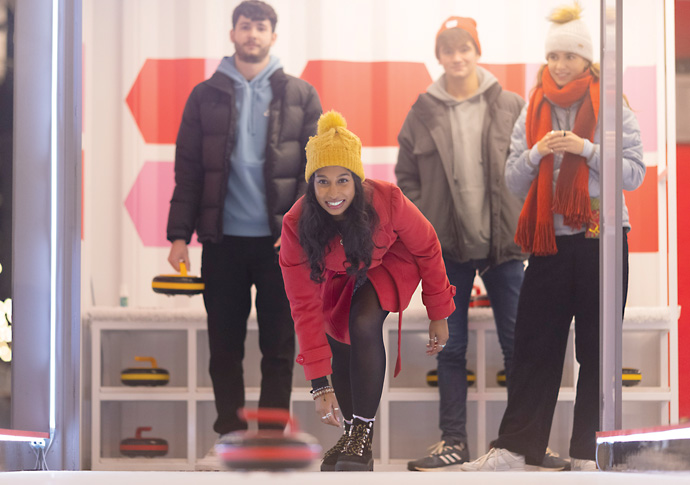 Put on some gloves and head to pop-up curling lanes which have opened in the Coal Drop’s Yard in King’s Cross.

It all got quite competitive when the Tribune visited Club Curling on Monday as red and yellow stones were spun down the “ice” – mainly racing out of bounds. Each lane can have four players – whoever goes last gets the chance to bounce any well-placed pieces out of the way. 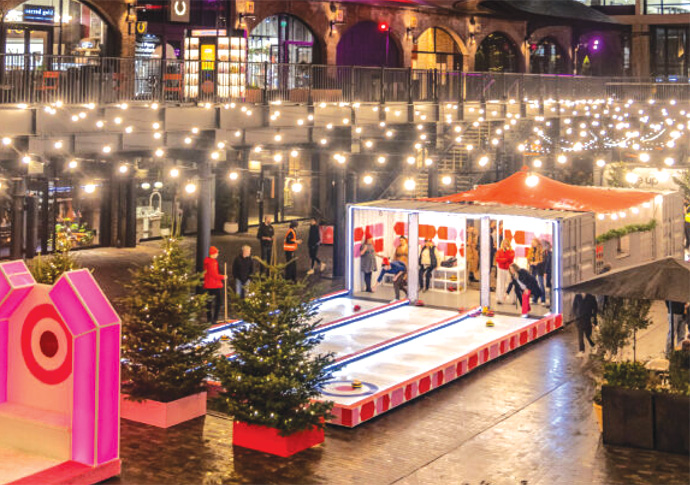 The festive fun is being booked out by office workers for some Christmas party competitiveness – it’s better than a quiz – but is also family-focused too, and when we were there several youngsters were trying it out. Under-12s play for free but must be accompanied.

It’s £5 per adult and the curling lanes are now set to be open through to January.