Standards Board investigation will not be pursued due to resignation 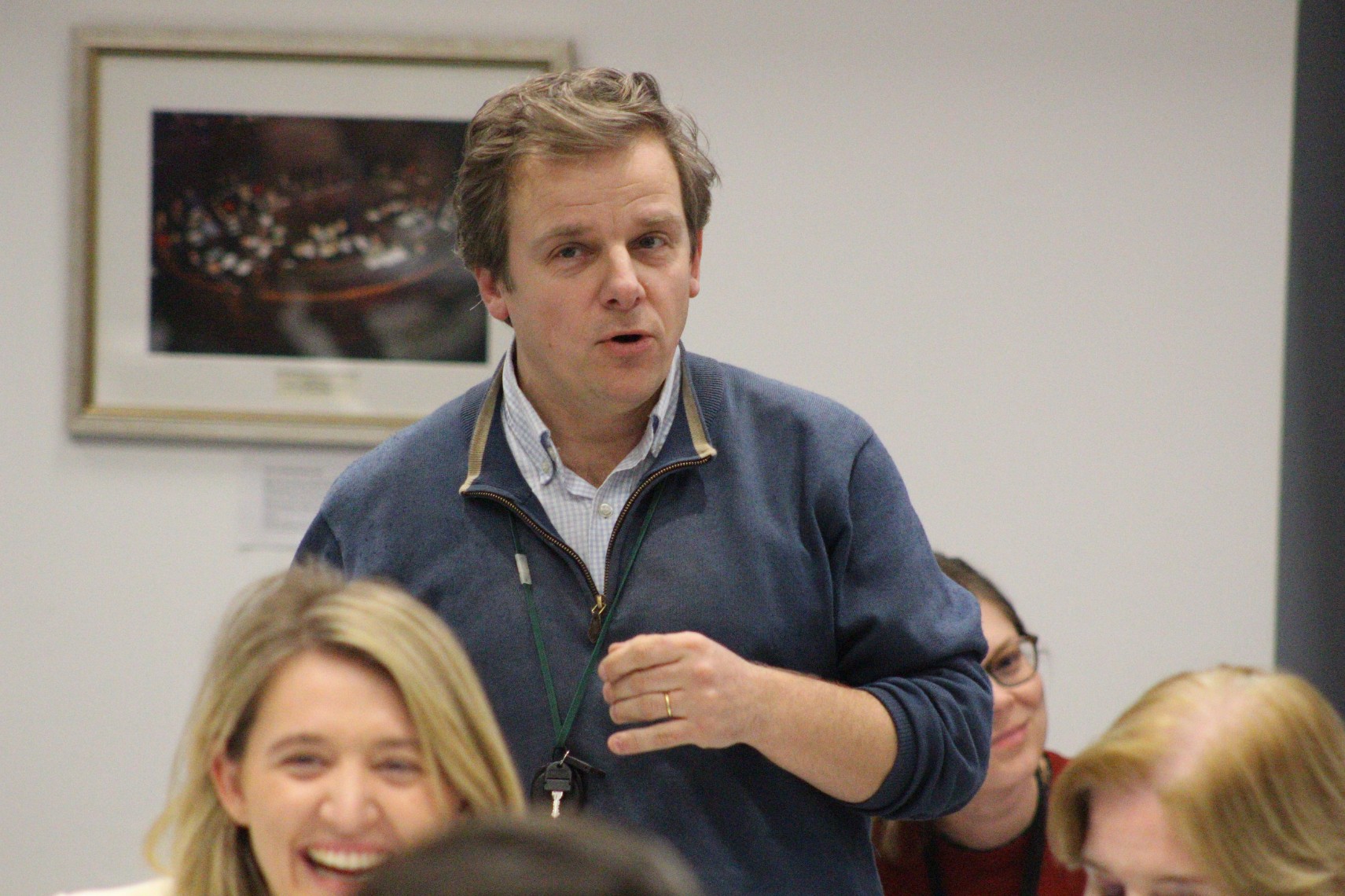 THE former mayor of Camden resigned from the council on Monday morning – five days after the New Journal revealed that he was behind a secret social media account which attacked his own colleagues.

Lazzaro Pietragnoli had already stepped down from his chief whip role enforcing discipline in the ruling Labour group after admitting to be the covert author of the @PHillmum feed on Twitter.

But after the weekend – and one of the most bizarre chapters in local political history – he told council leader Georgia Gould and Labour councillors that the “best way forward for all those concerned is for me to step down from the council”.

Mr Pietragnoli had been a Labour councillor for nine years and has served as the Mayor of Camden.

His resignation email said: “I would like to apologise to everyone in the Labour group for the upset I have caused. I made a serious mistake at a difficult time in my life and I am wholeheartedly sorry that I caused distress and offence.

“There are no excuses for my actions, and I am deeply sorry to my colleagues, constituents, and anyone this has impacted.”

In the days after his admission, it is understood that some Labour councillors had asked what the leadership was doing to respond to the shock revelations and that the issue had come up during conversations on the doorstep during weekend election canvassing.

The Conservatives circulated an attack leaflet in Primrose Hill demanding his resignation.

Meanwhile, campaigners involved in the Primrose Hill gates debate had also raised questions over whether Mr Pietragnoli had been steering the agenda with comments made via the now deleted account.

Using this feed, in which he posed as a mother-of-three living in social housing for five years, Mr Pietragnoli posted glowing tweets about himself, criticised former Labour social services chief Sally Gimson, attacked Jeremy Corbyn as “shit”, and called another former mayor, Maryam Eslamdoust, a “scumbag”.

He also promoted the idea of voting Green while Mr Corbyn was leading the party. In another tweet, he said Labour was being controlled by members who “prefer Putin, Assad, Iran’s ayatollahs to freedom and democracy”.

Incognito as @PHillmum, he also harangued Cllr Gould and others for not doing more to react to Councillor Thomas Gardiner’s position in the Labour Party’s complaints department while anti-semitism cases were being dealt with. 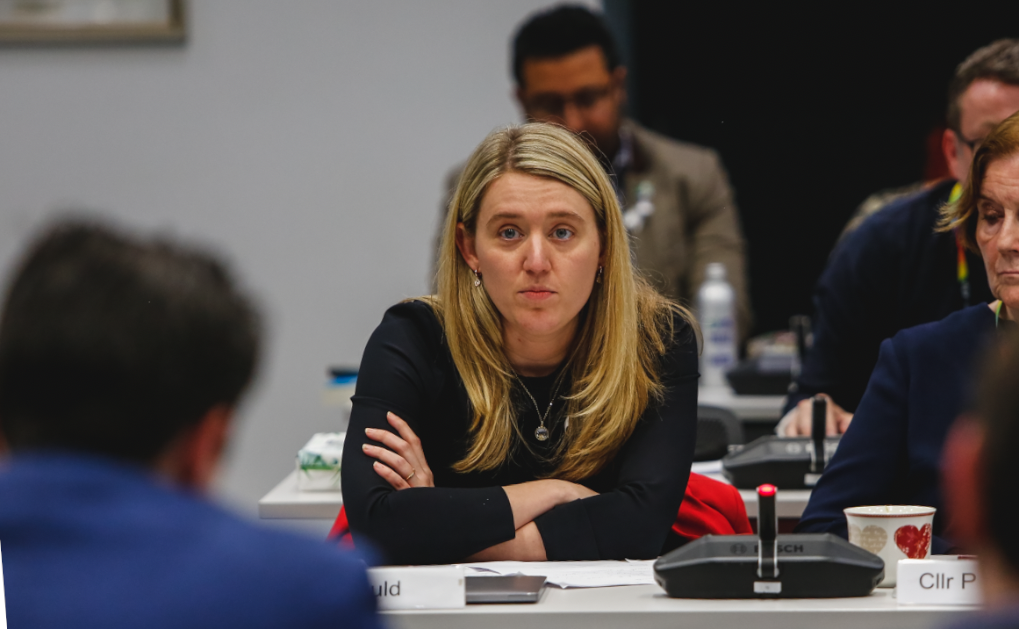 In a more amusing exchange, he used the account to pick up former council leader Sarah Hayward on her spelling; she replied by calling him “pompous”, unaware she was speaking to one of her allies at the Town Hall.

Cllr Gould had initially reacted last Thursday by reminding all Labour councillors of their responsibilities as elected members and announcing that online training would be booked in for the group.

This did not quell all of the internal anger, however, with some councillors feeling that they could not line up alongside Mr Pietragnoli in the council chamber – and that they were all being told they needed education on social media due to one man’s conduct.

As chief whip, he had often criticised anonymous briefings to the press over the years.

The New Journal first asked Mr Pietragnoli whether he knew who was running the account 15 days ago, with the idea of doing little more than a whimsical diary piece about the mystery of nobody knowing the identity of a tweeter who appeared to have an in depth knowledge of local affairs. They could produce complex council spending pie charts to support their arguments, while also commenting on the Venetian paintings in the mayor’s parlour.

From there, the escalation was scarcely believable. First Mr Pietragnoli said he had an idea of who might be behind @PHillmum but could not say for sure – but would pass on a message.

Later, he said we should “use our intelligence” to understand that it was probably somebody working for the council who needed to protect their identity due to their  job.

When it later appeared that his personal email address was linked to the account, he falsely told the newspaper that his wife had run the feed.

The New Journal has made clear that this was wholly incorrect and his wife has nothing to do with the account.

Then last Wednesday, he resigned his role as chief whip and apologised, admitting it was him all along and saying that it had begun as a “prank” but escalated into something “very negative” and “abusive”.

He referred himself to the Standards Board at the Town Hall and the Borough Solicitor, Andrew Maughan, had begun considerations over what course a possible investigation would take.

It is understood that the chief lawyer  received at least three further complaints relating to the case beyond Mr Pietragnoli’s self-referral.

Yesterday (Wednesday), Mr Maughan made the ruling, after consulting with an independent appointee, that although there was likely to have been a breach of the code of conduct, it did not make sense to use public money on a further investigation – given Mr Pietragnoli had now left the council.

When no announcement was made about the resignation at the start of Monday’s all-member meeting, both Cllr Eslamdoust and opposition leader, the Tories’ Oliver Cooper, raised the case later in the session. 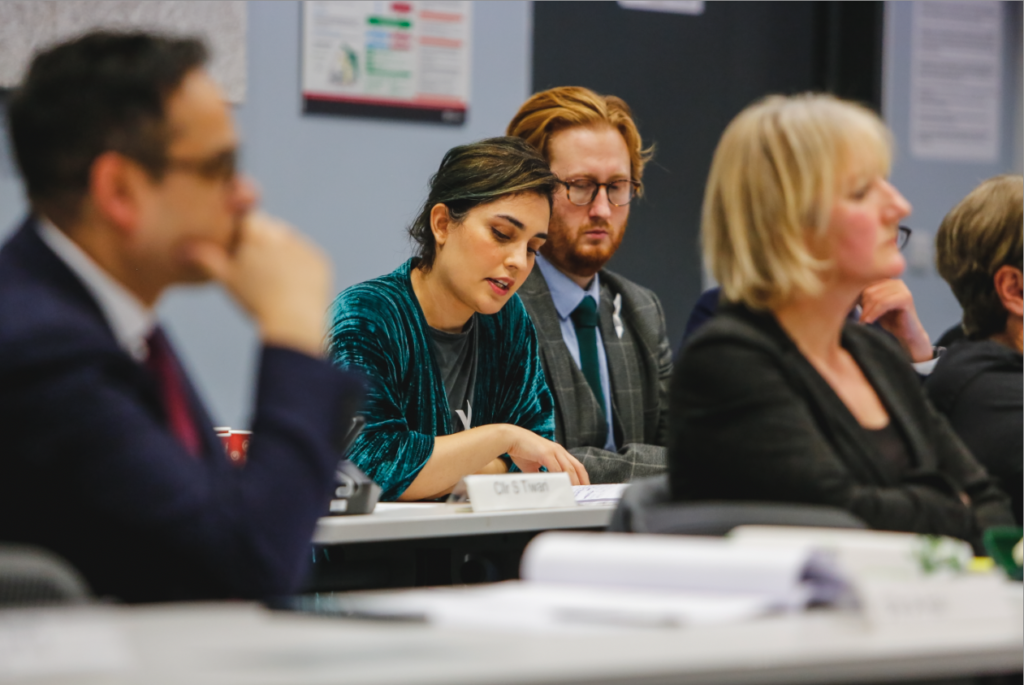 Cllr Eslamdoust said: “I’m honestly horrified to discover that a prolonged campaign was instigated by my own group’s chief whip. These actions are not victimless, the hateful tweets had a negative affect on my health and caused me stress when I was eight and a half months pregnant.”

Cllr Cooper said: “It took me just two minutes of reading the stream of abusive tweets to conclude it was Cllr Pietragnoli’s alt account. Yet the judgment of Camden’s Labour leadership is so poor that it took them two weeks of shielding him to realise his position was untenable.”

Mr Pietragnoli has said that he had been going through “stressing” events in recent times, which has led to internal questions as to why he was kept in the key role of chief whip during a period of personal difficulties. 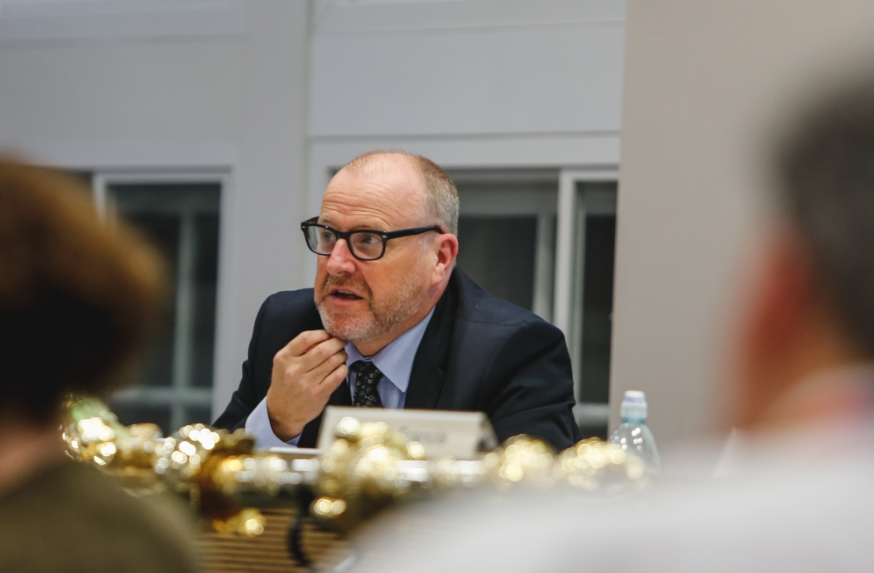 Cllr Gould has said this week in both statements to the New Journal and to Monday’s meeting that he was right to step down.

“Lazzaro has been a hard working and dedicated councillor for Camden Town and Primrose Hill, but his actions on social media were unacceptable and he is right to take responsibility and step down as a councillor,” she said.

“We will continue to take action to ensure high standards for our elected councillors and candidates, and call for a respectful political discourse.”

In his email, Mr Pietragnoli said it had been an “honour” to serve as a councillor for Camden Town with Primrose Hill ward and listed what he saw as the Labour group’s achievements and said he had worked to “guarantee the best possible local services for our residents, despite massive national government cuts”.

The story had come as a shock to many councillors who had struggled to believe what had unfolded. It is unclear whether the Labour Party will take action. It is against the rules to promote another party and the @PHillmum had declared it was voting Green.

Councillors who have struggled with the re-selection process to return as candidates may also raise a challenge to any input Mr Pietragnoli had in assessing their suitability. With Camden’s boroughwide elections less than six months away, his seat will remain vacant until then.