I'm being evicted for having a baby, claims property guardian tenant 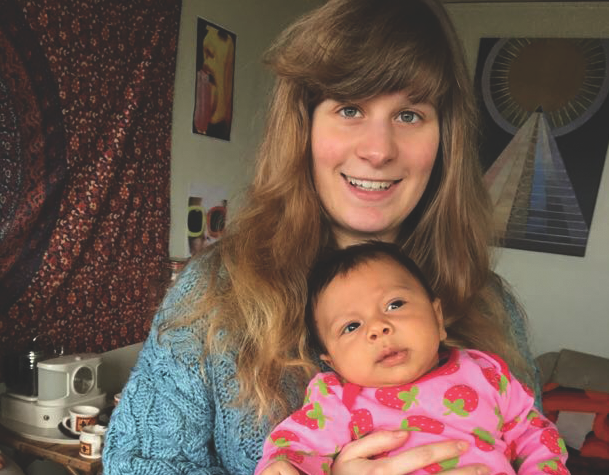 A YOUNG mother who is being threatened with eviction from a council property believes she has been discriminated against for falling pregnant.

The case of 28-year-old Miriam Mayo, who has lived in a council-owned flat in Agar Grove since 2014, has again thrown the spotlight on the rights of property guardians who are being used by the Town Hall to protect homes otherwise unoccupied during redevelopment work from squatters.

Her fellow guardians at Lulworth Tower are expecting to stay for several more years before refurbishment work begins in 2021, but she has been told she must leave. Ms Mayo said: “It’s the 21st century, you can’t evict a woman for having a baby, when every other guardian is allowed to stay.”

Vacant Property Security (VPS) – a private firm that manages guardians living in Camden properties – dispute her claim and said her pregnancy was “not a factor in VPS’s decision to serve her notice,” saying that she was in breach of “a number” of other conditions.

Ms Mayo is one of an increasing number of people living in so-called “void” council homes – which have become vacant after tenants were re-housed elsewhere ahead of construction works. Rather than signing a tenancy, guardians sign a licence agreement and pay “licence fees” in place of rent.

While paying less than rent would cost on the open market – around £535 a month without bills in Lulworth Tower – these technical distinctions mean guardians sign away some of the same rights held by tenants. There are around 150 people living as guardians in Camden Council properties, but this is expected to rise to more than 300.

The New Journal reported last year how the scheme splits opinion, with some supporting it as a way of using empty properties to provide more affordable accommodation for those willing to be more flexible. Others believe it exploits desperate people shut out by the property crisis.

Ms Mayo had her son, Maximillian, five months ago but she and Green councillor Sian Berry, who has taken up the case, believe her pregnancy led to her eviction notice. Cllr Berry said: “I don’t think it’s right for Camden, who say they are tackling rogue landlords, to use a scheme that asks people to sign away the rights that are meant to protect tenants.”

Lulworth Tower is being slowly cleared ahead of a refurbishment that is part of the Town Hall’s Community Investment Programme. After months of wrangling, Ms Mayo was told by VPS that she must leave her home by April 14. She has so far refused and fears that bailiffs could be sent any day. She said she has not been given a reason for being asked to leave.

Camden’s Labour housing chief Councillor Pat Callaghan said they have been “working closely” with Ms Mayo and will “continue to support her”, but added that she “continually refused to take up our assistance to date”. She said: “All property guardians agree and sign up to VPS’s licence conditions to look after properties on a short-term basis in an agreement that is not, and does not have the security of, a tenancy. This is made clear to all guardians when they sign onto the scheme.”