Tributes to ex-councillor, 'blue-eyed boy' of his 97-year-old mum, who died 10 days after him 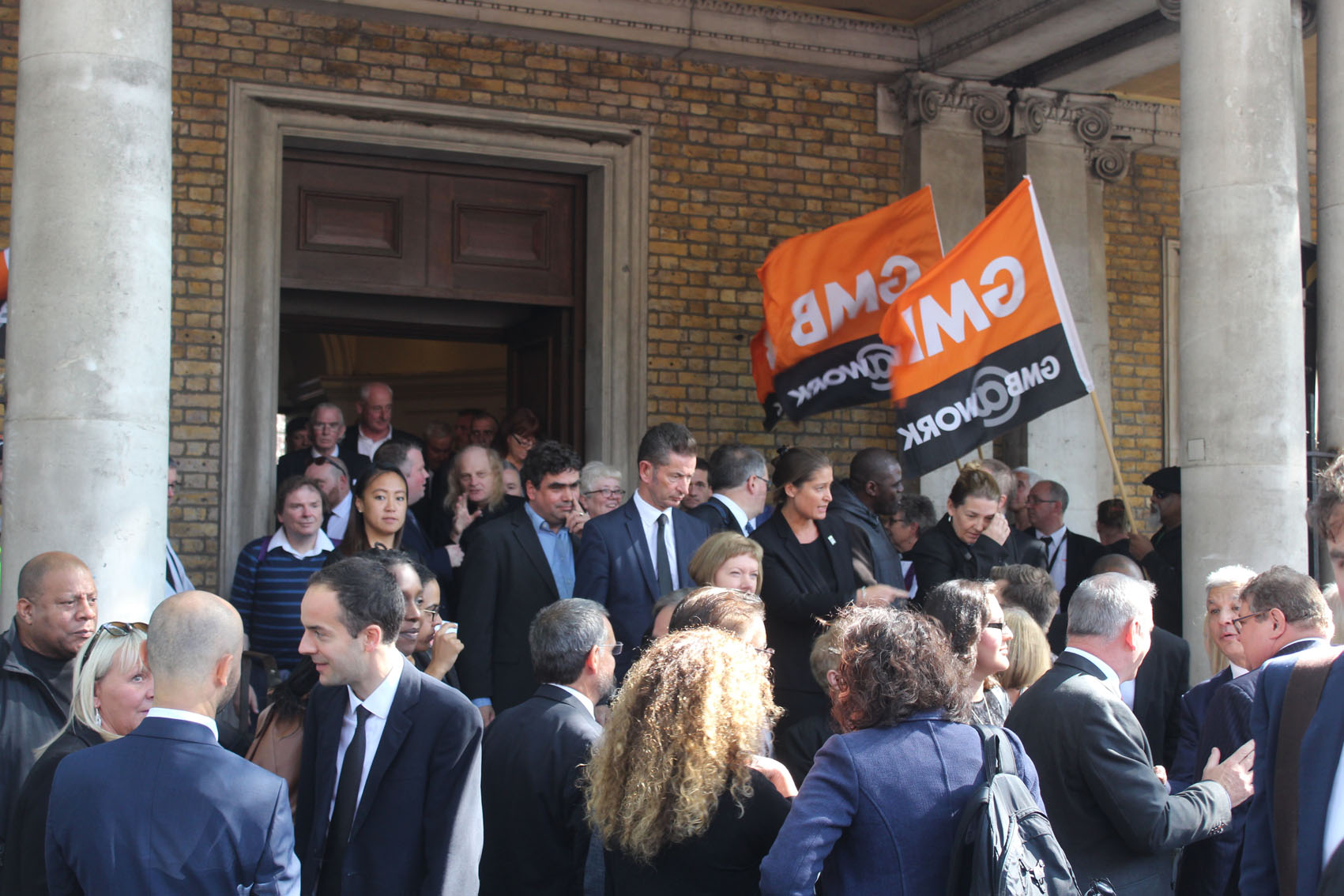 Twenty bin lorries slowly made their way down Upper Street on Monday, tooting their horns in honour of a former councillor.

They lined up at St Mary’s Church to pay tribute to Gary Doolan, who died last month aged 61 after a two-year battle with throat cancer.

The father-of-two campaigned to bring waste disposal services back in-house as an activist and then a Labour councillor.

Bin lorries parade down Upper Street in tribute of Gary Doolan, who campaigned to bring back disposal services in-house

Tragically, 10 days after his death his mother Dolly died, aged 97.

Mr Doolan’s daughter Kerry, 40, said: “They were very close. He was her blue-eyed boy. She would have been 98 next month. She had a heart condition, but it just says on her death certificate that she died of old age.”

Ms Doolan told the Tribune: “It was nice of Sadiq Khan to come and I spoke to Jeremy on the steps after the service. He was saying how well he got on with my dad – they had the same views. Dad was very fond of him. He was a man like my dad.”

Mr Doolan, who had worked as a caretaker for years, served as Labour councillor for St Peter’s ward for 12 years, playing a prominent role in the introduction of free school meals for all primary pupils in the borough.

He joined the GMB union in 1976, later becoming a union rep, branch secretary and, most recently, political and industrial development officer for London region. 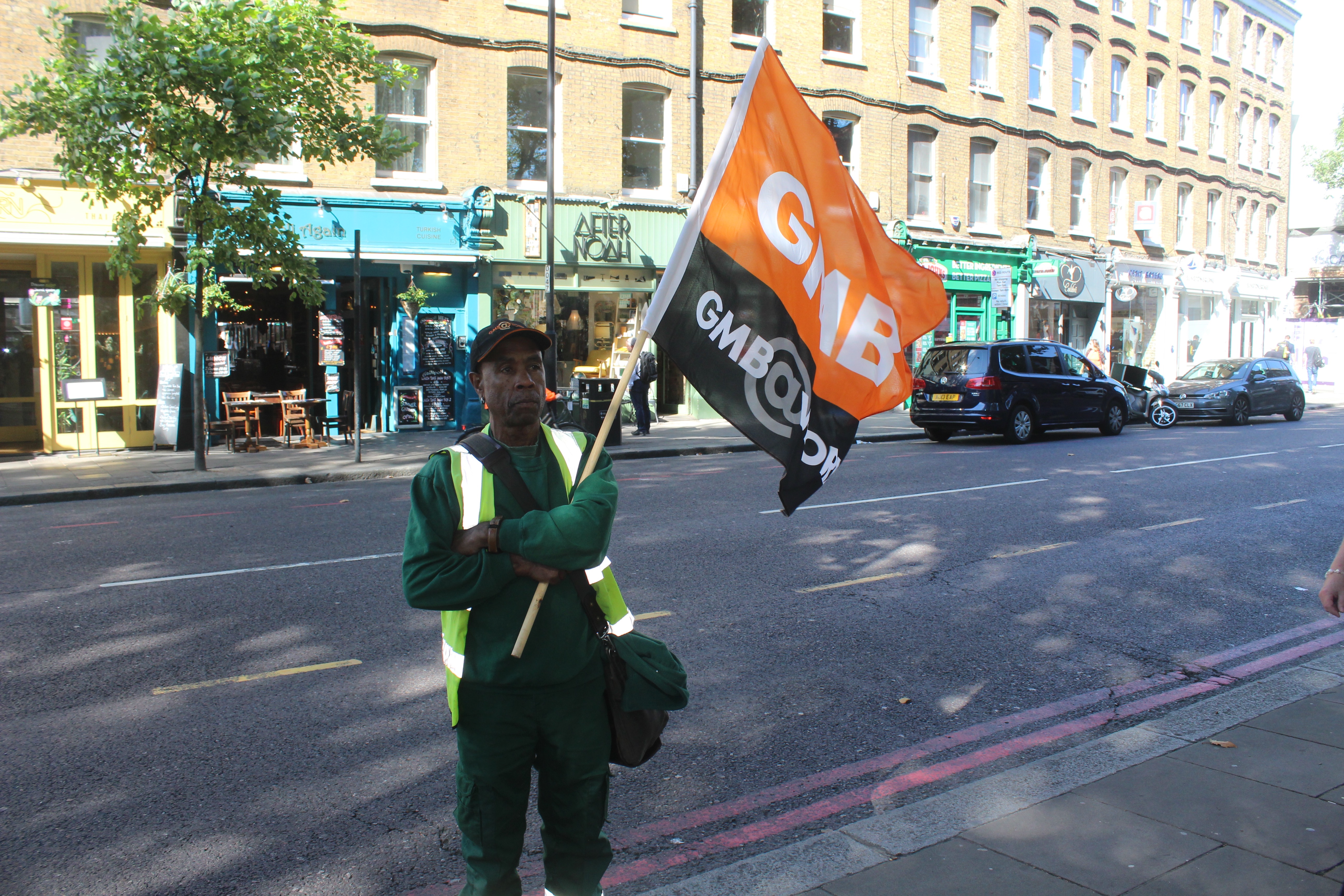 A worker pays his last respects

Bin lorries parade down Upper Street in tribute of Gary Doolan, who campaigned to bring back disposal services in-house

Ms Doolan, a facilities manager at the council, has been so inspired by her father’s work she is now considering becoming a union rep and standing for the council.

“I’m always told how much I am like my dad – that I look like him, act like him, his way of being straight with people and fighting for what you believe in,” she said.

The Rev Susie Paddock, who conducted the funeral service, said: “Gary Doolan was Islington through and through. This community ran through his veins. The people of Islington were his lifeblood. He’d fight after fight to give them a better life on so, so many occasions.”

He married childhood sweetheart Sharon, and they moved to Cluse Court, where he became a Town Hall-employed caretaker on the estate.

GMB London regional secretary Warren Kenny said at the service: “He was a wonderful family man. He loved family gatherings and parties, any excuse to get family and friends together, and would always bring the house down singing ‘Angels’.

“He was always funny and always smiling.”

Former GMB general secretary Paul Kenny told the Tribune: “He had so much love for his kids. I’ve never come across anybody like him – his persistence about fighting injustice. I don’t think anybody ever knocked on his door and got turned away.” 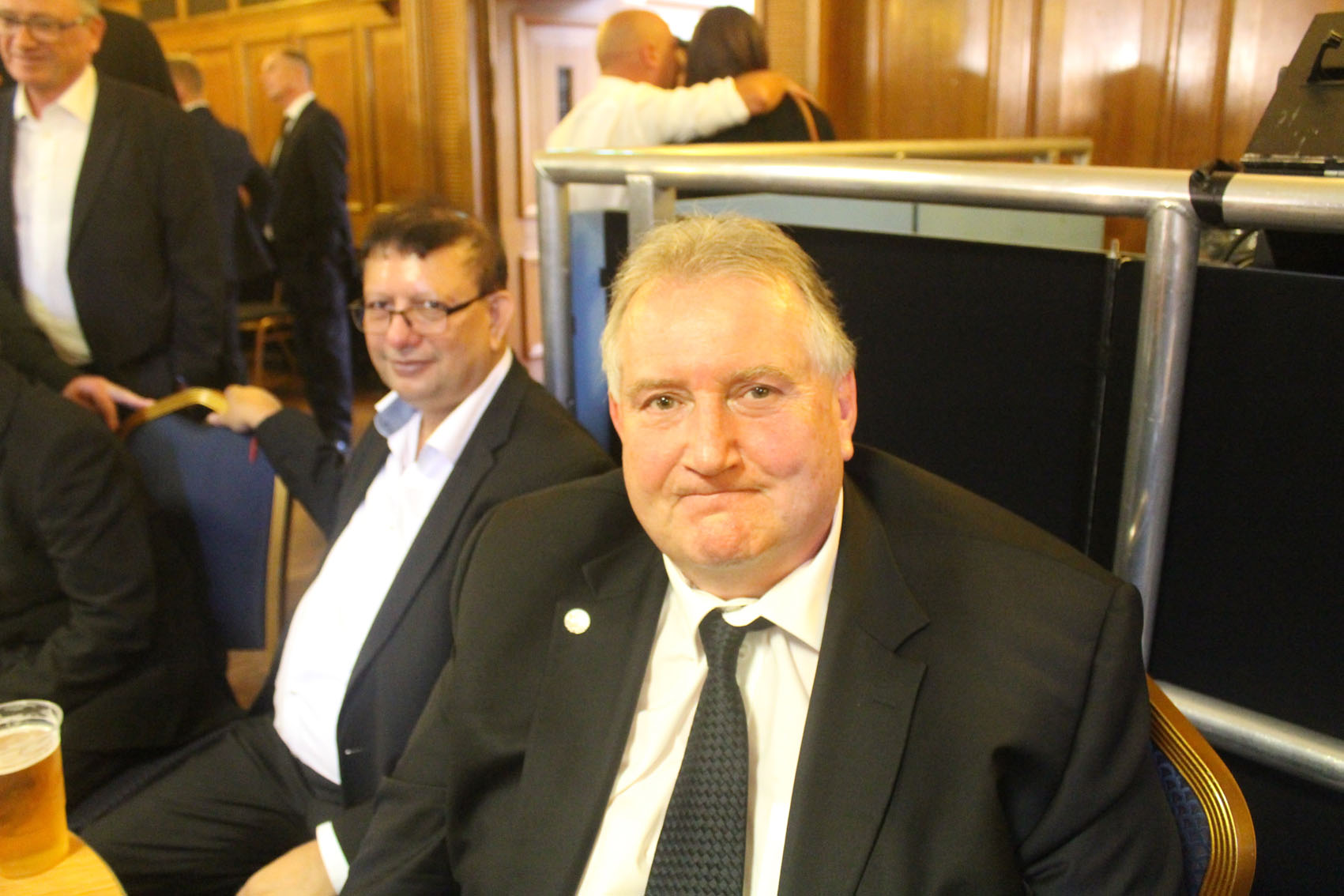 Mr Doolan became a councillor in 2006, beating the then Liberal Democrat leader Steve Hitchins by 30 votes at an election which saw the Lib Dems lose their majority on the council.

Council leader Richard Watts said: “When Gary first got involved with Islington Labour Party we were at risk of becoming a small, middle-class group. Gary reconnected us with our working-class roots. He put us back in touch with trade unions and 10, 15 years ago, he was fundamental to getting us back into control of the Town Hall. 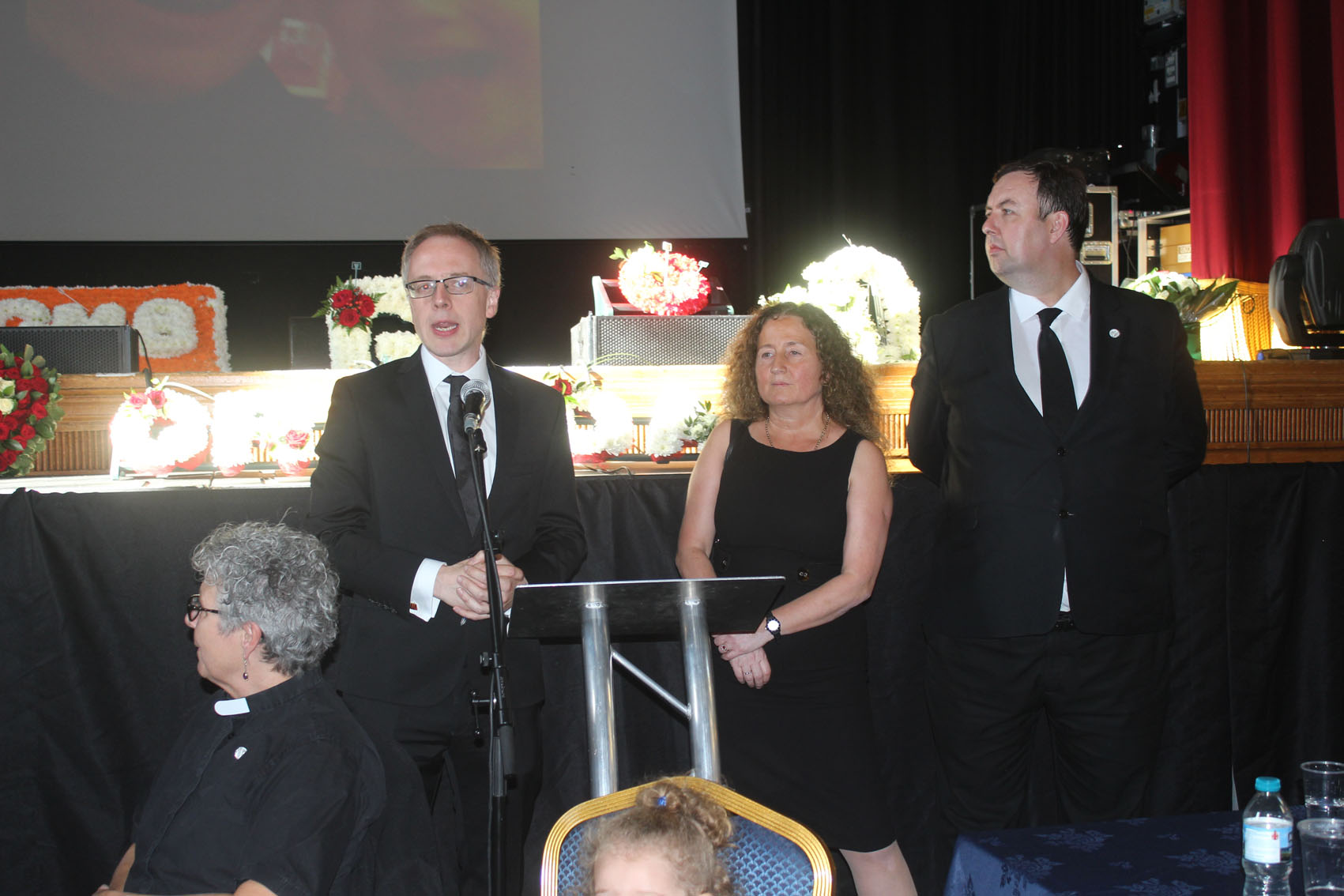 “Gary lived an un- ashamedly political life, with the unions and work- ing with the community. Gary put working people first and for that he will always be remembered.”

Councillors also paid tribute. “He instilled in people to just go for it,” said Una O’Halloran. “I  never thought I could stand up in front of people as mayor and speak but he used to say to me: ‘You can do it, you can do it.’ And when I became mayor he said: ‘See, working-class people like you and me can take up these positions’.”

Councillor Troy Gallagher said: “He was a true working-class hero… There will never be another Gary Doolan, but he will be with us in his family, in his community, in his achievements, and whatever house or street we name after him, which of course people are already calling for.”

Mr Corbyn said: “Gary always stood up for people, stood up for the workers and for public services in our borough. He did so much great work throughout his life. Thank you, Gary, for all that you did.”

The funeral service was arranged by funeral directors WG Miller, of Essex Road.