Protesters have been living at the camp for three months 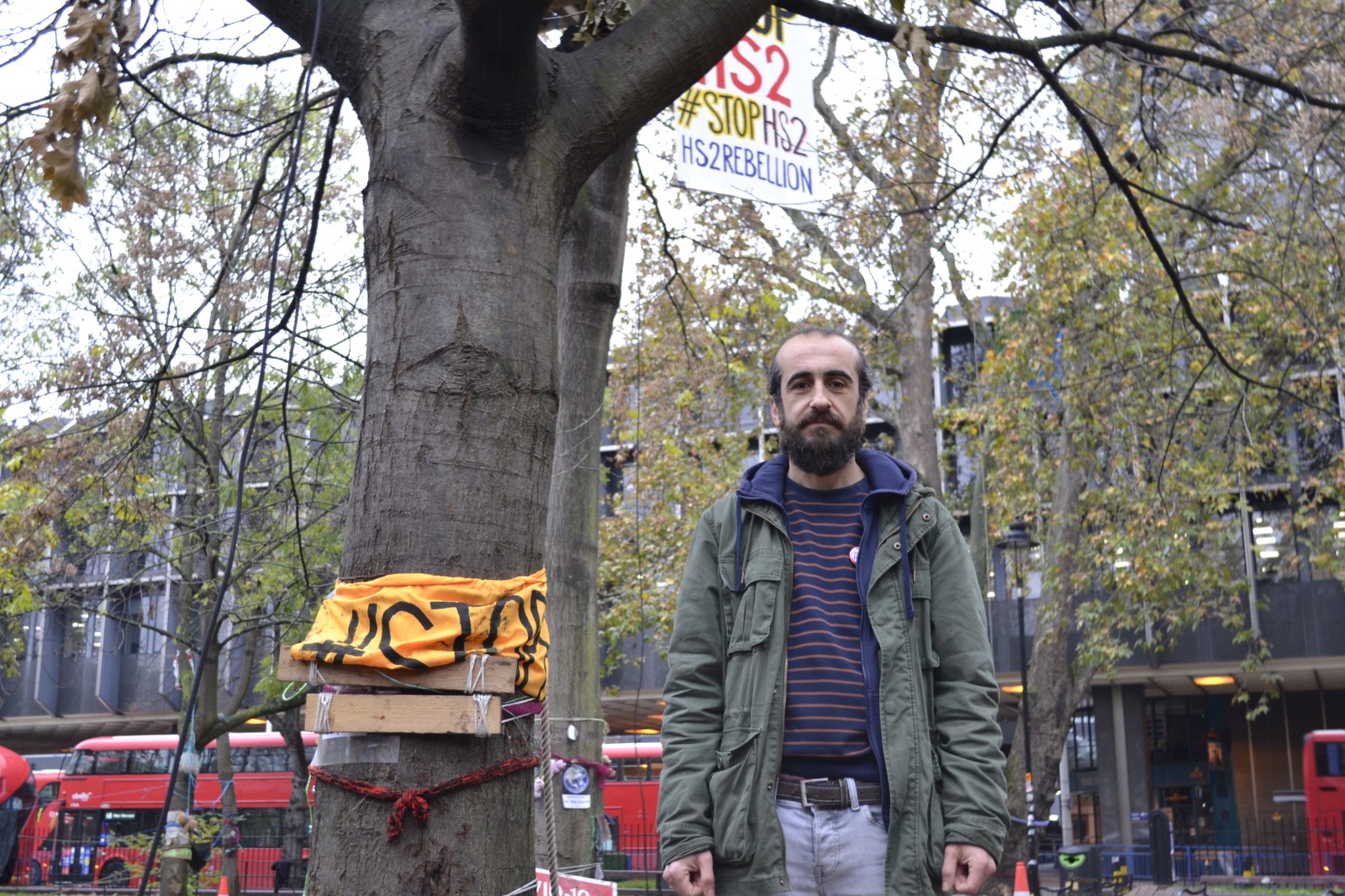 ONE of the tree activists who helped set up a camp outside Euston station in the face of HS2 insists the group are prepared to stand their ground throughout winter.

Ozcan Güzeloğlu, aka Ozzy, said they expect authorities to try and evict them before Christmas, and said public support was now crucial.

He has lived in a tent in Euston Square Gardens for the past three months after joining HS2 Rebellion’s efforts to prevent trees on the site from being axed in the coming months.

The group – an alliance of Stop HS2 and Extinction Rebellion – are against the controversial £106billion High Speed 2 railway project that will see in its first phase a line built connecting London to Birmingham, expected to be completed between 2028-2031.

A second phase of the project will involve building a new track between the West Midlands and cities further north as far as Leeds, which is aimed to be completed by 2040.

Camden is one of the areas worst affected by works carried out for the HS2 and residents and businesses can expect another two decades of disruption. 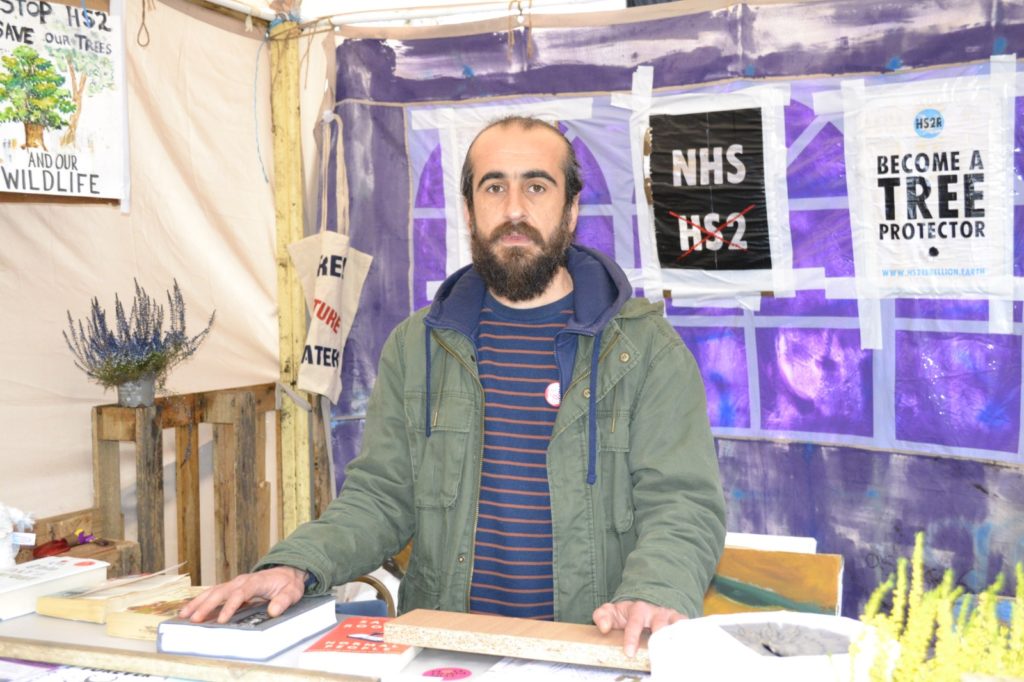 Ozzy at the information point

Protesters believe the railway will cause irreversible damage to the environment while those against plans on economic grounds believe it has cost the taxpayer too much money already.

Ozzy said he had campaigned against HS2 through social media and taking part in protests over the last 10 years but said this was the first time he had joined an encampment.

He said: “It’s been hard you know, it’s been quite a stressful time. I’ve lost quite a bit of weight and I can see I’m losing a bit of the smile from my face as well, because we’re living in a public park here, we’re quite vulnerable and things can happen and you don’t always know what to do, but we do our best.

“But no matter what, we’re here, and we’re going to stand our ground and protect these trees.”

He added: “I’m just upset more people haven’t joined us so far, and that there’s not a lot of people showing interest in the impact this will have on nature or humanity, themselves or their children in the future.”

The camp in Euston now consists of over a dozen tents, a toilet ditch, cafeteria tent, and food storage shed, as well as an information point where members like Ozzy hand out fliers and chat to any interested passers by.

Looking up, it is easy to spot the platforms that have been built high up in the trees out of wood and branches so that members can take it in turns protecting the trees should any early morning demolitions be sprung on them.

Camps like this one are dotted all the way along the planned railway route.

But the settlement has had its fair share of problems, not least because of the homeless community that in recent months have flocked to the relative security of the park where protesters have offered many a tent and access to facilities.

The group have defended the rough sleepers that have come to stay despite accusations of incidents of anti-social behaviour, with one of the group’s lead activists Dr Larch Maxey telling the New Journal last month “You cannot blame the camp for homelessness. We are there to stop HS2.”

Ozzy said: “As for the homeless, it’s been a challenge to us, there’s a lot who come here because they feel safe but many of them need help and we’re not professionals. I’ve certainly learned to be more patient and understanding,” he added.

“Somehow we’ve gotten through to most of them and they respect us. Some have even managed to get off drugs or drink and joined us.”