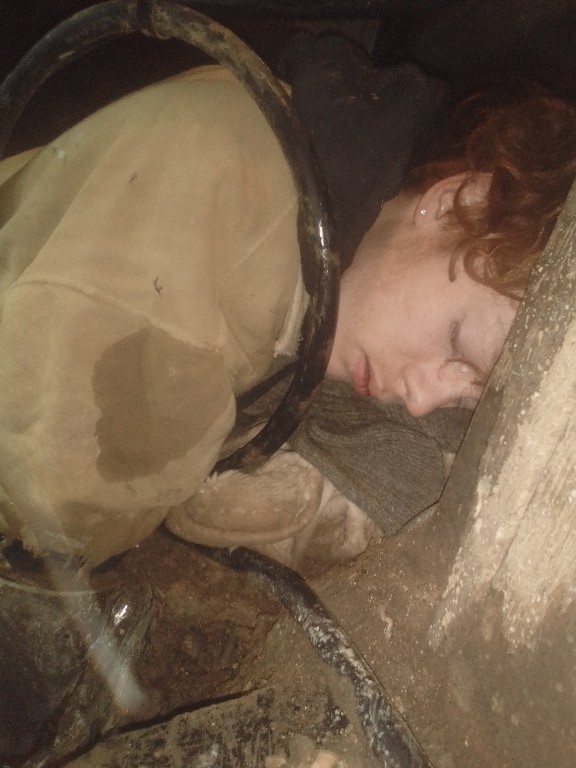 BAILIFFS have battled unsuccessfully through the night and into today to evict protesters from the tunnels built by HS2 Rebellion below Euston Square Gardens.

The National Enforcement Team (NET) officers broke through the environmental group’s downshaft just before 10pm on Thursday, bringing them face to face with the activists.

Around nine eco-warriors have been camped out in the 100-ft tunnels, named ‘Calvin’ and ‘Crystal’ for 10 days now.

HS2 Rebellion are a splinter group of Extinction Rebellion fighting to stop the construction of the £106bn government backed High Speed 2 railway project and have been occupying the park since last summer.

Since last night, HS2 workers have been trying to remove one of the protesters Lazer Sandford from the bottom of the downshaft. 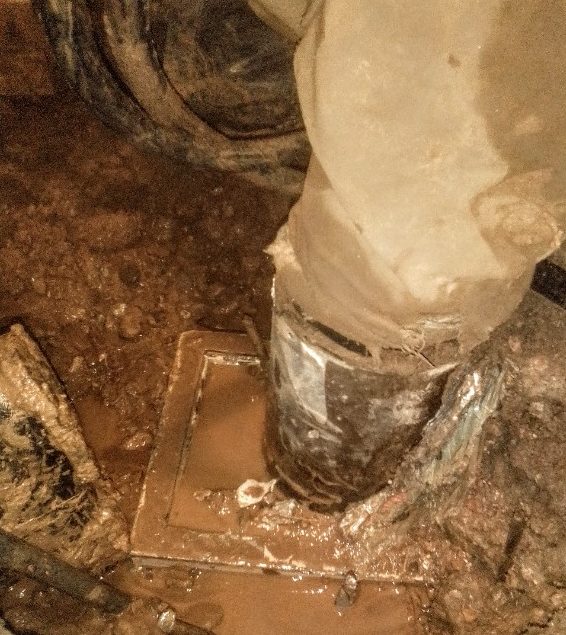 The 20-year-old is ‘locked on’ to the bottom of the 50-ft shaft, a method being used to prevent eviction which involves “a 20mm thick steel arm tube running through a wrought iron safe encased in a block of concrete buried at the bottom of the downshaft”.

But more than 17 hours later and bailiffs have been unable to break him free despite the use of machinery such as drills.

Bailiffs could be seen emptying buckets of muddy water believed to be from the bottom of the down shaft.

He is understood to have been offered safety goggles and a blanket and a paramedic is said to be making regular checks on his physical condition.

Bailiffs could be seen emptying buckets of muddy water believed to be from the bottom of the down shaft. 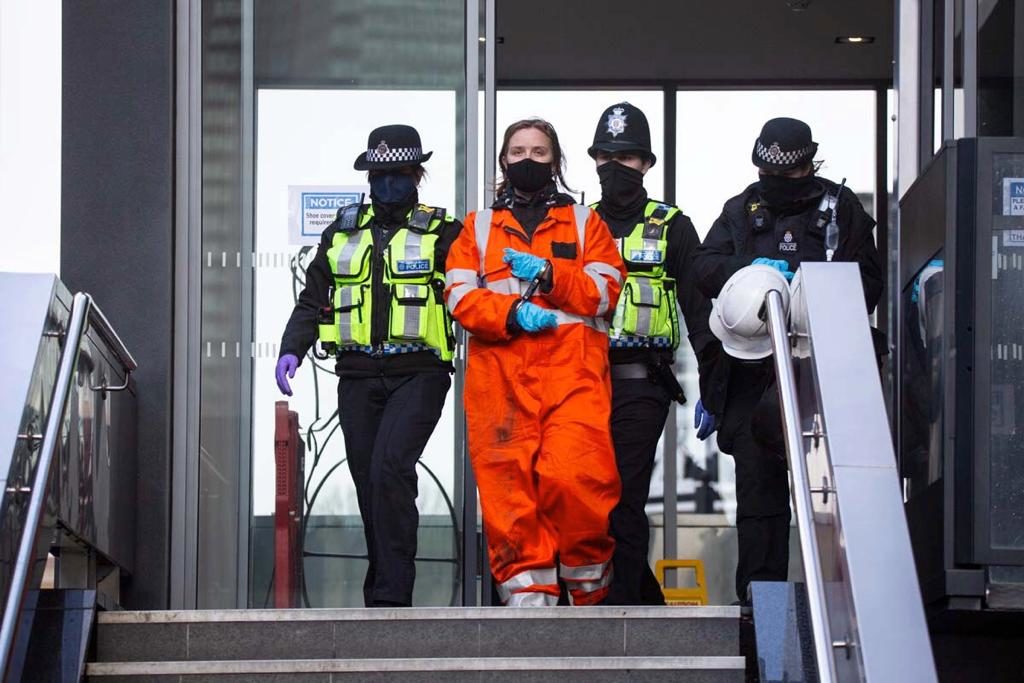 XR supporter being led away by police this week [Simon Lamrock]

A spokesperson from HS2 Rebellion claimed it could be hours yet until they remove him, adding: “Even once they have dealt with this, they still have to reckon with him also being locked on by his ankle inside one of the tunnels as well. It appears that he’s not going anywhere anytime soon.”

They will have to contend with removing the eight other activists who are further into the tunnel.

In a comment from Lazer, he said: “I’m only doing this because I don’t have a choice.  I shouldn’t have to, but we are now in a total emergency. The lives of people in my generation are being risked by carbon guzzling vanity projects like HS2.

“HS2 uses huge amounts of high carbon steel and concrete and it will only make the climate emergency worse.  It has to be scrapped now, and the money spent on something useful like health or housing.” 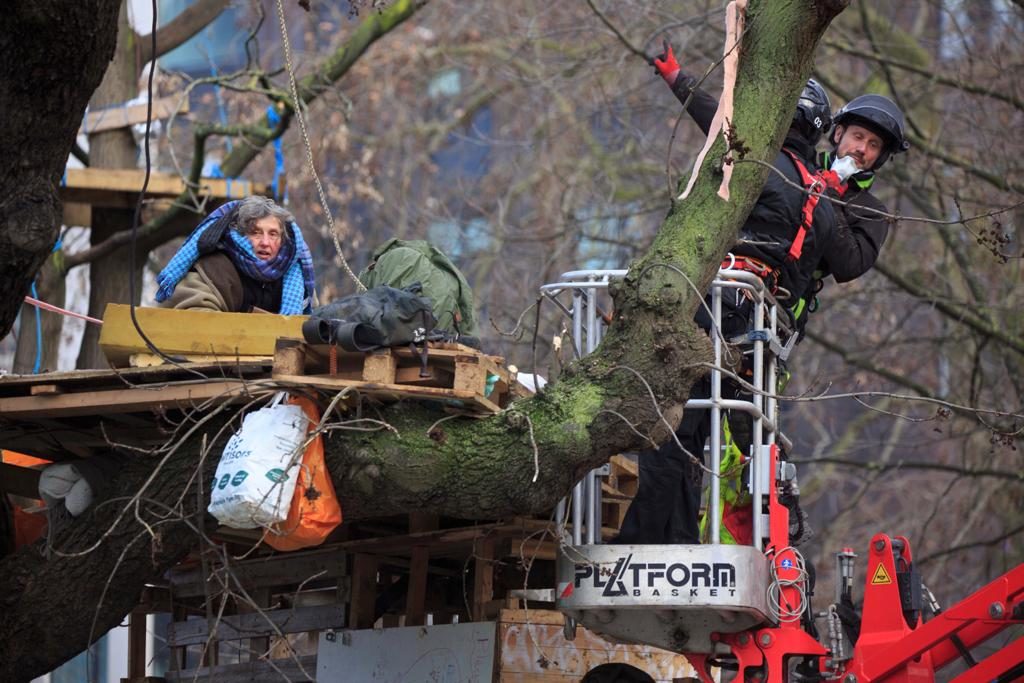 Marian, 73, the last protester to be evicted from the tree houses [Simon Lamrock]

The Royal Courts of Justice ruled on Tuesday that HS2 Rebellion should stop digging, give the eviction team a layout of the tunnels, and reveal exactly how many are underground.

In their latest statement, HS2 Ltd said: “The safety of those trespassing and that of the HS2 staff and emergency service personnel in this operation is of paramount importance. We are doing all we can to end this illegal action safely, and progress has been made with access secured to the underground tunnel.

“As has been reported this morning, the illegal trespassers have attached themselves underground, which increases the danger to themselves, but also to our team and the emergency services.

“The High Court this week issued an order to require the illegal occupiers to leave their tunnel.  Dr Maxey still hasn’t complied with the court order which also told him to provide information on the tunnels and its occupants. We urge Dr Maxey to comply with the order as soon as possible – for his safety and the safety of the other activists and the HS2 staff and agents tasked with removing them from the danger they have put themselves in.”

Demonstrators opposed to HS2 from around the country arrived in Euston to lock themselves onto the fences surrounding the gardens yesterday (Wednesday). Others gathered with banners at the HS2 offices entrance, while a number unfurled a banner from the top of the Friends House that said: “Homes, Habitats, Health care, Human Rights, Not HS2.” 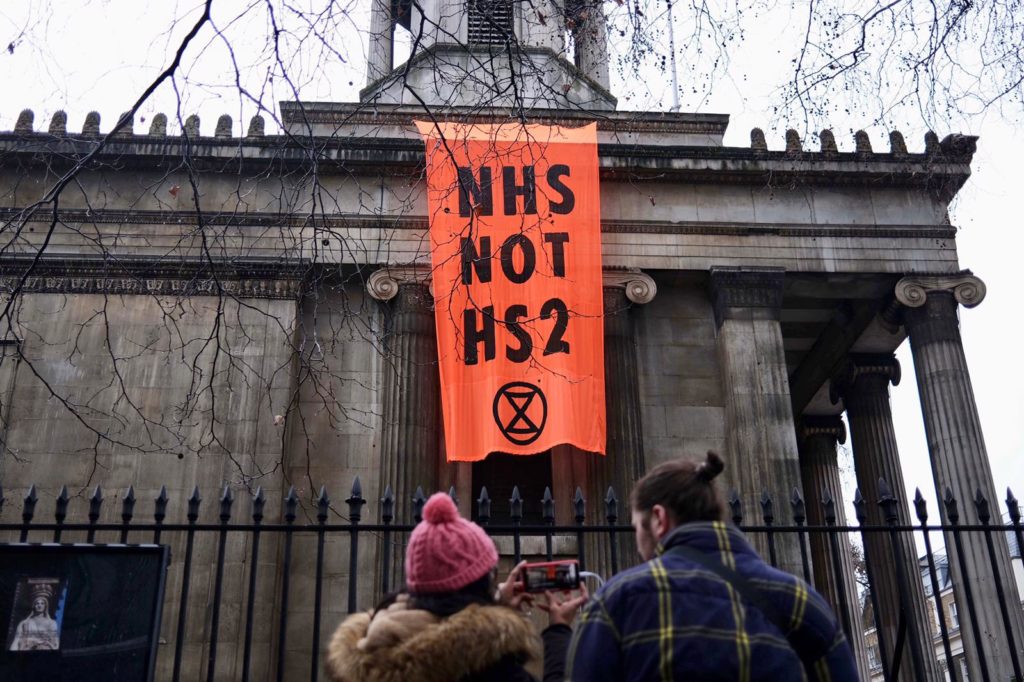 Extinction Rebellion [XR] activists dressed as HS2 contractors in orange high-vis overalls had the day before climbed on top of the HS2’s headquarters in nearby Eversholt Street unveiling a banner that said: “Essential work should heal not harm.”

On Thursday, a banner was suspended from the top of nearby St Pancras Church.

As of Friday (Feburary 5) morning, Met Police had arrested 34 people at the protest site and 21 fines have been handed out.

The arrests have been made in relation to various offences, including breaches of Covid regulations, trespassing and offences under the Trade Union and Labour Relations (Consolidation) Act.

A police spokesperson said: “Police remain on scene at Euston Square Gardens to prevent any potential breach of the peace and to uphold Covid legislation. Protest is not an exemption from these rules. Any allegations of criminality made to police, including allegations from those protesting at the site, will be assessed and acted on accordingly.”

Among those below the ground is well-known activist Dan ‘Swampy’ Hooper’s 16-year-old son which has caused the Town Hall to consider whether it has a “safeguarding role” to play in removing protesters from the camp.

The New Journal understands the Town Hall is in discussions with the police about the teenager’s welfare.

Council leader Georgia Gould has pleaded with the tunnellers to leave voluntarily. In a statement, she added: “I am deeply concerned about the risk to the health and lives of these protesters in these tunnels – from gas and electricity supplies, from the risk of tunnel collapse and from living underground for prolonged periods. I would urge everyone still at the site in Euston Square Gardens to leave the tunnel, make themselves safe and ensure that their voices continue to be heard in the national discussion about HS2 and the climate and ecological crisis.”

The HS2 scheme was originally proposed by Labour’s Lord Andrew Adonis, the self-styled Baron of Camden Town. It is supported by both main political parties, but has found fierce opposition among people questioning the cost and need, and the damage to the environment it will cause.

The land around Euston – including the Euston Square Gardens – has been valued at £6bn and is due to be sold off to private developers once the railway has been built.

HS2 Ltd maintains its railway work will not damage the environment and will benefit society in a variety of ways.

But residents in Camden – one of the worst hit areas – have not seen in that way: hundreds of homes and businesses are being demolished, while people are living through night building works and construction lorry pollution. Public greens have been shut off and tens of thousands of graves being exhumed from an ancient burial ground.

Works are expected to continue until 2036.