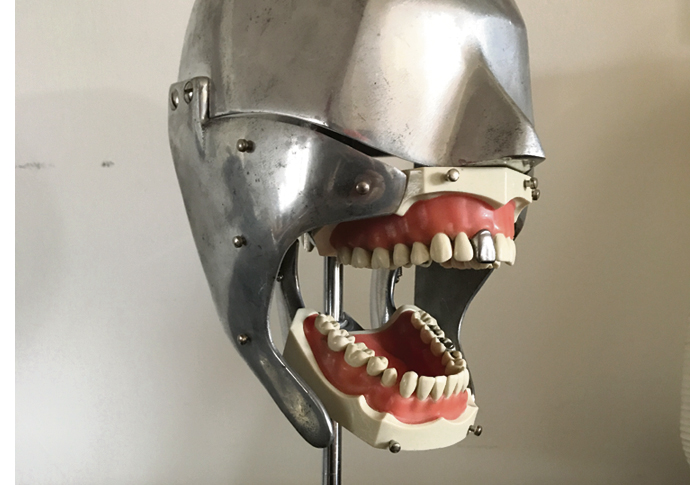 The Dental Phantom as bought by Jesse Hackett

IT was a striking piece of art, a skull-like figure cast in metal, and it immediately caught the eye of musician Jesse Hackett as he had some down time on tour.

The Kentish Town-based keyboard player was performing with Damon Albarn’s band Gorillaz last year when he came across the item in an antique shop – and it has led to new artistic direction and collaboration for the artist, a former Acland Burghley school pupil and internationally selling music performer.

Spotting the piece inadvertently led Jesse to forming a new partnership with Mariano Chavez, a Chicago-based visual artist who works in a number of different mediums, ranging from sculpture, prints, paintings and book-making.

Mariano also runs a business in medical antiques called Agent Gallery Chicago – and it was from here that Jesse purchased a vintage dental item.

“I found this piece that looked like a sculpture,” he recalls. “I was completely intrigued by it. It was called a vintage Dental Phantom.” Cast in aluminim, it dated from the 1930s and was Art Deco in style. 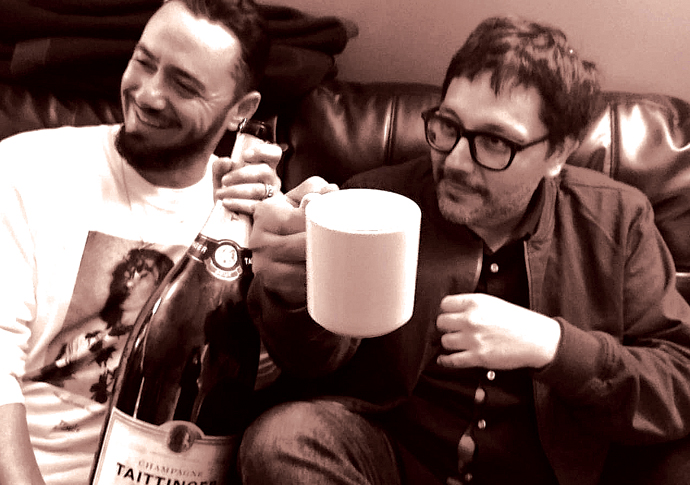 “I investigated further and discovered they had been created for students at dental schools to practice fillings and other dental work on,” he adds. “It looked futuristic, almost like something from 2000 AD’s Judge Dredd series.”

On his return to Kentish Town, Jesse began looking for further examples – and it was through his research he came across Agent Gallery Chicago.

“I got in contact with him and ended up buying a Phantom,” he recalls.

“We struck up a friendship. I showed him some other objects I’d collected and also some of my father’s [Bill Hackett] sculpture work. What transpired was this real, obvious connection of what we were both interested in.”

As they continued to talk, it became apparent they should work together.

The result is Teethagency.com, a moniker under which they put out art: it ranges from releasing music, books, and exploring themes of sculpture in film and photography. Jesse says the genre of recognising the aesthetic qualities of medical equipment has a long and distinguished past. “Henry Wellcome , whose works are now at the Wellcome Collection in Euston Road, had the foresight and intuition to realise these medical science objects were not just practical. You could take them out of the environment they were originally designed for and put them in a gallery, and they’d make striking pieces of art,” he says. “That is a thread that runs through Mariano’s work.” 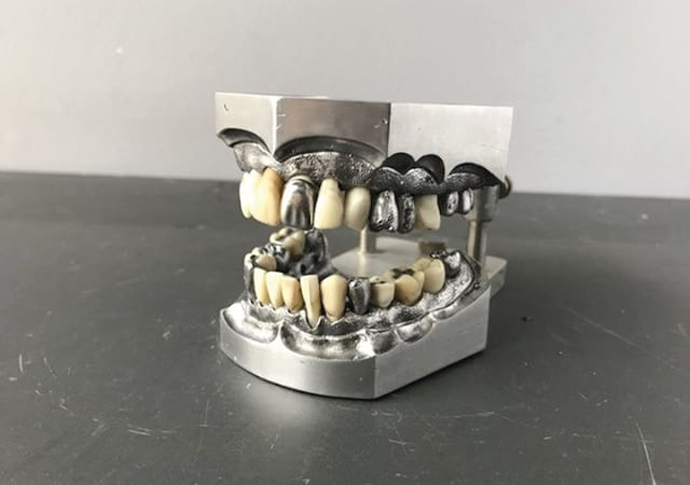 So far, they have collaborated on four recording projects accompanied by a mixture of book-based works.

“It has become an interesting way to make new compositions,” says Jesse.

Much of Jesse’s new music is  influenced by regular trips to Uganda, where he works with musicians and records pieces, and so it was a natural step for the Teeth Agency to use some of the African influences as a starting point.

A recent piece saw the pair use a figure made of snakeskin (titled Ghost) for a music art piece created in Uganda .

“Mariano grew up in Texas and had seen people hang snakeskins out on fences,” he explains. It is a tradition linked with Native American culture and Mariano, who has Native American ancestry, was interested in its back story and aesthetics. At the time Jesse was recording in Uganda with musicians from the Kampala-based contemporary record label Nyege Nyege Tapes – and he took the snakeskin costume with him.

“We felt it would work as a visual accompaniment to match our recording process,” he adds. “It is an art piece that becomes part of the music.”

The result is called Metal Preyers and will be released on vinyl and as a book later in the year on the Nyege Nyege Tapes label in conjunction with Teeth Agency. The musical art piece features ‘Ghost’ the haunting snakeskin figure in a number of Ugandan settings.

Another new piece is a “calendar” called Funeral Suits, which features images from a funeral director’s office, and is accompanied by what Jesse has titled a “Gothic Doom Jazz Soundtrack”.

Jesse is heading to Chicago in September for the opening of Mariano’s next exhibition Ouroboros at Ed Paschke Art Center, where he will perform.

“I have found working with  a visual artist really inspiring,” he adds. “Mariano is so productive, and a joy to work with.”

And the collaboration has offered fans of Jesse’s art a new way to look and hear his creativity.