How could this flooding chaos happen? Family calls for full inquiry 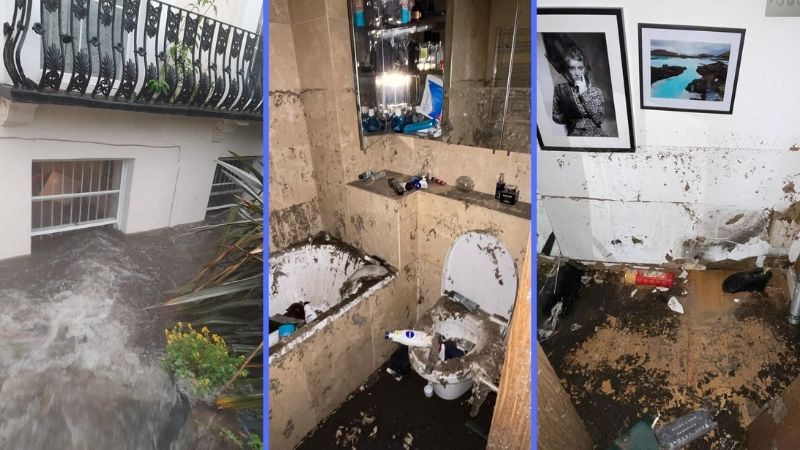 THE family of a recovering stroke victim who lost everything in a flash flood is demanding Thames Water takes responsibility.

A 59-year-old, who has lived in Belsize Road in Kilburn for 15 years and asked for only his first name, Mark, to be used, was left standing in the street with a small bag of belongings after sewage water destroyed his home earlier this month.

His daughter Jade Albertsen told the New Journal how water swelled to five-feet deep inside the basement flat where he lived alone. They did not expect him to be able to return for over a year but Thames Water says it cannot be blamed for destruction caused by the heavy downpour.

Ms Albertsen, a West End actor, said: “Everything is destroyed. He has nothing left – except one bag. The severity of the situation is so great – he is now homeless, vulnerable.  There’s obviously been a failure. There should be an investigation by Thames Water into what went wrong.

“It is a catastrophic level of damage to people’s property. All we want are answers, and for someone to come and tell us what is going to happen, how and when. No one is saying anything.”

The road was the worst affected by the deluge in the borough. 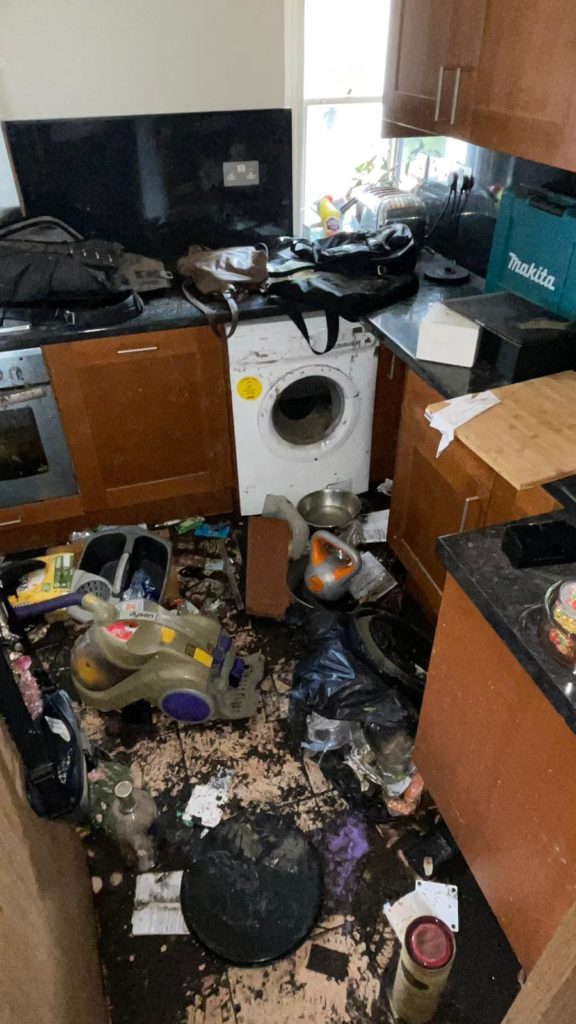 The wrecked kitchen, above, and bathroom 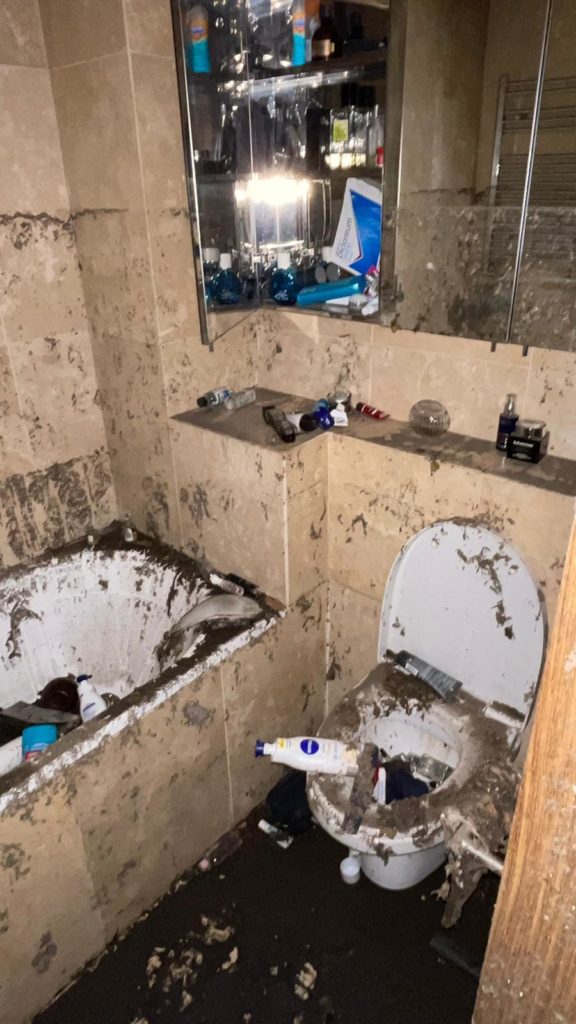 Ms Albertsen told how her father had to find a hotel himself. A leaseholder, he has been paying to live nearby, with no end in sight and no plan for recovery or compensation.

She said: “Since his stroke, he has not been able to do easy challenges. “Simple things are much harder for him to deal with. A week later he hasn’t heard from the council, from the insurance team loss adjustors. Me and my brothers are helping all day, but I spent two and a half hours on hold to Thames Water.

“My dad’s flat is one of the deepest flats in the street. The floors have blown up. “The doors are slammed tight. The bedroom smashed through. The water literally blasted through a wall of his en-suite into the lounge. “He designed the whole interior himself. 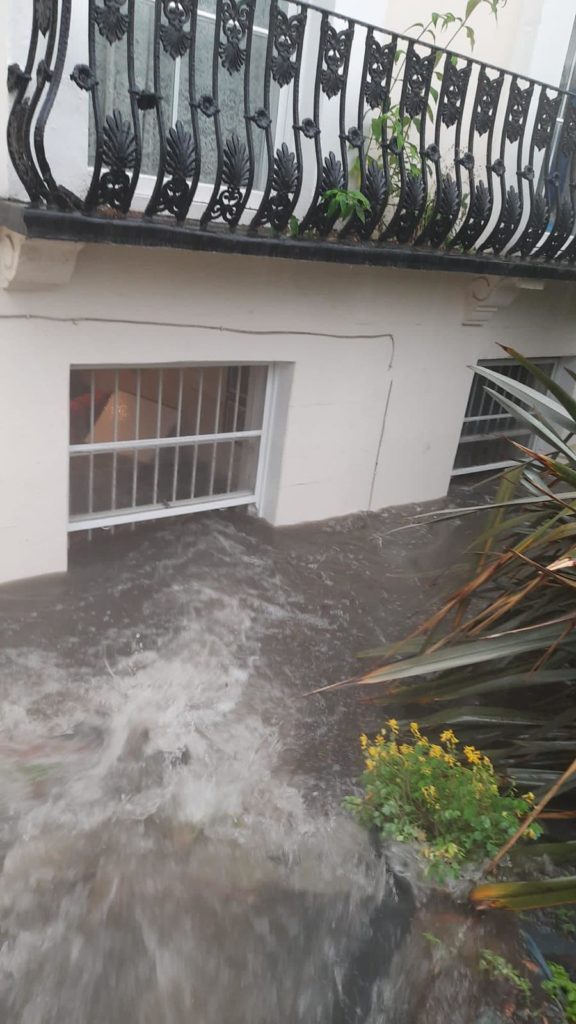 He literally had things built and designed for that house, special doors and special things. It’s not just a home.”

She told how in bizarre circumstances his sofa had floated up to the ceiling, and when it came back down his phone was found resting unaffected on its arm. It was the only piece of equipment the man, a cameraman by trade, managed to salvage with everything else washed away.

We reported last week on another terrifying experience in Belsize Road. Linda Denton, told how her council home of 45 years had been completely destroyed and she had “lost everything”. She clutched on to her husband’s hand as the flood broke through windows and gushed in on the pensioners’ home.

“We tried to stay calm, but I couldn’t believe it,” she said. “My daughter thought we were dead.”

Thames Water is supposed to have a £17million flood defence system. Built in 2015 specifically to protect around 350 homes in an area repeatedly damaged by sewage flooding in Kilburn, it failed once again leaving dozens of residents homeless.

Jody Thompson, who lives in the Kilburn end of West End Lane, said she had moved into temporary accommodation after her home was left “uninhabitable”, adding: “I had quite a few things of sentimental value – love letters between mum and dad. All dad’s jazz vinyl. All these things are all gone.”

Describing the flood, she said: “The rain had been really bad and it started coming up by the back door. Water was gushing out of manholes at the front. Sewage was gushing out of our toilets, bath. Our bath was half full with sewage. We were panicking as one of our cats was trying to hide under bed and the water was rising up quickly.

“We had to carry our little girl upstairs while on hold to 999. “We rang the fire brigade but they wouldn’t come unless it was a threat to life.”

A Thames Water spokesman said: “Having your home flooded by surface water contaminated with waste from the sewers is horrible and we sympathise with everyone affected. We’ve been visiting affected customers to arrange clean-ups of their properties and have members of our customer support team in the area. Anyone impacted by sewer flooding should contact us so we can visit them and clean up.”

In terms of compensation payments, the company directed the New Journal to a web page that said: “If you’re a household customer and the inside of your home is flooded with wastewater from our sewers, we’ll automatically credit your account.

“The amount will be equal to the annual wastewater service charge you pay for the property. Your eligibility depends on the severity of any damage, financial loss or impact on quality of life you’ve experienced.”