‘Artwork was like small, beautiful, incomparable pieces of my sister'

Angela Cobbinah talks to journalist Arifa Akbar about her new book, which charts her sometimes difficult relationship with her sibling who died 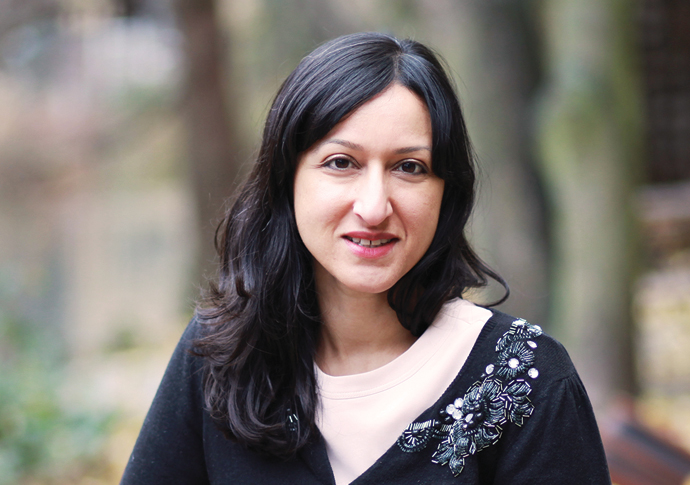 WHEN Arifa Akbar’s elder sister Fauzia died unexpectedly in hospital in her 40s, her neighbour tried to comfort her saying, “Don’t hold on too tightly. She’ll come back to you”.

Fauzia did return, not as a ghostly or dreamlike presence but as a larger-than-life figure in the book Arifa began writing in the sorrowful aftermath of her death.

Written from deep within the heart in hauntingly eloquent prose, Consumed charts Arifa’s quest to both unravel her grief and better understand her sister, a gifted artist whose depression and eating disorder robbed them of their once-close relationship.

It is also a story of migration, charting the siblings’ journey as small girls from a sprawling home in Lahore filled with relatives to a freezing Hampstead squat in the 1970s, and of the family dysfunction that left Fauzia feeling cast out, intertwined with erudite explorations of tuberculosis, the disease that killed her, and all manner of seemingly disparate subjects, from Keats and Munch to Antigone and La Bohème.

Above all, it is about the redemptive power of art, how her paintings, etchings and embroidery brought Fauzia joy in the midst of her unhappiness to create a singular legacy.

“Fauzia’s trajectory was sad but it was extraordinary and productive,” says Arifa over the phone from her home in Kentish Town.

“I was very despairing of my sister’s depression. But I have learned depression is not a fixed state. Within her depression, she had clearly not lost her personality or sense of beauty, her wit and dry humour. Her art work was joyous. Fauzia’s legacy is the way in which art connects you to the world.” 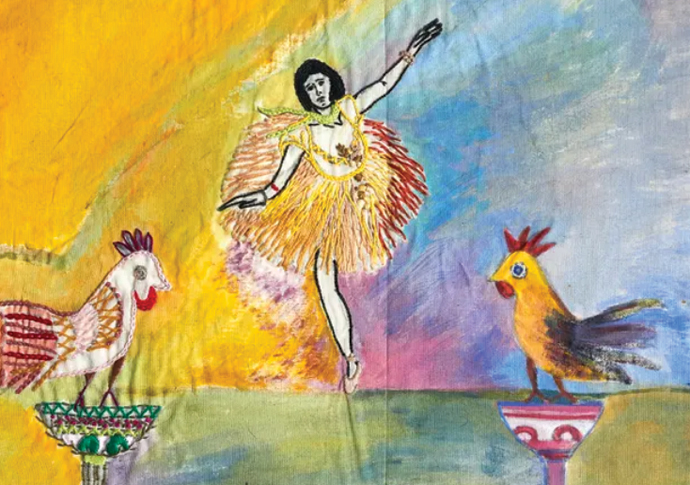 Arifa, a journalist of some 20 years standing and now the Guardian’s chief theatre critic, admits it was difficult to write such an intimate book, one in which their father’s rejection of Fauzia as a child, amounting to outright emotional cruelty, remained a troubling fixture in her problems as an adult.

“For me, my dad was an absolutely adoring father who always gave me confidence. But his relationship with Fauzia was difficult and spiky. He regarded her as a problem child, a daughter of lesser worth.

“He now suffers from dementia and is one of the unresolved issues of the book because I haven’t been able to give him the right of reply.”

Instead she offers a generously nuanced portrait of a man whose family disapproved of his relationship with the white woman he loved, forcing him into an arranged marriage he didn’t want.

The union was not a particularly happy one. “In his own way, he was a victim too. I am not apologising for him but trying to understand it all.”

The family’s traumatic arrival in London in 1977 didn’t help matters. They quickly ran out of savings and found themselves homeless, ending up in a room in an abandoned house in Hampstead High Street for six months.

“We were living in hiding in the centre of so much wealth,” Arifa tells me in her even, clear-eyed way. “I felt marked out by the poverty, it was so acute. We were often cold and hungry. It is something that stays with you and even up to my 30s I felt incredibly grateful to be in a room with heating.”

Fauzia, left, aged 7 and Arifa aged 4, at their grandparents’ house in Lahore, Pakistan in 1976. Images courtesy of Arifa Akbar

Being older by two years, she concludes that Fauzia must have been affected more deeply by the brutal dislocation from Pakistan and ensuing hard times.

After being rehoused by Camden Council in Fellows Road, the family began to slowly settle down to English life and it was at St Paul’s primary in Primrose Hill and later Parliament Hill School that Fauzia’s artistic talents shone bright. “It was clear to everyone that she was gifted,” says Arifa.

But in her mid-teens she became depressed and fell into a cycle of binge eating and purging. She became a difficult person to be with and, inevitably, her creativity took a back seat.

After being accepted onto a fine art course at St Martin’s following A-levels, she dropped out. But in her early 30s she experienced a lightbulb moment when she began attending sewing classes, discovering a passion for embroidery and incorporating it adventurously into her art.

This encouraged her to at last return to art school, in Camberwell, where she produced a prodigious amount of work in a short time before falling sick with mysterious breathing problems in 2016.

Estranged for a numbers of years, the siblings rekindled their bond at Fauzia’s bedside at the Royal Free Hospital.

Misjudged for most of her life, it was here she was to suffer her final indignity when doctors only diagnosed that she was suffering from tuberculosis when it was too late to save her.

“I was so appalled with my experience of the Royal Free, the great delays, the defensiveness, the insensitivity,” Arifa says ruefully. “Fauzia was often misunderstood by doctors. I certainly suspect that they didn’t see her as a reliable witness of her illness.”

All that was left of Fauzia was the artwork that Arifa discovered like lost treasure in her Fitzrovia flat.

It contained “small, beautiful, incomparable pieces of her” that would yield new knowledge of the sister she loved dearly but had also misunderstood.