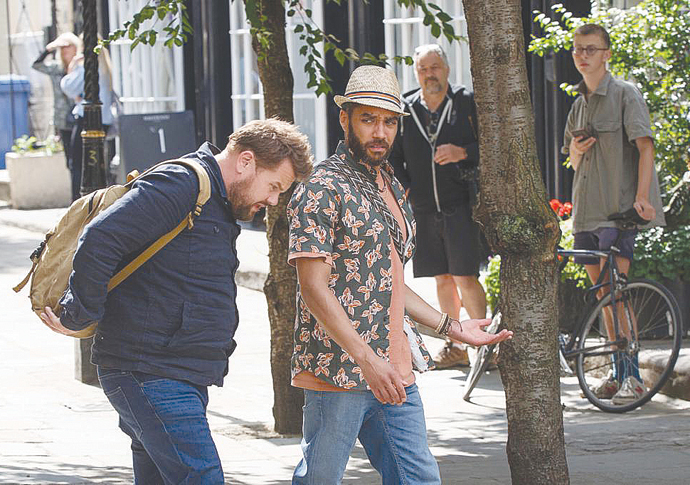 MAYBE they should save time and leave a “filming in progress” sign up in Duke’s Road in King’s Cross permanently – such is the popularity of the back street as a shooting location.

On Tuesday, The Late Late Show host and Gavin and Stacy star James Corden turned up for the production of his upcoming Amazon Prime comedy series, Mammals. 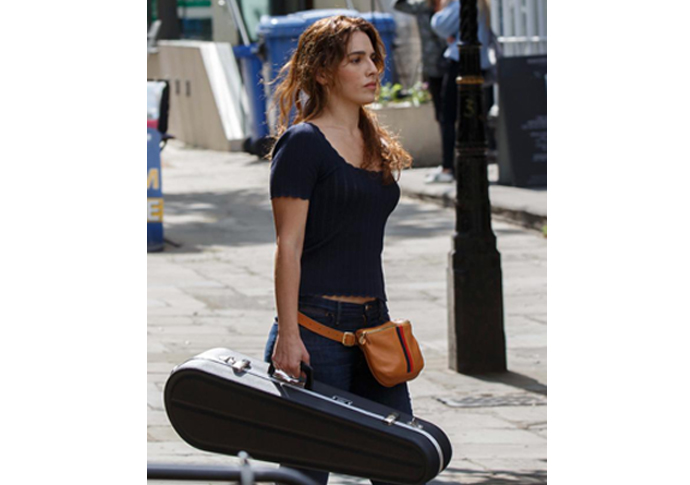 Melia Kreiling gets ready for a scene [Simon Lamrock]

He was seen trying to retrieve a violin case that had been thrown into a rubbish bin by a character played by Filthy Rich actress Melia Kreiling (above).

Duke’s Road, leading into picturesque Woburn Walk, has now regularly been a go-to location sought by directors due to its backdrop and minimal disruption.

Among many examples, Eddie Redmayne filmed scenes for The Aeronauts there, and Paloma Faith was in the same spot in Pennyworth.