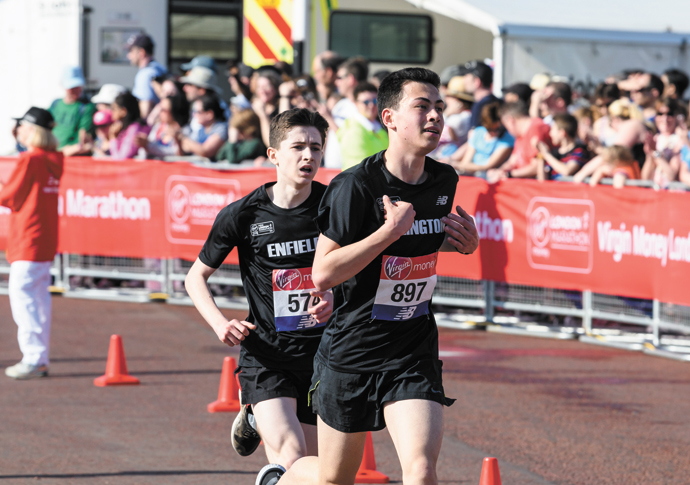 Islington’s Kenneth Boulton closes in on the finishing line

SPORTING stars of the future followed in the footsteps of new British record holder Mo Farah on Sunday when they raced around the capital in the Mini London Marathon.

Youngsters, including a team of 34 athletes from Camden and 24 from Islington, battled sweltering conditions as the famous race day recorded its hottest ever temperatures. 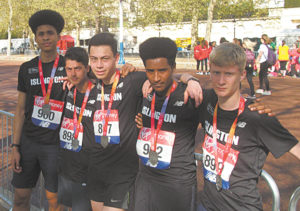 But the rapidly rising heat didn’t deter the 11 to 17-year-olds who whizzed around the last three miles of the main marathon, starting at Old Billingsgate Market, and running along the Embankment before finishing at Buckingham Palace and the Mall.

It’s a course that Farah knows well having won a hat-trick of mini-marathon titles for the London borough of Hounslow as a teenager.

On Sunday the four-time Olympic champion finished third in the main event as he completed the 26.2-mile challenge in two hours, six minutes and 21 seconds, beating Steve Jones’ 33-year-old British record in the process.

A new record-breaker could, however, be hot on his heels as the next generation of racers took to the road in the mini-marathon. 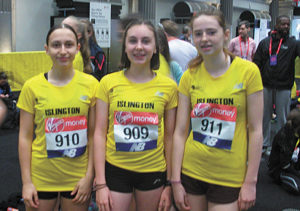 Camden’s top team results came in the Under-17s age group. Lia Radus finished eighth out of 128 runners with her time of 18.02, helping the girls’ Under-17s team finish in fifth place overall out of the 33 London boroughs. 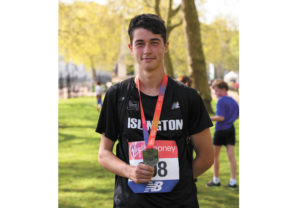 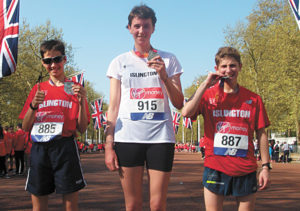 Team manager Ben Dorsett, from Camden Council’s Sport and Physical Activity Service, said afterwards: “We’re more than happy with our overall turnout. All the young runners made their borough proud as they gained good times in what were very testing conditions.” 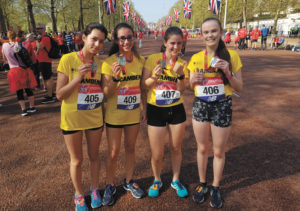 Among the top performers for Islington was Under-13s speedster Jack Davis-Black, who completed the course in 17.56 minutes, pipping London Heathside team-mate Bedo Draskoczy across the finishing line by just four seconds. 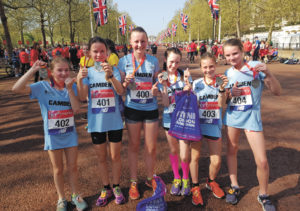 The Camden girls’ Under-13s team show off their medals

They finished in 14th and 17th spot respectively out of a field of 179 runners, helping Islington’s Under-13s boys’ team to a fantastic sixth place finish overall. 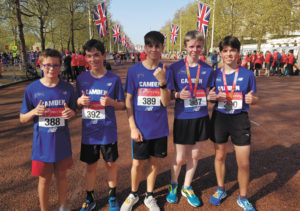 In the girls’ Under-13s race, Iris Coleman, from Highbury Grove, once again improved her personal best as she recorded a time of 21.59. 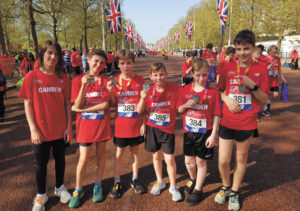 In the Under-17s boys’ race the star performer was Lemi Mideksa, who smashed David Keto’s Islington record with a time of 16.33 – shaving 19 seconds off the previous record. 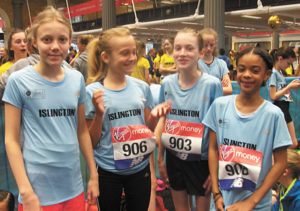 Daniel Bank, Islington’s London Youth Games co-ordinator, praised all the athletes for their efforts: “To think, when we had 150-plus kids at the Inter Borough Challenge in March, we were worried it would be called off for snow.

“Now, six weeks later, it was the hottest London Marathon on record. That takes a lot of adjusting for the young people.”