Hotel for rough sleepers saved lives, but will close

More than 100 people helped off the streets by pandemic project 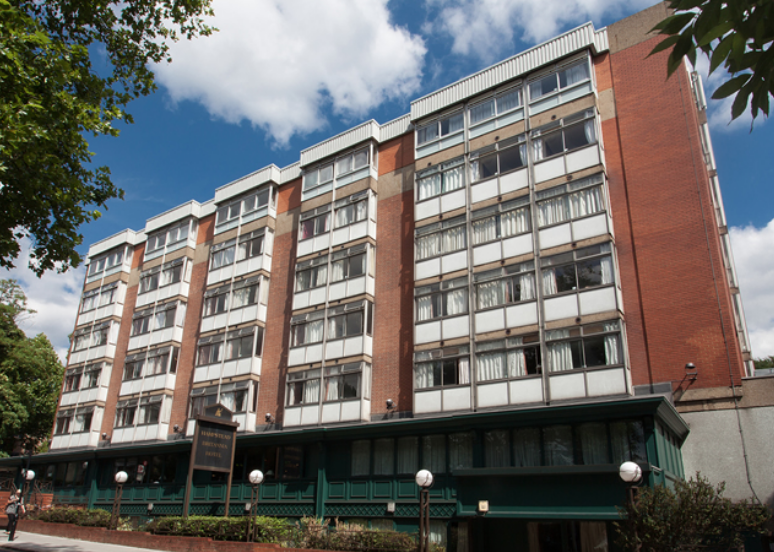 AS funds for housing all street sleepers run out, more than 100 people moved into a Belsize Park hotel months ago have now been rehoused elsewhere in time for Christmas.

The success of the policy, however, has provoked warnings against suddenly bringing to an end measures taken to help rough sleepers.

And there is concern that winter shelters and soup kitchens have been forced to limit their offers this Christmas due to Covid health restrictions.

The Britannia in Belsize Park was booked up under the “everyone in” policy but funding is due to come to an end next month and the hotel returned to its normal use.

Jon Glackin, from the Streets Kitchen homelessness group, said: “At the start of the pandemic, a whole collection of groups came together and called for hotels to be opened up for rough sleepers. Since then many have been helped inside, so it’s dreadful to hear they are closing in the new year.”

He added: “These hotels should absolutely stay open so they can carry on helping people as more and more are made homeless.”

Matt Turtle, the co-founder of the Museum of Homelessness, said: “The council has said that people have ‘move-on’ plans and we hope that’s true but the reality on the ground is that we are seeing growing numbers on the streets.”

It has been suggested that the scheme at the Britannia may have saved the NHS millions of pounds by cutting the risk of infections on the streets.

A team of council and NHS workers were installed in the hotel that gave health experts a “unique opportunity” to assess and organise treatment for some of Camden’s most vulnerable people, according to a Town Hall report.

The Britannia health team significantly increased attendance to hospital appointments for HIV and hepatitis treatment and also for any psychotic medication injections and mental health counselling.

Homeless people were discharged from hospital much quicker because doctors knew they had somewhere warm and safe to recover.

Critically, the small team of council and NHS workers prevented an “outbreak” of Covid in the hotel and infections were “incredibly low with only one positive case”.

The council report said: “Unlike other major cities around the world our response was a huge success in preventing infection rates among the homeless community.”

The Single Homeless Project (SHP) which was funded to run the hotel said all of the 107 single homeless residents have been put into “safe, secure accommodation in time for Christmas”, adding: “Without the holistic, multi-disciplinary approach taken by the Britannia project, this would not have been possible.”

Camden Council leader Councillor Georgia Gould said: “This was really one of the most powerful forms of integration in terms of changing people’s lives that I’ve seen.”

Although the hotel will still be in use for the project for Christmas week, several of the soup kitchens and temporary shelters in London are not in place this time.

Jon Sparkes, chief executive of Crisis, said: “Christmas can be a very demoralising time to be homeless and incredibly dangerous for anyone rough sleeping and exposed to the elements. With rates of coronavirus rapidly rising in London, it is more important than ever to support people off the streets and into safe accommodation.”

Mr Glackin said Streets Kitchen would be serving burgers and chips in the evening on Christmas Eve outside Camden Town tube station and would be back out on Boxing Day. On Christmas Day they will be out at 7am and 3pm.

Streets Kitchen is looking for somewhere in Camden they can collect donations of food and presents. They are inviting members of the public to donate chocolate and also pairs of socks giftwrapped for rough sleepers to open. People are also welcome to join them on outreach, Mr Glackin said.

Are you a group or individual providing a service to homeless people this Christmas Day? Get in touch: editorial@camden newjournal.co.uk