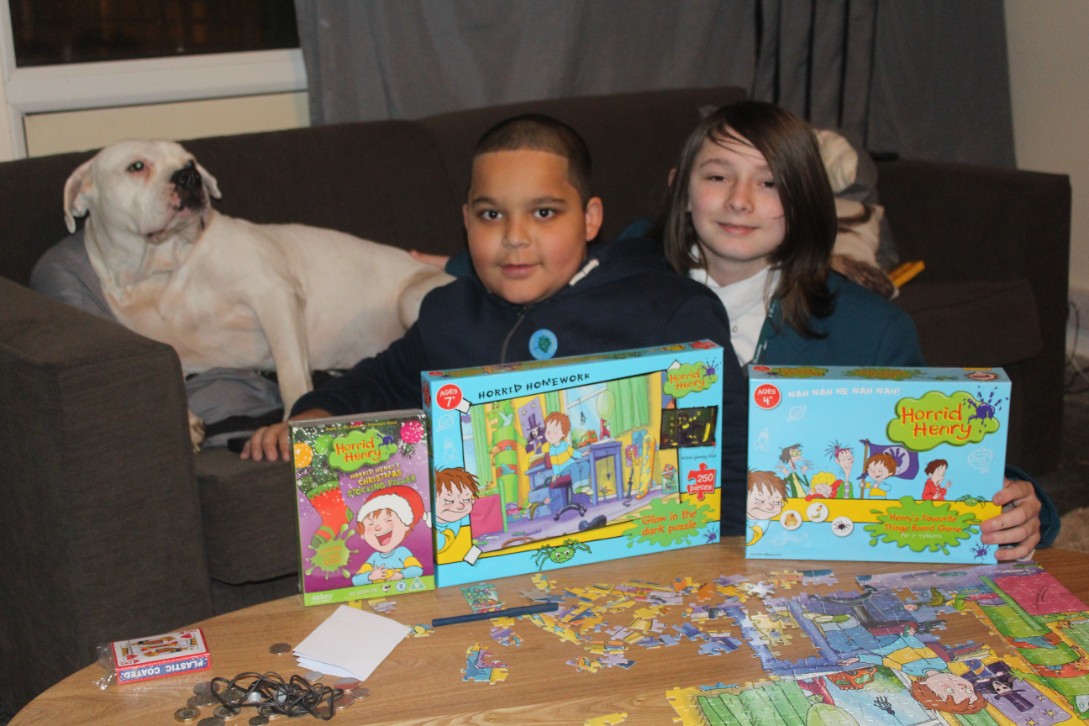 Daniel and Bobby with their Horrid Henry gifts

PRODUCERS of a hit children’s TV show dispatched a bundle of early Christmas presents to two boys whose home was destroyed in a fire, after reading of their plight in the New Journal.

The youngsters, whose neighbour died in the blaze at the council-owned block in Daleham Gardens, Hampstead, appeared in the New Journal earlier this month when their hamster was rescued from the charred remains of their home.

The boys revealed that the pet was named after a fictional hamster “Fang”, who appears in the kids’ favourite Horrid Henry. After learning of Fang’s lucky escape, Novel Entertainment contacted Tanya Ley, offering to send goodies to her eight-year-old grandson Daniel and 12-year-old son Bobby, including puzzles and DVDs.

Ms Ley, said: “The boys were so excited to get the parcel. It was lovely of them to think of us.”

The family have been provided with a new home in Gospel Oak, but nearly all their possessions are in the house which is too unstable to enter. They do not know if it has all been destroyed in the blaze or damaged by water that was used by firefighters to douse the flames. In the meantime they are facing Christmas in a sparse new home with no real oven, freezer or curtains. They have been provided with an electric grill and two hotplates.

Ms Ley said: “I’m just trying to think how I’m going to cook a turkey in there.”

The cost of relocating and replacing all their essential items has left little for Christmas celebrations and the family are yet to be able to purchase a tree. Ms Ley said: “All our decorations that we’d bought over the years were in that house, but we’ve been told there’s no way we’re getting back in there.”

Fang was rescued by a builder, who told Ms Ley that he had been saved by a boiler that prevented his cage from being crushed by a collapsed ceiling.