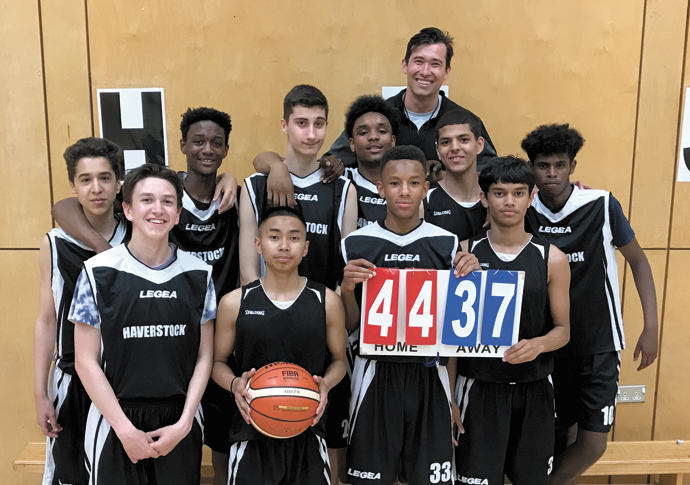 The final against Acland Burghley was tied at 37-all before reigning champions Haverstock scored seven unanswered points in overtime to win the Under-16s event 44-37 – sparking wild scenes of celebration at their home court in Chalk Farm.

Coach Alek Kolga, who took charge of the team for the last time before moving back to Canada, said he was “extremely proud” of all of his players.

He added: “This is a very special group of young men who demonstrated what it means to be excellent student athletes.

“It’s an honour to have them representing the school.”