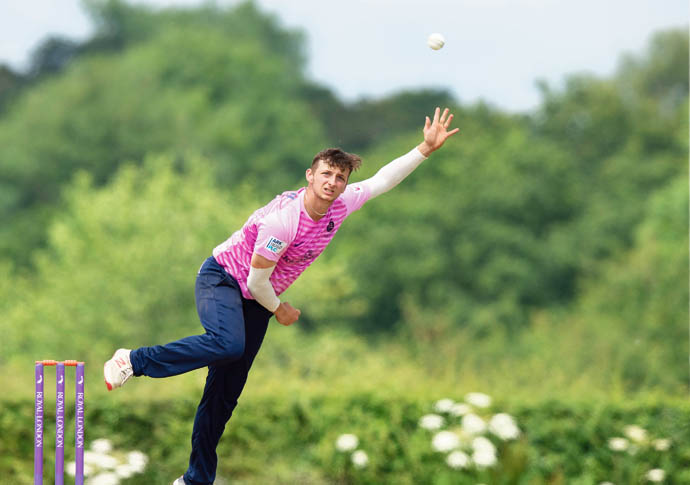 LUKE Hollman smashed a well-crafted century on Saturday to lead North Middlesex to a convincing 164-run victory over Shepherd’s Bush in the top-flight of the Middlesex County Cricket League.

Having won the toss, the defending champions opted to make the most of their home advantage as they put themselves in to bat at their Park Road ground.

Hollman shone in the sun as he scored 128 from 122 balls in a resilient knock that included 14 fours and four sixes.

It was a performance that helped forge the perfect stand with fellow opener and Middlesex County teammate Joe Cracknell, who hit 71 as North Midd put 125 runs on the board before the fall of their first wicket.

With Liam O’Driscoll adding an unbeaten 40, the home side posted a whopping score of 341-9 from their allotted 50 overs – the biggest total of the afternoon in the Premier Division.

Hollman was just as lethal with the ball in hand as he took five wickets at the expense of 49 runs in a 10-over spell.

With Alex McQueen chipping in with figures of 3-33, Shepherd’s Bush only managed 177 in reply before losing their final wicket in the 37th over.

Joe Carrasco did his best to fire the visitors as he scored 91 before being caught by O’Driscoll off Hollman’s bowling.

The win leaves North Midd third in the table with 21 points from four games, 10 points behind leaders Ealing in the shortened season of just nine games – due to the pandemic.

Sixth-place Hampstead are also one of the five teams on 21 points following their nine-wicket win over Twickenham on Saturday. England and Middlesex fast-bowler Steven Finn marked his second appearance for Callum Jackson’s side by taking the wicket of visiting opener Sanjit Sandhu at Lymington Road in West Hampstead.

But the star of the show was Scott Barlow, who collected a six-wicket haul while giving away just 24 runs as Twickenham were bowled out for 106 in the 35th over.

It proved a comfortable target for Hampstead, with openers Jackson and Mubasher Hassan scoring 58 and 29 runs respectively as they eased to a winning score of 110-1 within 17 overs.