Hits and misses as boxers take on capital fighters 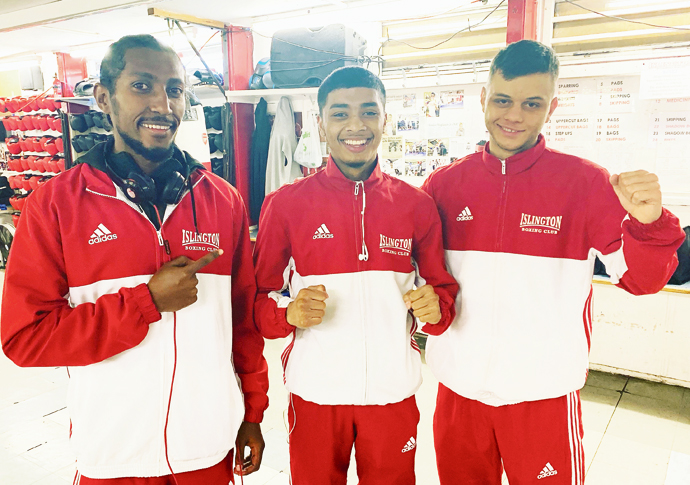 THERE were mixed fortunes for boxers from Islington Boxing Club on Friday when they stepped between the ropes at the Dagenham Roundhouse in east London for the preliminary rounds of the London Development Championships.

Competing in the Under-69kg Class A division, Kahsay “comfortably won” the first two rounds, leading Fareed’s corner to retire their boxer before the start of the third round.

The win saw the Islington BC boxer return to the ring on Saturday, where he defeated Repton’s Onur Groogan on a unanimous decision to reach the semi-finals, which are being held tomorrow (Friday).

The opening night also saw an all-Islington BC showdown between Islam Llabjani and club-mate Kevin Agbodzah. At the end of a thrilling three-round contest, it was Llabjani’s arm raised in victory, as he won the Under-69kg Class A bout courtesy of a 4-1 split decision.

On Saturday, however, Llabjani was defeated on points by the currently unbeaten Precieux Noka, with the Croydon Boxing Academy fighter winning both the first and last rounds.

There was further success for Islington BC, which is based in Upper Holloway, when Ruhel “Bob” Miah defeated southpaw Alex Breen from Danson ABC via unanimous decision in the Under-56kg Class B division.

“Judah Meade [who was given a bye] and Kahsay will now box again on Friday in the semi-finals, while Bob, George Bartlett and Odera Okwuosa are all boxing in the finals on Sunday, where they will be hoping to be joined by their teammates. It will be a busy weekend.”