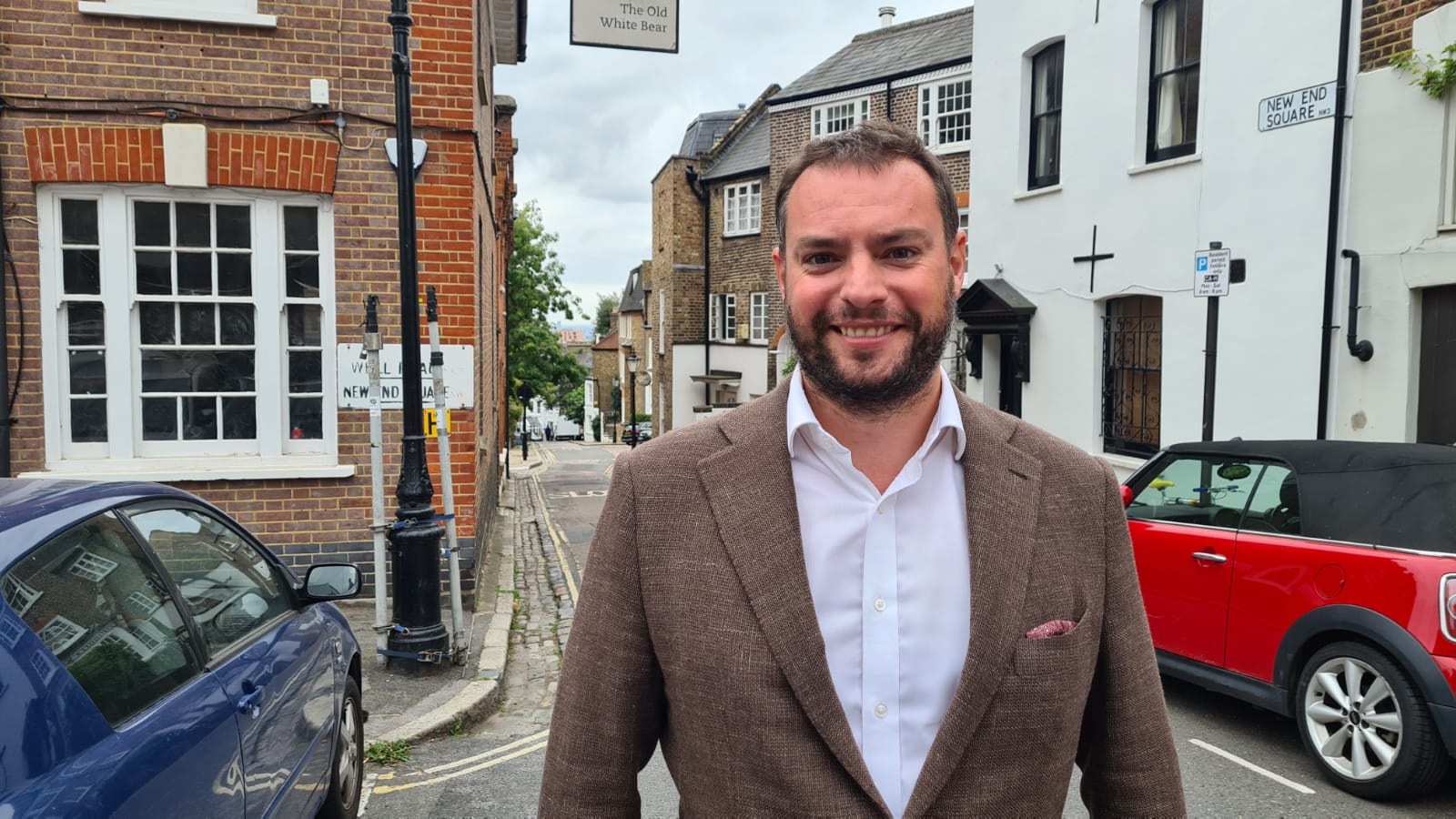 A HISTORIC Hampstead pub which has been shut for seven years could be back open in time for Christmas.

The Old White Bear in Well Road has been at the centre of a community campaign to have pints pouring there again.

And now Sam Moss, the landlord known in Camden for bringing the Albert pub in Primrose  Hill back from the abyss, has signed a lease to make that happen.

He said he is aiming to be serving customers from late November this year if building work runs to schedule. 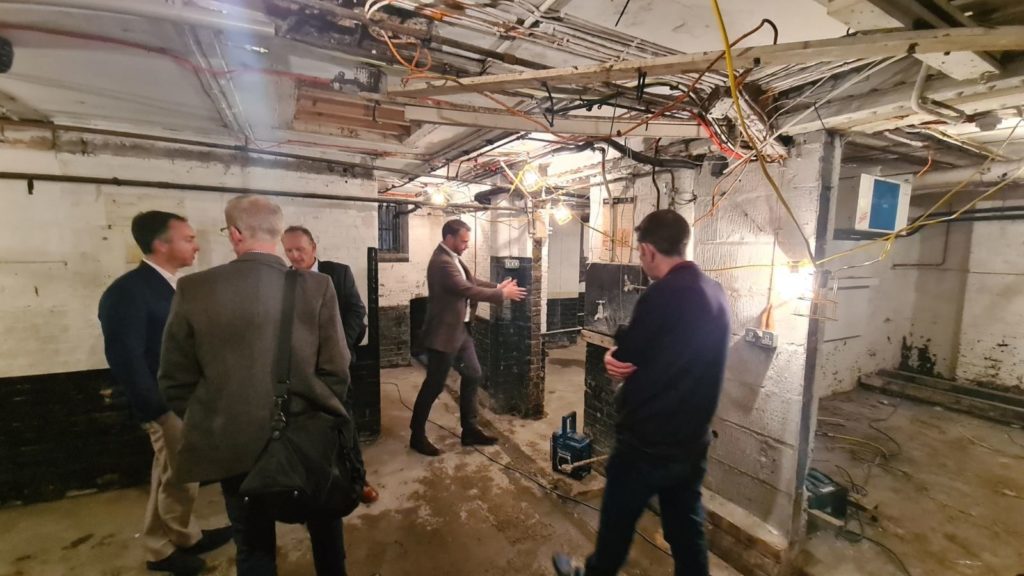 A peek inside the cellars for the New Journal

Mr Moss, who showed the New Journal inside yesterday (Wednesday), said: “It’s really exciting and we’re really excited to be able to bring this pub back to life. We’ve had our eye on it for a little while and when we were talking to the campaigners about the Albert, they kept on mentioning the Bear as well.”

He added: “I’m signed up to all these alerts and I couldn’t believe it when the email came through and said it was available. These things take a long time to get everything sorted and signed off, but we’re happy to be getting everything underway.”

Its reopening would mark the end of a saga that has run since 2014. It saw the pub nearly turned into flats; a school move into its former function room upstairs and it was twice granted asset of community value status.

There have been moments of hope that it would reopen but none as firm as this one.

It was previously owned by Melissa Remus, the former owner and headteacher of the private Heathside School.

Her company failed to let the downstairs to a pub operator and later it went bust, and the management of the school was taken over by Duke’s Education. It has extended its lease on the first floor until 2022 so it can still be used as a classroom. Duke’s has no connection to Ms Remus and the school has completely new management.

Mr Moss, who owns the Leeds Brewery, said the offering would be similar to that of the Albert, with a focus on good quality beer, wine and food. He is also behind the Haverstock Arms in Steele’s Village.

“Hampstead has some great pubs and the Old White Bear should be up there with them,” he said.

“It’s similar to the Albert in that it has such a campaign behind it, that’s the first thing you see, and it’s such a positive to know you’ve got that groundswell of support already. This is not a major restoration project.” 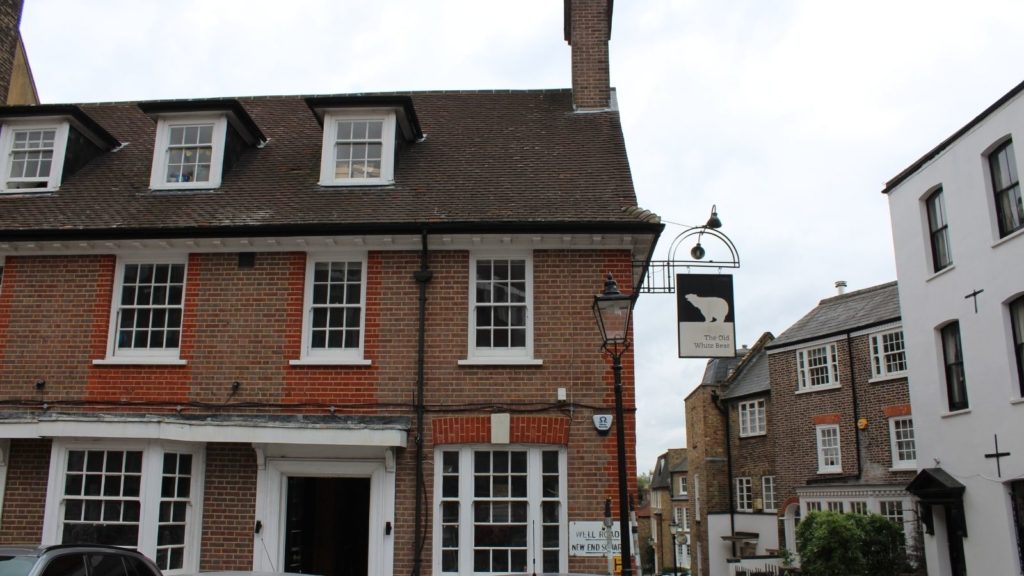 He added: “The building itself is in good condition, it’s just about putting our stamp on it. It will obviously be a new pub, but we want it to be bashed about and feel lived in by customers when they’re in over Christmas. It’s going to be a good London neighbourhood boozer.”

Builders have already taken the wooden bar out of the centre of the pub, and the furniture has been removed.

The cellar downstairs will be converted into a kitchen, beer cellar and toilets. Disabled facilities will be provided on the ground floor.

It’s believed the conditions of a licence granted in 2017 to publican Dan Brod would still be valid.

When asked why he is taking on another challenging project after the Albert, the 37-year-old said it was a no-brainer.

“I’m doing this because I, and we, are passionate about pubs,” he said. “We love pubs. If I’m not in a pub I own or am working in, I’m drinking in one. 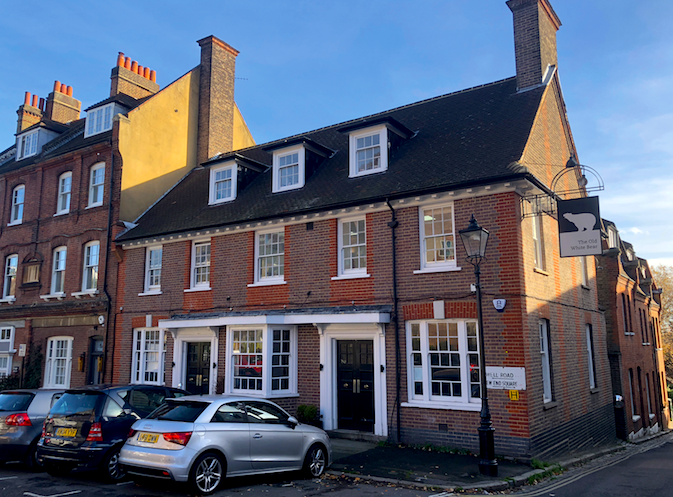 “It won’t just be our pub, it’ll be the community’s pub. There’s something about them, and about the atmosphere of them. You can’t measure it.

“It’s about having these spaces where people can go, where they might be living on their own, or not in a great place, and they’ll walk in and somebody will talk to you. That sense of community that is unique to pubs in this country.”

The revival of the pub will give the area one of its landmark features back.

In years gone by the area encompassing Well Road, Grove Place and Christchurch Hill was known as “White Bear Green”.

Guy Wingate, one of the leaders of the Save the Old White Bear campaign, met Mr Moss on Wednesday and saw inside.

He said: “I’m over the moon, after all these years it feels like a miracle. It looks we have the right people to make it work which is fantastic news. I never thought anything would happen with the school upstairs so I wasn’t expecting this.

“There has been such support for it. I’ve had 30 emails or so today asking what’s happening with it. Even all this time on people still care, and they will support the pu