Highgate dig battle: Is it a basement, or a lower ground floor?

Camden to rule on Fitzroy Park 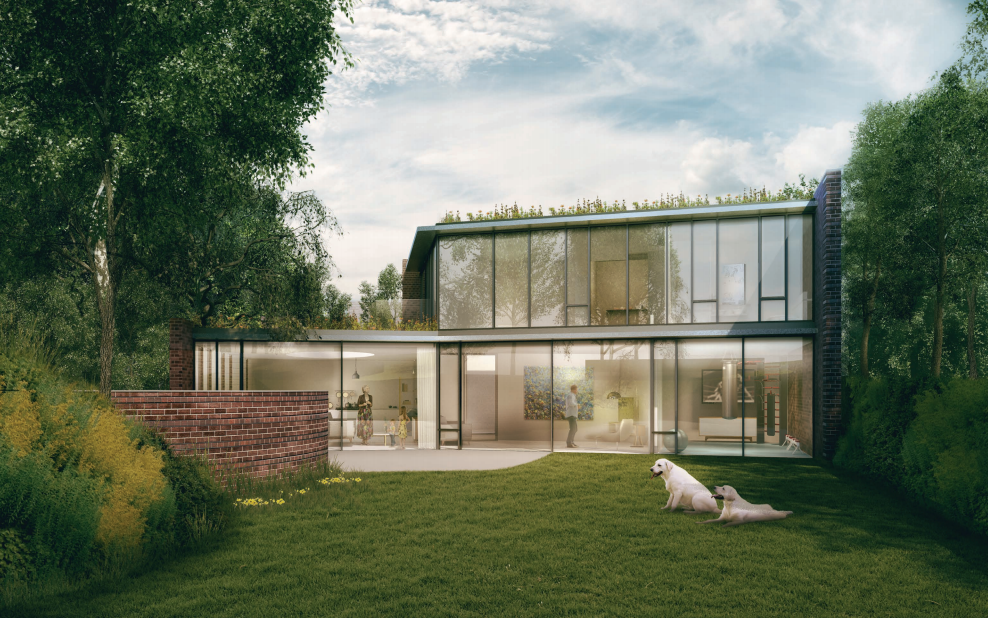 Artist’s impression of home planned for Fitzroy Park, next to Heath

NEIGHBOURS living in a quiet enclave bordering Hampstead Heath are locked in a dispute over what constitutes a basement dig, claiming that it should instead be classed as a “lower ground floor”.

The conflict has arisen after two families lodged plans to build five houses in one of Highgate’s most sought-after streets.
Geoffrey Springer, a property developer, has joined forces with Professor Lynne Turner Stokes, a leading neurologist, to redevelop a property in Fitzroy Park.

They have applied to demolish the house, which has been in the Turner Stokes family for 80 years, and build three houses for Prof Turner Stokes and her two daughters. A further two homes would then be built in the garden for Mr Springer.

They say the project will mean two families can continue to live in a street they call home and insist that the work will not intrude on their neighbours, or affect views from the Heath.

But objectors maintain the project is an overdevelopment in a sensitive spot – and that the amount of digging involved means it breaks Camden’s planning guidance on basements.

Opponents include Fitzroy Park Residents’ Association (FPRA), the Heath and Hampstead Society, the Highgate Society and Heath managers the City of London. They believe crucial errors and omissions have been made in the wide-ranging planning application.
Kenwood Ladies Pond Association has also lodged an objection.

“It is disturbing that these applicants continue to argue semantics on technical basement issues that pose significant risks, such as subsidence to Fitzroy Park upstream and the loss of important Heath habitats downstream,” she said.

“There should be a full basement impact assessment and there is not. The only people saying there are not five basements being proposed is the applicant.”

The Heath and Hampstead Society’s planning committee chairman David Castle said designs submitted to the Town Hall lacked crucial information, adding: “The application is unsatisfactory in every respect and should be refused.”

But Mr Springer insists the designs do not include basements.

“The homes will be of the highest architectural quality and we will landscape the gardens to improve their biodiversity,” he said.
Crucially, the applicants say the designs do not include basements – a point hotly disputed by objectors.

The land is on a slope, and Mr Springer said the project will cut into the earth to create extra rooms. He said: “They do not have basements, they have lower ground floors.”

He countered claims by objectors that the work could affect water courses running onto the Heath.

“We have employed a hydrologist and if we don’t make sure everything is done properly then we would not get past first base,” he said. “I can guarantee the work will not effect the Ladies Pond.”

Mr Springer added that the new homes will not take up any green space as they are positioned on what is currently an unused tennis court and garages.