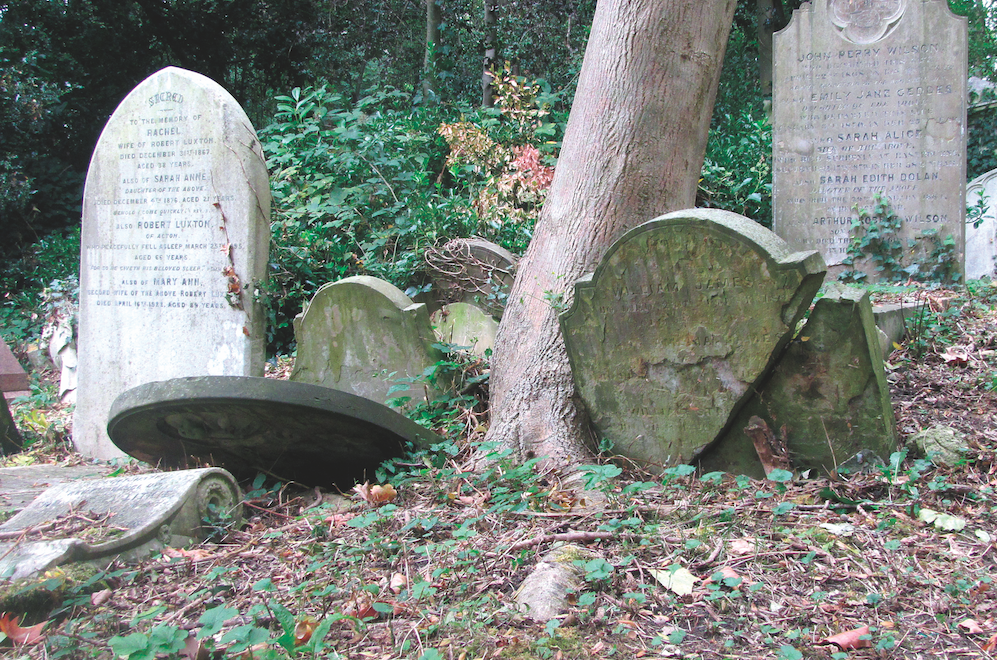 HIGHGATE Cemetery could halt new burials as space at the Victorian graveyard runs out, a new report has warned.

Cemetery bosses are asking for comments as they consider a variety of options to manage the two sites in Swain’s Lane in decades to come. The report, drawn up by surveyors Alan Baxter Ltd for the cemetery’s Trustees, considers whether the site is now becoming too full to offer spaces for burials in the long term.

Dr Dungavell told the New Journal: “We know we have to ration space for new graves, but there are ways of making room.” The cemetery has previously considered two solutions, known as “cramming” and “mounding”, but Dr Dungavell believes both would be detrimental to the Grade-I listed site.

One involves raising the ground by as much as 20ft in places create new earth to bury people in – a controversial system that has been used in the past. Cramming involves narrowing paths and cutting back on lawned areas. This is also considered to be a poor option, due to the effect it would have on the historic layout.

Dr Dungavell said: “Neither of these are suitable for a historic cemetery. It means you are destroying what makes it important.”

Other options include using up to 400 graves that were bought over 100 years ago but never used by their owners, or burying people on top of graves that go back to the Victorian period.

Dr Dungavell said: “Alternatively, we could say we have now reached the time where it should not be a cemetery for new burials. However, would this mean losing the spiritual connection that people feel? Many feel the cemetery reflects on the achievements of those who have gone before us and if you stop new burials, that connection is lost.”

He added that new burials – which in recent years has included such figures as the writers Beryl Bainbridge and Douglas Adams – “means Highgate remains relevant and keeps it as a repository for memory.”

The management of woodland is also considered.

Dr Dungavell said: “In the past there has been a system of allowing nature to gently take over the site.” But the report has found that ancient trees are at risk of being crowded out by self-seeded sycamores and ash trees.

The report considers whether tourists visiting monuments to the likes of Karl Marx – and providing vital funds – should be further encouraged.