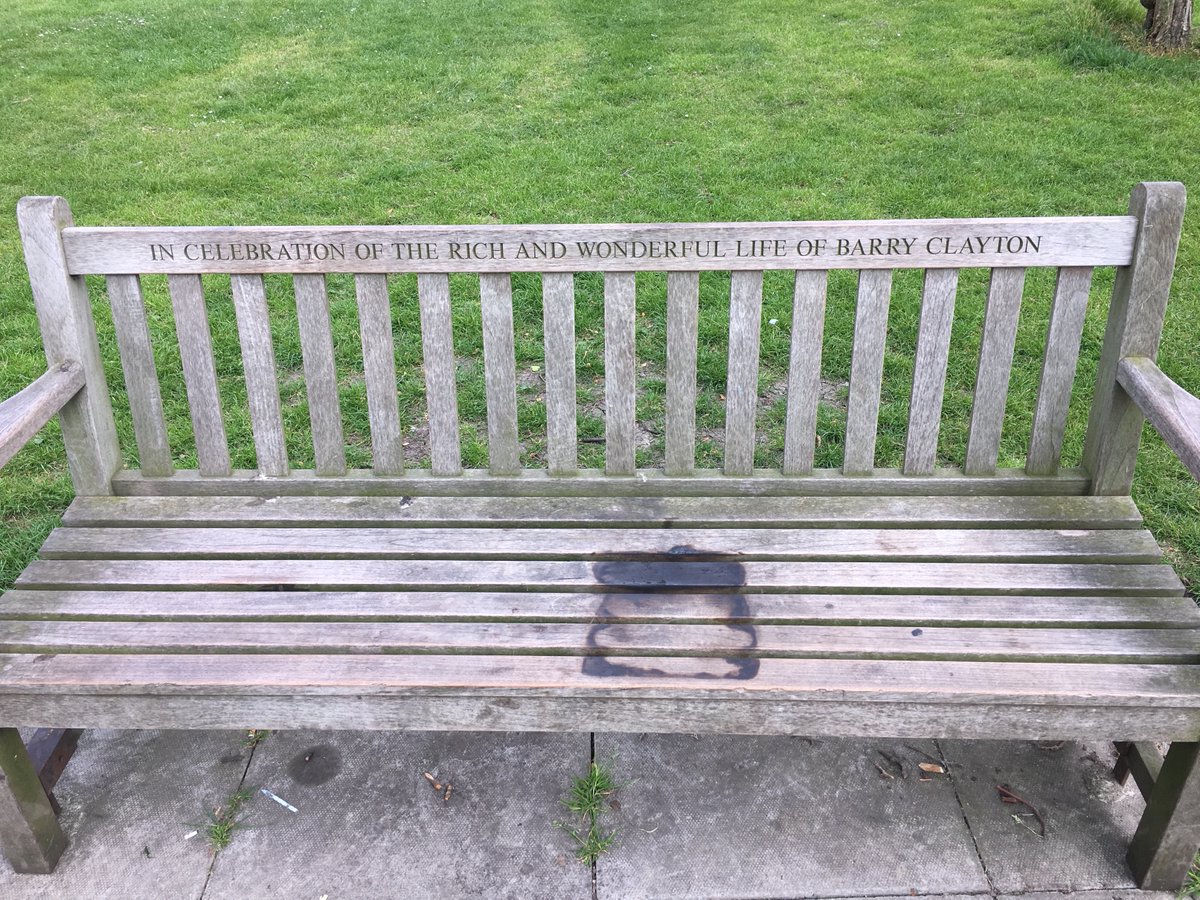 The patch is thought to have been caused by a tin foil barbecue. Photo: Save Highbury Fields

THE row over barbecues in Highbury Fields hotted up this week after a memorial bench in the park was damaged by what appears to have been a tin foil barbecue.

The wooden bench in tribute to voiceover artist, actor and director Barry Clayton has a burnt patch after last weekend’s hot weather.

Barbecuing in High­bury Fields – at 20 acres the borough’s biggest open space – is permitted after Islington Council overturned a ban in 2011.

But a growing campaign led by the Save Highbury Fields residents’ group says sizzling grills cause high levels of harmful air pollution, disposable barbecues damage the grass, and rubbish and leftover meat are strewn across the park on busy days.

Commenting on the damage caused to the Clayton bench, opposition Green councillor Caroline Russell said: “It’s really sad that people are so thoughtless about using these tin foil disposable barbecues. It’s bad enough when the grass gets destroyed but burning a memorial bench is inconsiderate, insensitive and unkind.”

The incident has further angered campaigners. An online petition launched last year calling on the council to ban barbecues has racked up almost 900 signatures. And last month the Highbury Fields Association decided to support it.

Highbury resident Michael Kuhn, 65, a pro-ban campaigner, said: “There’s a lot of evidence that barbecues affect health. It’s like the anti-smoking argument. Why did we put up so long with smoking in pubs, offices and cars? OK, some people like barbecuing, but it’s at the expense of people’s health.”

Critics have accused the campaign of waging “class warfare”, because a ban would prevent residents without gardens from making the most of summer.

But Mr Kuhn added: “Almost 900 people have signed the petition. This includes people with gardens, people living in flats, sheltered housing – all kinds of people.”

Mr Clayton, who died aged 80 in 2011, was the man behind the spoken word introduction to Iron Maiden’s iconic song The Number of the Beast. He was the voice of choice for promotions producers, working on an extensive and eclectic range of movies. An Islington resident for 40 years, Mr Clayton was also a pioneer of black television and radio programming.

A study carried out last year by campaigners using equipment from King’s College London found Highbury Fields can be more polluted than central London roads on summer days because of the number of barbecues.

A Town Hall spokes­man said: “Lifting the ban has been very popular, but we expect anyone enjoying a barbecue in our parks to do so responsibly, cleanly and safely”.

He added that the bench “will be carefully and professionally restored”.