The only place to read about the change in control was in the CNJ or Islington Tribune, court told 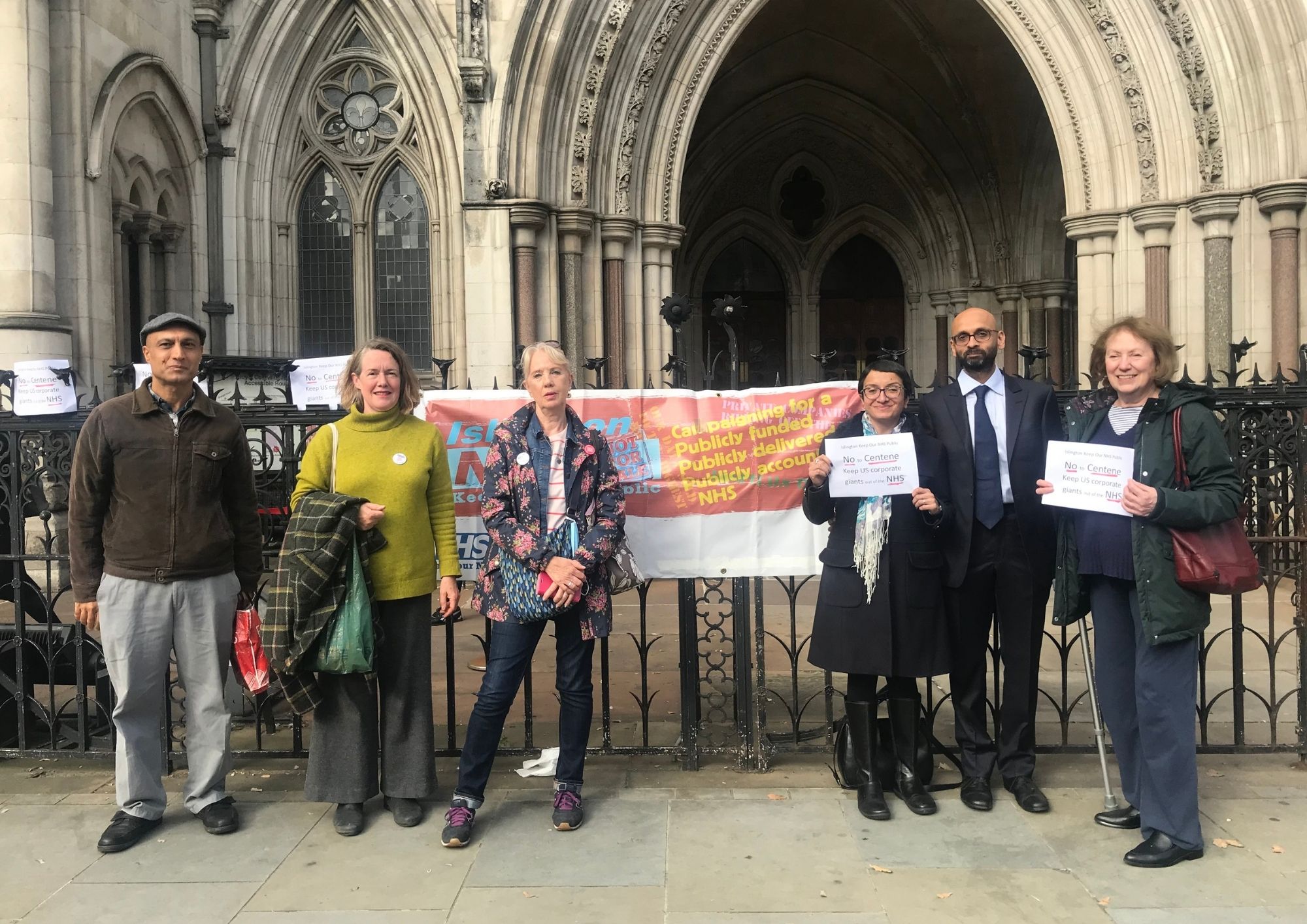 Anjna Khurana (third from right) with campaigners outside court

A SENIOR judge has upheld an appeal and ruled that a US corporation’s takeover of GP surgeries must be tested in court. Richard Hermer QC stunned health chiefs in the High Court on Tuesday by overturning a previous ruling in August and granting permission for patient Anjna Khurana’s judicial review to go ahead.

The New Journal and its sister paper, the Islington Tribune, revealed in February how Operose, a subsidiary company wholly owned by the Centene Corporation, had taken control of six surgeries across Camden and Islington without any public debate or scrutiny.

It took on contracts previously held by AT Medics in a merger deal. Many patients only discovered the changes at the Somers Town Medical Centre, King’s Cross Surgery, Brunswick Medical Practice and the Community Health Improvement Partnership for disabled patients in Hampstead Road, Euston, by reading our articles.

Lawyers for Ms Khurana argued that North Central London (NCL) Clinical Commissioning Group was “misdirected” in its decision, the financial history of Centene was not properly considered and there was no public consultation.

Despite widespread public criticism, it was not until mid-May that NCL officially announced it had signed off a “change in control” earlier in the year. The judge accepted the case amounted to “public interest proceedings”, adding: “I have regards about the wider public interest raised by this claim. It is concerned with the legality of the transfer in control of a significant number of GP surgeries, that treat a significant number of patients.”

He added: “A neutral observer with no views as to the merits or defects of any legal arguments, or the specific issues raised, would be concerned with the provision of public healthcare, how it is managed, profits and costs, and how people are consulted as part of the decision-making process. These are all issues of wider importance.”

Earlier, he had noted: “The claimant’s case is there was no clear public communication until mid-May when it was established the chair had signed off the decision. She had first heard about it on February 19 when she read about it in the Islington Tribune – this prompted her to seek clarification.

“Her case was that other information was scarce. Much of this evidence on this point I found relevant.”

Granting permission, His Honour Hermer said: “The JR [judicial review] has a realistic prospect for success. This claim raises sensitive issues that will be subjected in far more detail by the court.”

During the two-hour hearing, NCL’s legal team claimed the case was “very vague” and misguided as patient services at the surgeries had not been altered.

It was also argued that Ms Khurana should have known about the takeover as part of her role as a councillor in Islington with access to public documents. Since the New Journal’s story in February, the case has been raised in the House of Commons, several public protests have taken place and hundreds of thousands of people have signed petitions calling for the decision to be reversed.

Islington Keep Our NHS Public launched a fundraiser to pay for Ms Khurana’s legal challenge that the court heard received £43,000 in three days. Costs for the case are expected to be around £70,000.

An Operose spokesperson: “Day-to-day operations of our GP surgeries, the care that we deliver to our patients and the services accessed through our surgeries are not being changed. “Our practice teams will be the same and all of the AT Medics Leadership Team are staying with the organisation as part of our new partnership.”

Operose Health and AT Medics have both previously told the New Journal that patients will not notice a change in their GP service and the change in control was within legal requirements.