POSSIBLY influenced by the familiar trappings of the world of Sherlock Holmes, the Victorian era has often been a go-to setting for writers of historical crime, but now another age has stolen the limelight. Look out, the Georgians are coming!

“It’s such a bold, vivid time, in terms of the fashions, the language, the politics and the sex that, creatively, it provides so much opportunity.” So says Maida Vale-based author Laura Shepherd-Robinson.

“It delights me that so many novelists now are writing about that era in so many different ways. Then you have the success of TV shows like Bridgerton, which hopefully will make new fans of the 18th century.”

While Bridgerton’s heaving cleavages may have attracted new admirers to Georgian England, Laura’s award-winning debut, Blood & Sugar, and now its immersive follow-up Daughters of Night are making readers look afresh at an age that was not politely confined within the walls of a Jane Austen rectory.

In Daughters of Night, Laura takes a relatively minor character from her first novel and, through her, explores the lot of women in 18th-century England.

Caro Corsham is the daughter of new money. Having achieved a position in society, her wealthy banking family is sensitive to its status and ruthless in its defence.

But Caro has a secret dilemma. Desperate for her politician husband to return from France, she turns to an acquaintance, an Italian noblewoman, for help.

They arrange to meet discreetly in the bowers of the notorious Vauxhall Pleasure Gardens, but instead of finding a solution, Caro discovers her friend close to death. Very quickly she learns that the murdered woman was not a countess but a prostitute known as Lucy Loveless, whose clients included some of London’s most powerful men. Spurred on by her sympathy and perhaps by her own precarious position, Caro is determined to obtain justice. London’s magistrates, however, seem to have little interest in solving death of yet another prostitute and rather more in covering it up.

When Caro employs private thief-taker Peregrine Child to pursue Lucy’s case they become entangled with dangerous secrets linking the dregs of the demi-monde to the highest men in Georgian society. 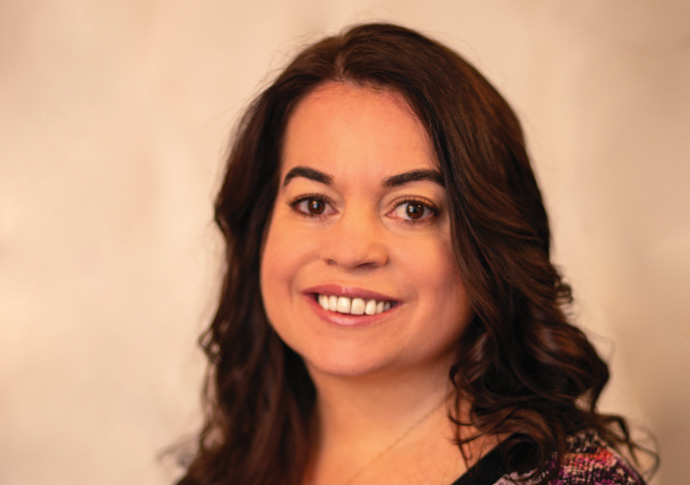 Daughters of Night is a twisting, multi-stranded tale packed with memorable characters.

Quite apart from the exceptional quality of the writing, it is the teeming detail that leaps from the page. It is clear that Laura relishes the research that underpins her work.

“Story has to be king,” she says. “I would never include a scene that hadn’t earned its place, but there are often ways to weave nuggets of research into a book without it seeming unnatural. For example, I came across some great facts about pineapples in the 18th century, when they were an enormously expensive status symbol and fashion accessory. I had a minor character who needed fleshing out and so I decided to make him a pineapple merchant. It became a plot point in its own right.”

Daughters of Night is a compulsive standalone read, but it revisits characters from Laura’s first novel in a most satisfying way, notably Child and Caro.

“I fell in love with her.” Laura admits. “Originally, she had more scenes in Blood & Sugar, but the plot didn’t really justify them so they had to be cut. I knew I wanted to explore her as a character so I decided to give her a book of her own.

“I also thought it would be interesting to explore a troubled marriage from both sides.”

Like the harlots who were Lucy’s friends, Caro is trapped. Although she comes from a wealthy family, the novel skilfully dissects the cage in which she lives.

Laura worked in politics for nearly 20 years before re-entering what she calls “normal life” to complete an MA in Creative Writing at City University.

She says her background was good training. “Stories are essential in politics, you change people’s minds by telling them a story about the world that connects with them emotionally.

“Equally, in my opinion, all the best novels are political in one form or another. Though I try to weave it in lightly, there is always a political strand in my novels.”

Daughters of Night, which will also be published in paperback in March next year, is the perfect shelf-buster historical read to see you through Christmas to the New Year.

• Daughters of Night. By Laura Shepherd- Robinson, Mantle, £14.99
• Other books riding the Georgian crime-wave and worth seeking out are Antonia Hodgson’s Thomas Hawkins series (start with The Devil in the Marshalsea) and Leonara Nattrass’s newly published Black Drop.