Critics of consultation ask why 21,000 replies were ruled out 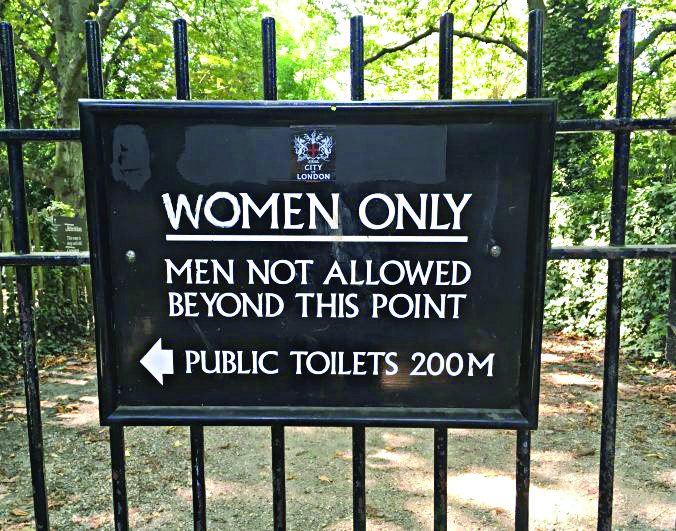 THE famous Ladies’ Pond on Hampstead Heath will be open to transgender swimmers after its managers announced the results of a survey on equalities policies.

The City of London launched a consultation last year to gauge the views of people who use the Heath and to help clear up confusion over who could use the swimming ponds, two of which are designated for single-sex use. The survey asked whether or not restrictions should be decided on the grounds of the gender a person identifies as, regardless of the sex assigned at birth.

The majority of the replies accepted by the City supported allowing transgender swimmers to be admitted on the basis of their gender identity, the report released yesterday (Wednesday) said.

Edward Lord, chairman of the City’s establishment committee, which manages its workforce and inclusion policies, said: “This policy will ensure our public services do not discriminate against trans people. “We support a wide range of service users and we want to ensure they can all feel comfortable accessing and enjoying our facilities. All communities should be fully respected, and equality and basic human rights upheld.”

He added: “We aspire to be a leader in diversity, equality and inclusion. We are committed to building and supporting a strong, sustainable and cohesive society in the capital and beyond. This policy will take us one step further towards realising this vision.”

The City revealed it had almost 40,000 responses, but only around 21,000 were deemed valid. And its methods and decisions have been criticised by a leading social scientist who specialises in surveys and statistics.

University College London academic Professor Alice Sullivan, who is chairwoman of Mornington Chasers running club, based at Parliament Hill running track, said the City must explain why almost 19,000 of the responses were not used.

Prof Sullivan said: “That is a large number to dismiss and it is not how competent statistical analysis is done.” In the interests of transparency the academic called on the City to publish all the data it had collected. It should start the consultation again, she said. “There are other facilities on the Heath apart from the ponds that are affected by this policy,” she added. “There are, for example, a lot of young young girls who use the changing facilities at the running track. Are we really saying anyone who claims they identify as a woman, or as non-binary, should be able to walk in there?”

A City spokesperson said: “A number of people who accessed the survey didn’t answer any of the questions about the gender identity policy proposals. Therefore, these could not be analysed.” The issue of access to the ponds has been debated since last summer. Some women opposed to the policy of allowing transgender people to use the women’s-only pond swam in the Heath’s men’s pond wearing fake beards. The City said that as well as clarifying whether trans people can access the pond they wish to swim in, the new policy strengthens guidelines for staff. The report noted that it would mean “…transgender staff are not subject to less favourable treatment at work”.

Chairwoman Nicola Mayhew said it was committed to helping to create an inclusive environment for all women, including transgender women, adding: “As we begin to think about how we can provide a trans-friendly swimming environment, it is important to state that Kenwood Ladies’ Pond Association welcomes to its membership transgender women. Transgender women should be treated in the same way, but with consideration for the additional sensitivities they may face.”