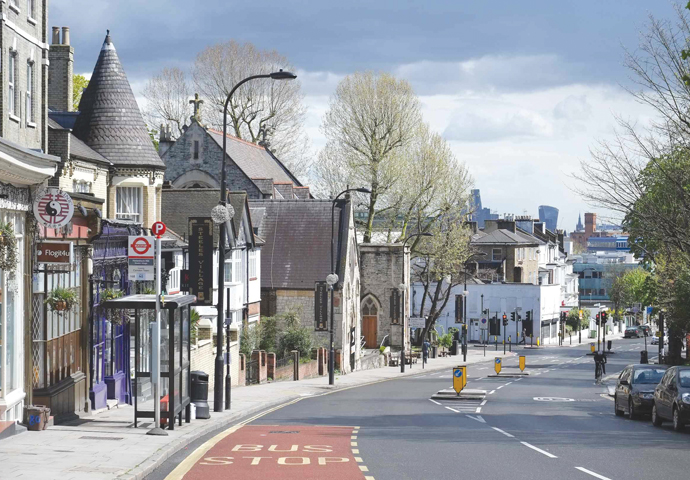 CYCLING groups are calling for council plans to install bike lanes on Haverstock Hill to be given another chance – after the opinion-splitting road changes were revived by the Town Hall.

Camden is launching a four-week consultation survey as part of a second attempt to remove car-parking spaces on the hill, from Prince of Wales Road to Pond Street.

But opponents have said their alternative suggestions have already been flatly rejected without proper consideration. Council chiefs had backed down on the proposals last month after being threatened with a High Court challenge and claims that the views of residents and businesses had not been properly taken into account.

Traders have repeatedly warned that the changes could wreck their businesses and feel customers would be unable to reach them.

But Camden says it is looking to reduce air pollution and get more people walking and cycling by making the route safer.

John Chamberlain, co-ordinator of the Camden Cycling Campaign, said: “It will have an important role in Camden’s growing cycle network. Substantial parts of that network, of a standard to enable safe cycling for all, are already in place and more is under construction.”

He added: “[We] urge people to give this scheme a chance. We look forward to the benefits to hospital staff, residents of Hampstead, Belsize Park and others of being able to cycle up the hill to Belsize village.”

The Royal Free Hospital, in Hampstead, publicly backed the new cycle lanes last year as a way of providing a safe route to work for its staff.

An alternative route, taking cyclists up Maitland Park Villas and Fleet Road to the hospital, has been pitched by Camden Conservatives but the idea was rebuffed by council officers.

Another route, proposed by the Steele’s Village Business Association (SVBA), would have run up Malden Road, but this has also not been taken forward. Instead the route that Camden is consulting on runs along the same path as before.

Lynn Whiting, chair of the SVBA, said: “The part I find so heartbreaking is that we’ve given them alternative schemes and they won’t even look at them. The talk of consultation is an absolute sham. It’s so upsetting for everybody because it’s not like any one of us are against cycling or cycle lanes, it’s just that Camden won’t engage with us.”

Lib Dem ward councillor Tom Simon said: “Had they listened to feedback from the community then, we would probably have a really good scheme in place by now – improved walking and cycling infrastructure backed by local residents and businesses.

“The Labour administration has wasted time and money and lost the goodwill of many parts of the local community.”

Conservative leader Councillor Oliver Cooper said: “Camden has made no effort at all to understand the differing needs around the borough, or the different places that people might want to cycle to that aren’t on the main road. By insisting on going to Belsize Park station – despite overwhelming local opposition – it appears Camden’s only knowledge of the area is from looking at the tube map.”

Amit Shah, 38, who lives in Haverstock Hill, had forced Camden to temporarily withdraw the scheme with legal action amid fears the route would stop the anaphylaxis sufferer from getting to hospital as quickly if he had an attack. He said: “I hope Camden work with the community and not against it.”

Camden’s environment chief Labour councillor Adam Harrison said: “Haverstock Hill is the most direct route between Camden Town and Chalk Farm, and Belsize Park and Hampstead. Failing to link the two neighbourhoods with safe space for cycling would mean we fall short of our own democratically adopted goal to make Camden the best borough for cycling, but also for walking.”