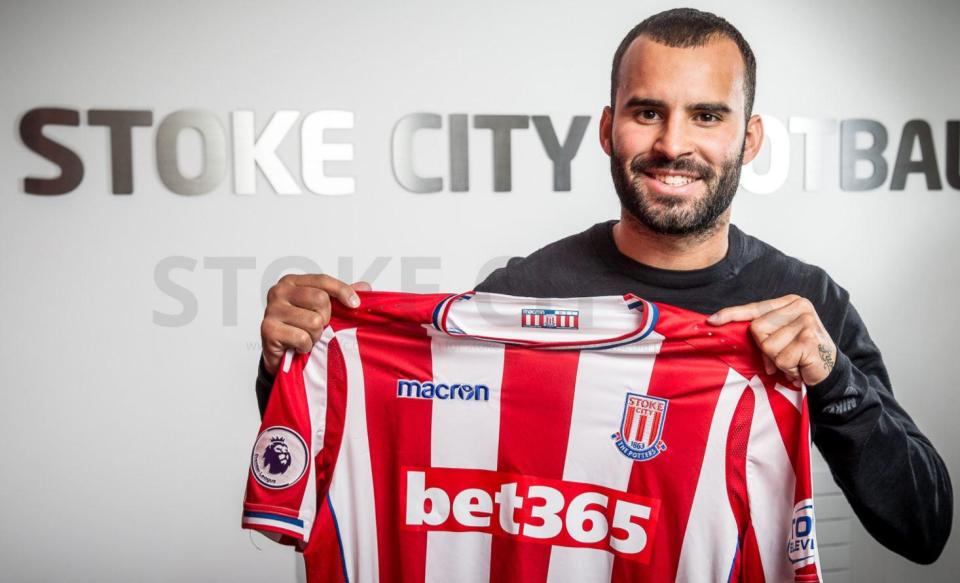 ARSENAL have been here before, so many times that all the Groundhog Day clichés apply so firmly that defeat at Stoke City is no longer a likelihood but more a near certainty. The Gunners hate playing at the Bet365 Stadium, with last season’s 4-1 victory here simply an exception to prove the rule. This evening (Saturday), they were a little unlucky to be beaten but Arsene Wenger has promised too much to be relying on good fortune to overcome his team’s perennial jitters in the potteries.

What was striking was that for all Arsenal’s prevaricating in the transfer market – think Thomas Lemar – their opponents seem to be able to go about their business off the pitch, in contrast, with tidy precision. Jesé Rodriguez, the match-winner in at Stoke via Real Madrid and Paris St Germain no less, seemed exactly the kind of high-calibre player which the ponderous Gunners so often almost sign but then watch as they are transferred somewhere else. He’s a player who appeared for Real more than 60 times and scored in a third of those matches.

How Arsenal could have done with the Spaniard’s ruthlessness. His goal was poached just after half-time and with Arsenal looking sluggish to the fact the match had re-started, the second consecutive week where concentration and focus seems to be an evident weakness for Wenger’s toiling five man defence. Jesé exchanged passes with forward Saido Berahino, slipping in behind to angle a winning strike past Petr Cech, whose own aura of invincibility is dissipating with each passing week. The team looks especially haunted when they play at this ground.

Arsenal did respond, hogging the ball and creating several chances to equalise. Rarely, however, did they really lead you to catching your breath. Alex Oxlade-Chamberlain hardly looked the £40 million man the transfer rumours have pegged him at as he thrashed hopeful shots roughly goalbound. Danny Welbeck, meanwhile, continued his habit of failing to convert the good positions that his enthusiasm and energy present. Olivier Giroud came off the bench and won a few headers,  but without really posing too much threat. Mesut Ozil’s limp performance caught the worst of the fans’ reaction.

The worst luck came on 72 minutes, however, when Alexandre Lacazette was a denied a second goal in as many starts for Arsenal. The new signing crashed a shot past Stoke keeper Jack Butland after a good passing move by the Gunners, but an offside flag had been raised, almost certainly wrongly.

There was time for Giroud to head wide but the seconds ran out with Arsenal beginning to struggle even to deliver a meaningful ball into the box, let alone score. The only good news for Wenger was that he does not have to come back here in the league again this season. There, after all, have been too many matches like this when Arsenal play away at Stoke.