Has Yuletide become a good time to bury bad news?

COMMENT: When Boris Johnson says jump, the public’s response will be 'whatever' 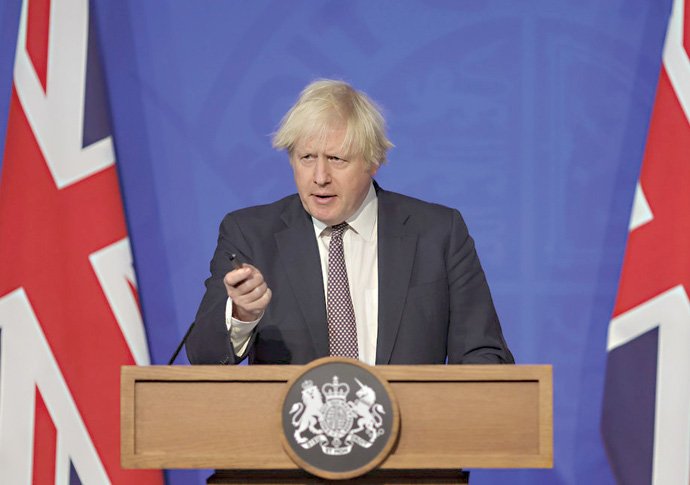 MANY people have been gripped by the recent slew of Christmas Party revelations that has left the government in complete disarray.

Despite his latest press conferences, Boris Johnson is without authority to cogently announce any rules and guide­lines that will be required to stem this Omicron wave. When he says jump, the public’s response will be “whatever”.

Whoever the source or sources, the Christmas party scoops have certainly been in the public interest. They have shown how the powerful and their spokespeople are so earnest in public but rarely so in private.

It will not be the last time those who make the rules are caught breaking them. And yet there has been something cynical and stage-managed about the drip feed of these stories.

Leaks, such as they emerge, only come when it suits someone’s agenda. This festive season has been chosen carefully to inflict maximum damage on the government and its officials.

Why is this information coming out now? Why has nobody known about these parties for a year? Surely many journalists knew about them.

Many lobby correspon­dents were no doubt at them – in breach of regulations they are telling the public about. Some of them will have been desperately trying to bury the stories rather than expose them further.

Political journalists rely so much on building relationships with the very people in power they should be holding to account. There has been grow­ing scrutiny of these intimate relationships at Downing Street in recent weeks.

Recent figures show how the overwhelming majority of meetings conducted with journalists have been with members of right-wing newspapers.

The Downing Street and the Cabinet Office have held 86 official meetings with members of the media – 70 of which have been with journalists or executives at right-wing newspapers.

The national media has generally given the soft soap to the prime minister since his landslide victory two years ago. There have been some unbelievable mistakes and deceptions during this administration that have been allowed to pass almost unnoticed.

The coverage cannot be compared to the relentless hysteria that dogged Jeremy Corbyn when he was leader of the opposition.

We have had a year of the public being laughed at behind closed doors. Isn’t it time we started asking some serious questions, and make that million pound press room worth something.