Harvey the tortoise is missing again! 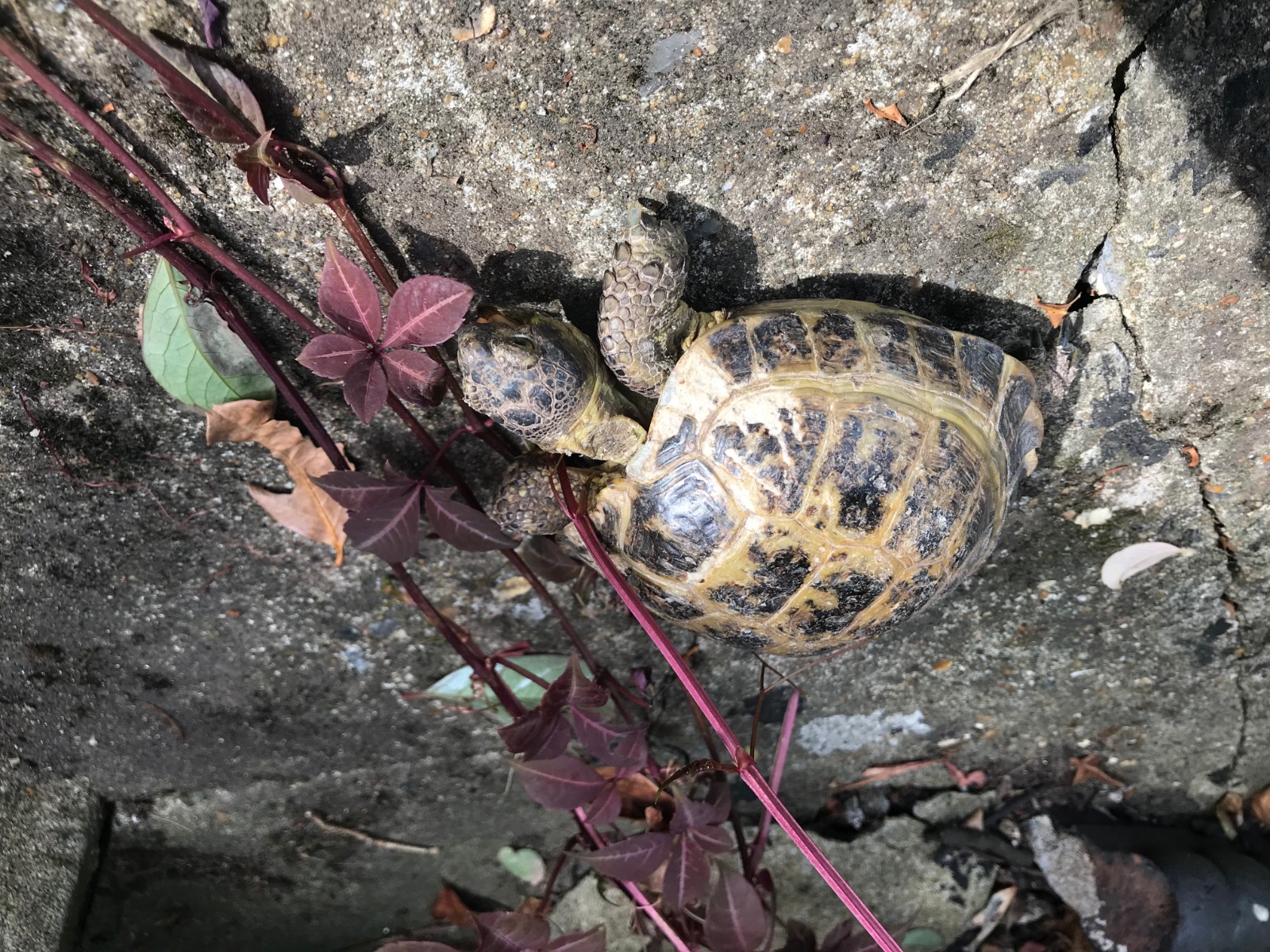 Harvey, whose disappearance three years ago led to a large-scale search

KEEP an eye out for a quick-footed tortoise who has gone missing from his West Hampstead home for a second time.

The New Journal reported back in 2017 how Harvey had squeezed through a crack in the back wall of his owner’s property in Canfield Gardens, before being found by neighbours.

Now, the search is on again after he disappeared last Wednesday.

His owners, who do not want to be named, have posted “lost tortoise” signs on lampposts and have appealed for help through social media.

Although normally known as slow, ponderous creatures, tortoises can be emboldened by a sense of adventure which experts think can be brought on by hot weather during the summer.

“Tortoise, contrary to what people think, are extremely agile and they can squeeze their way through things quite easily,” said Harvey’s owner. 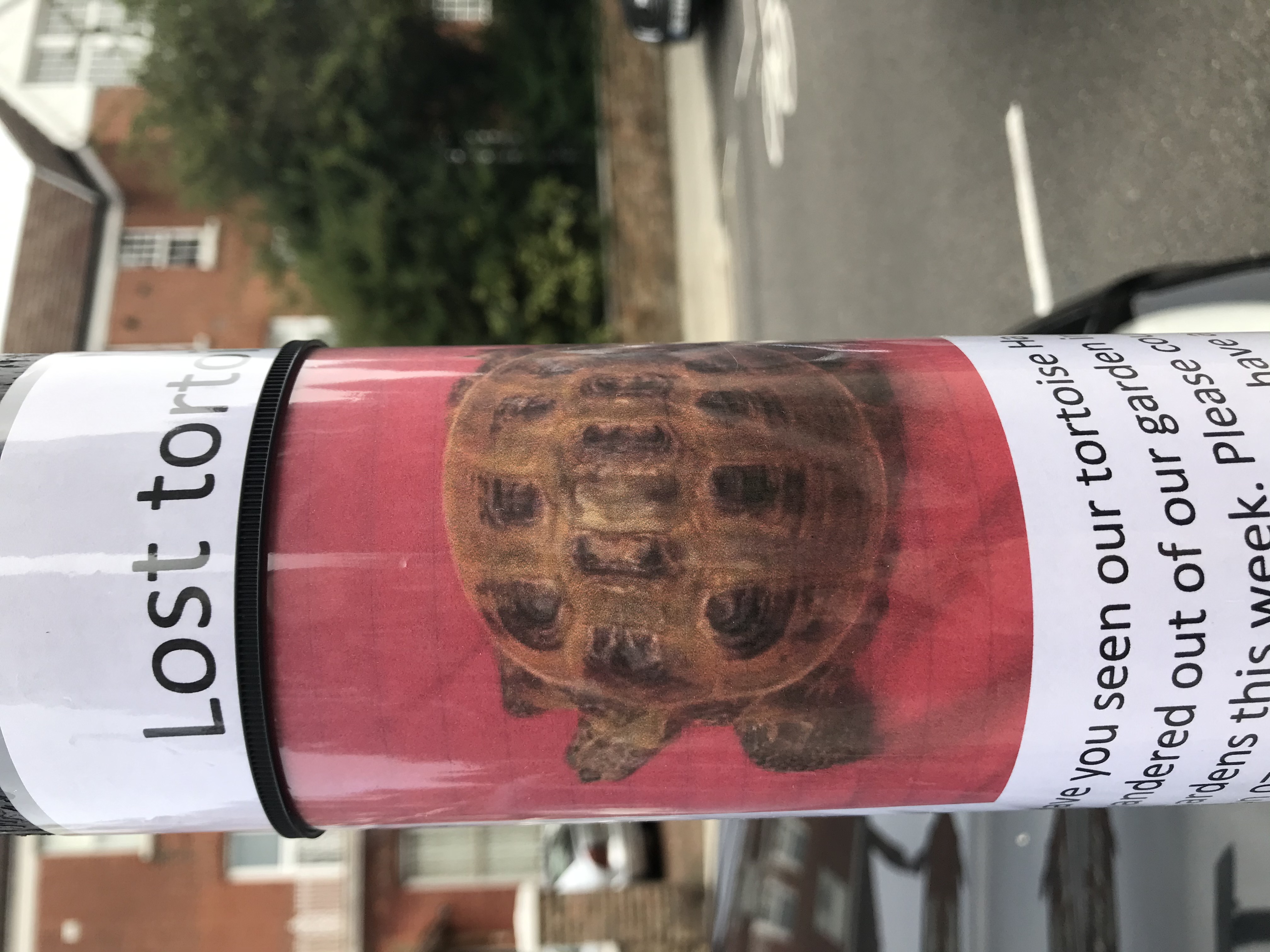 “Last time he’d ended up in a neighbour’s garden and he was found after a mass search. But this time I worry he’s gone further afield.”

They added: “We have another tortoise, Morgan, and they’re hyper aware of each other. Morgan is about three and Harvey five and they are very competitive because they’re both boys. If we put them in the garden together they find each other within minutes and then there’s a stand-off.”

Harvey, who could live until he is 75, can happily survive in the outdoors by munching on dandelions and plants.

The family are urging anyone who may spot him to contact them by emailing tortoiselostnw6@gmail.com