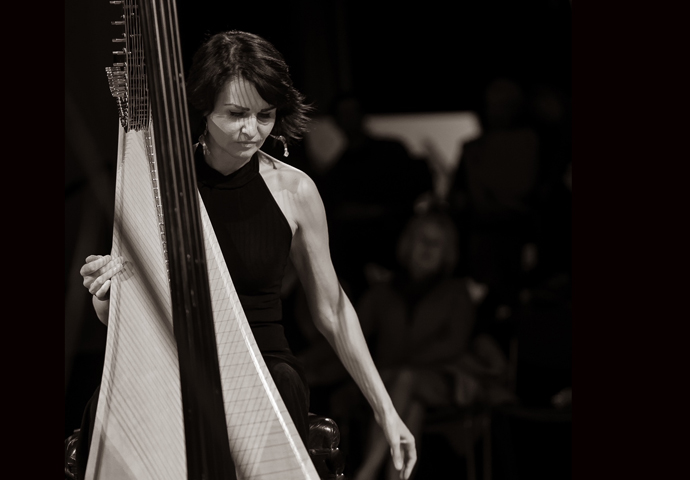 The jazz harp is definitely having a moment. Many recent bands such as Maisha, Ezra Collective and Matthew Halsall have taken inspiration from the “spiritual” modal jazz of the 1960s and early 70s – think Pharoah Sanders, Sun Ra, Lonnie Liston Smith and other seekers of transcendence through music.

In the process, the glistening glissandi of the album Journey in Satchidananda by harpist/pianist Alice Coltrane (wife of John, but she really shouldn’t be defined by that) has become an important touchstone. The artist’s shimmering waves of sound suggest a quest for a higher consciousness and the exploration of other worlds (it’s no accident that harps figure in various Star Trek themes) that chimes with contemporary jazz musicians such as Kamasi Washington and Sam Shepherd (aka Floating Points).

I mentioned the influence of Coltrane’s albums to Rachel Gladwin, the harp player in trumpeter Matthew Halsall’s band, when they played Ronnie Scott’s a few years back. They had, in fact, featured Journey in their set. Ah, yes, she replied, but my first love is Dorothy Ashby. I nodded sagely, making a mental note to check out Dorothy as soon as I got home. When I did, it disavowed me of any illusion that once you’ve heard one jazz harp.

Whereas Alice Coltrane produced rivers of cascading, tumbling notes over structures drawing on both Western and Eastern themes and textures, Dorothy was in some ways even more eclectic, covering jazz standards, originals, soul, R&B, pop and, as the title of her classic album Afro-Harping suggests, what we now call World Music. She appeared on albums by Bill Withers, Billy Preston, Bobby Womack and, most famously, on Stevie Wonder’s Songs in the Key of Life and released 11 records under her own name.

It will be fascinating to see how the highly accomplished, genre-hopping harpist Alina Bzhezhinska – who is Polish/Ukrainian, but has been a regular on the London and Scottish club scenes for a few years now – covers such disparate ground during her gig at the Jazz Café on June 15.

Actually, they might be musically poles apart, but Alice and Dorothy shared one trait – a struggle to be accepted. Both had to battle against the preconception that the harp had no place in jazz, alongside the deep-seated racism and misogyny of America in the sixties. Alice had an extra burden – that surname, which meant her music was often compared to John’s and found wanting by those didn’t understand that she was simply further along the path of the same journey her husband had started before his death. To Satchidananda (a Hindu state of bliss), in fact. 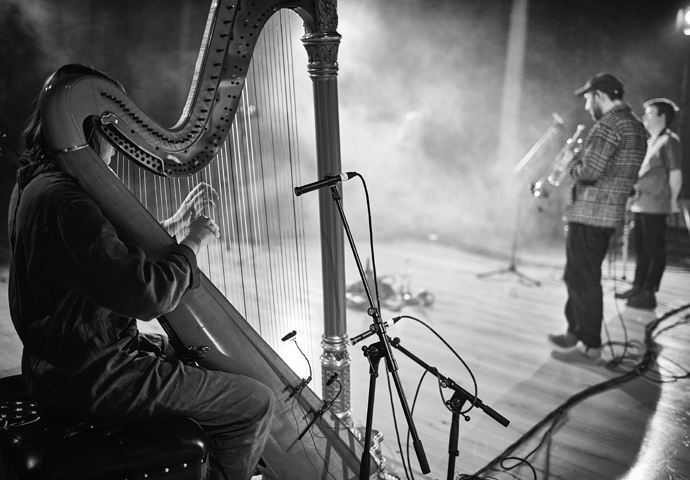 Coltrane fan Matthew Halsall, incidentally, brings his uplifting brand of spiritual jazz from Manchester to the Barbican on November 1. His new ensemble still features a harpist, this time Maddie Herbert, who also includes Ashby and Coltrane in the repertoire of her own groups.

If you are looking for something that moves in a different direction from those two giants, I can recommend the album As We Stand by harpist and pianist Tori Handsley on Cadillac Records. Her concerns are less about astral travelling and more about climate change and the human condition (there are lyrics here) and the soundscape ranges from angry and urgent to moodily contemplative. 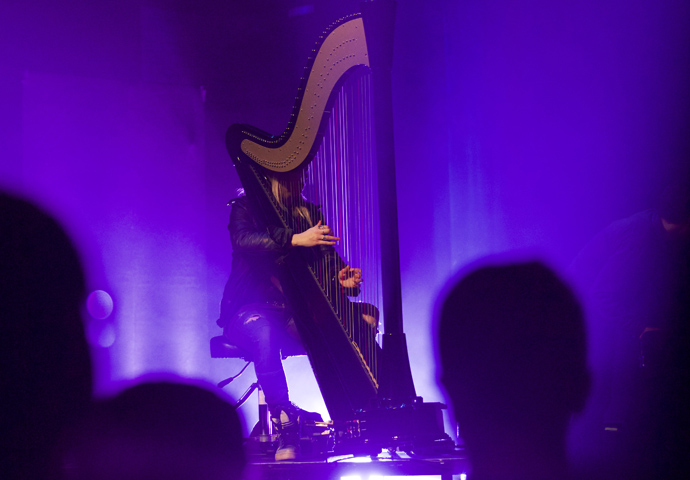 She name-checks EST and the much-missed Neil Cowley Trio as influences but Ruth Goller on bass and drummer Moses Boyd help give it a muscularity all of its own. Handsley appears at Ronnie Scott’s on September 2, with the fiery take-no-prisoners sax/drum duo of Binker-Moses. On the evidence of her album, she’ll more than hold her own. 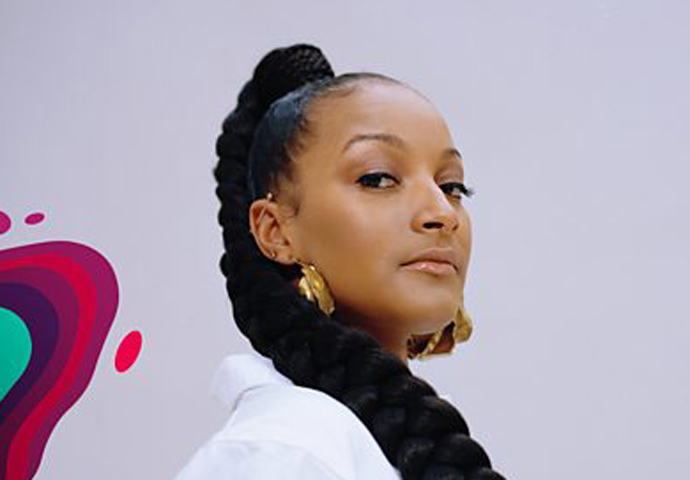 A few days later, on Wednesday August 18, she makes her Prom debut at the Albert Hall. Nubya has a knack for picking storming sidemen and – women, so expect a detailed exploration of every corner of the current jazz scene. Her Prom 21 will also be broadcast on BBC TV.

• In these uncertain times gigs are subject to change. Check refund policies and keep an eye out for any alterations to artist, date and venues.