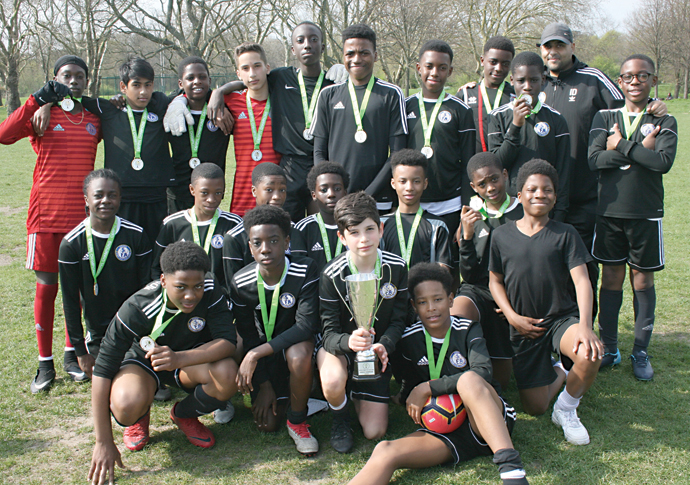 Eastside United were crowned Under-13s Red League champions, winning it by a point

GUNNERS legend Robert Pires is among the proud parents who have shown their support for the Camden and Regent’s Park Football Youth League.

So it was unsurprising to see the Arsenal “invincible” watching all the action unfold at the weekend as the curtain came down on another scintillating season.

Among the triumphant teams that Pires got to meet was Highgate Rangers, who beat The Hill to get their hands on the Under-8s League Cup. Hotshot Charles Neuez scored twice – one a spectacular goal that saw him spin 360 degrees before finding the back of the net – while Noah Conway was also on target as Rangers ran out 3-0 winners. It was a tremendous team effort from Rangers, with goalkeeper Enzo Fiorentino making a string of good saves. 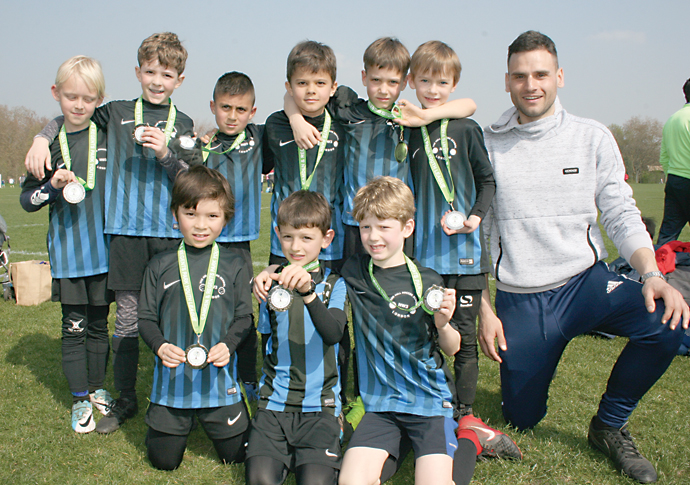 One of the most successful clubs on the final Saturday of silverware was London Soccer Stars (LSS). A late equaliser from Jake Stevens saw their Under-12s draw 1-1 against Muswell Hill Santos, securing the point they needed to be crowned champions of their nine-a-side league. 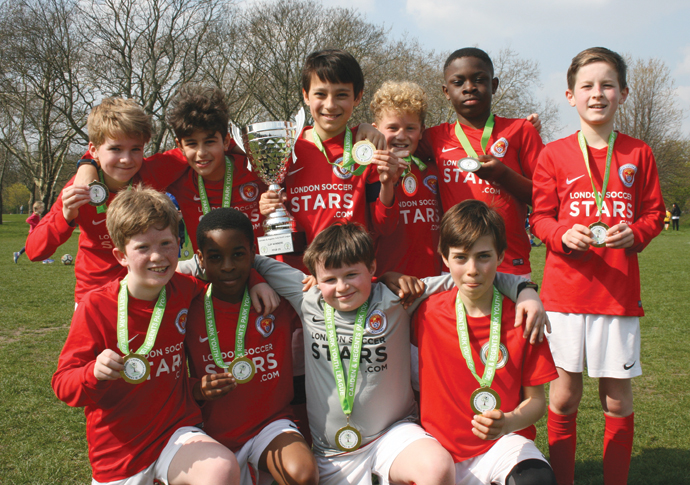 It completed a mighty double for the LSS side, who won the Under-12s nine-a-side League Cup the weekend before with a thrilling 6-3 victory against Canada Blanch. Noah Stander grabbed two goals and two assists, while team-mate Francesco Tagliavini bagged a brace. Luca Lawrence and Finian Anthony were also both on target. 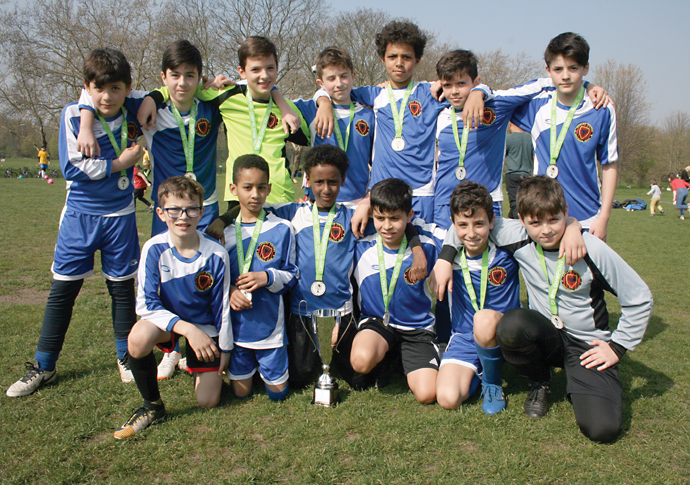 The LSS Under-11s were also celebrating after winning their League Cup final against Daryl’s Dragons 1-0, thanks to a neat finish from Anthony Obinkwo, who expertly added the finishing touches to Luke Ashton’s cross. 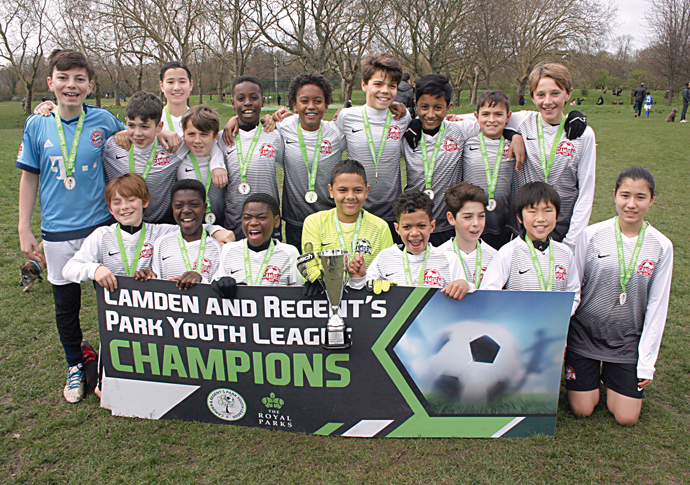 St John’s Wood put in a five-star performance in their Under-13s Red Cup final against Camden Town Youth. Vladimir Paternoster scored twice to add to the hat-trick he scored in the semi-finals, while Gregory Asemokhai, Michael Gough and Paddy Challis were also all on the scoresheet as St John’s Wood wrapped up a 5-1 victory. 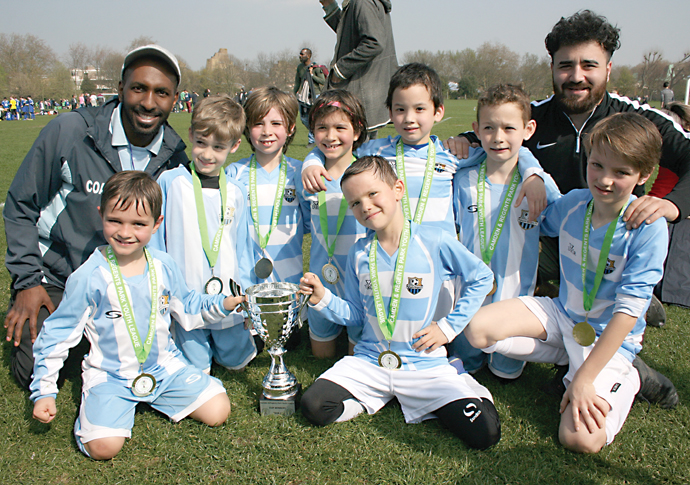 There were also three cheers for Brent School, who netted a treble in the Camden and Regent’s Park Youth League’s girls’ division. They ended an unstoppable season as league champions, League Cup winners and also won a special day-long knockout tournament. 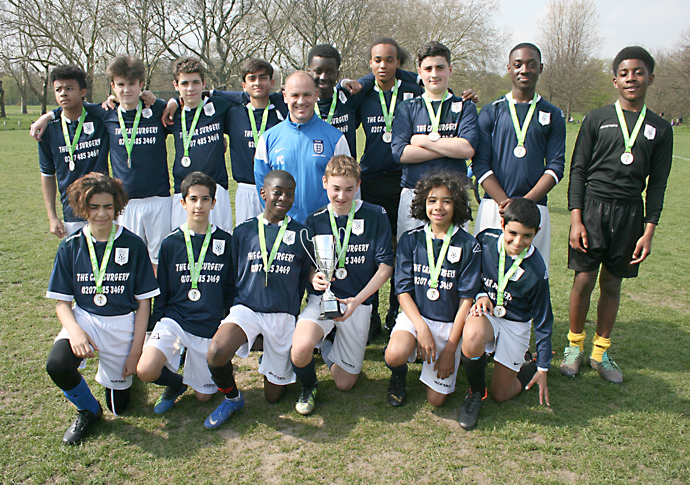 A number of top sides also turned out to collect their league titles. 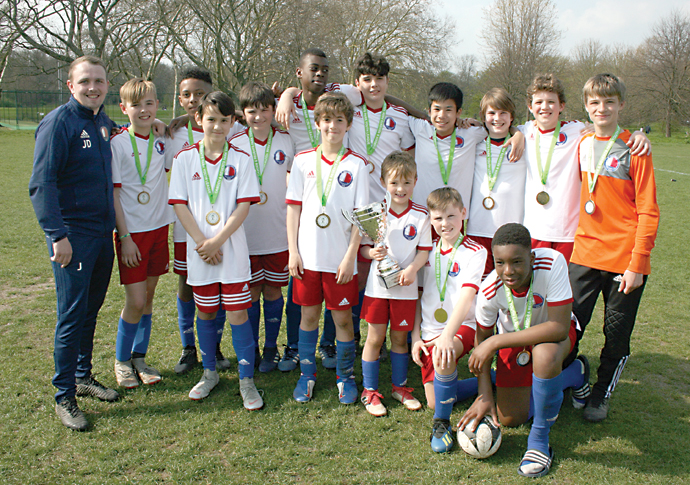 In the Under-12s nine-a-side age category, Camden Elite won the “A1” league, Eagles United won the “B1” title and North West Academy won the “B2” championship. 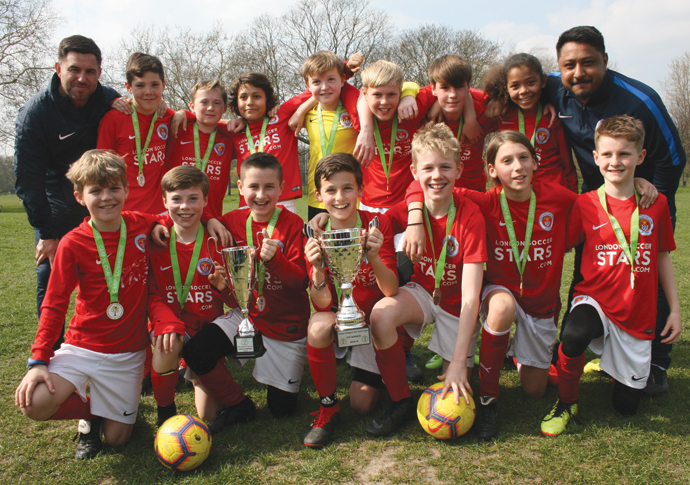 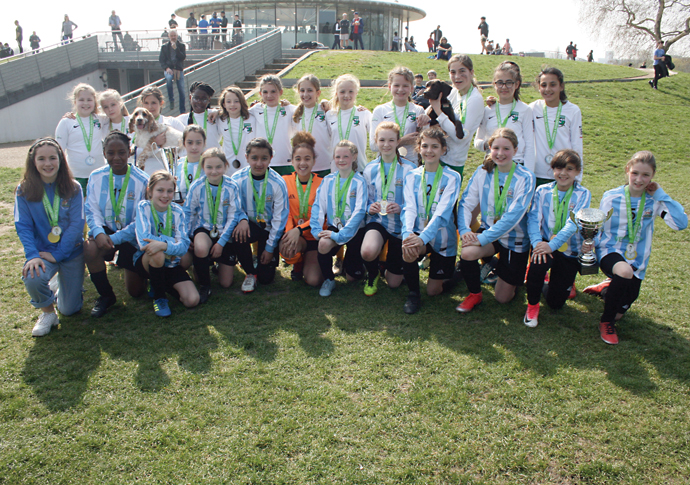 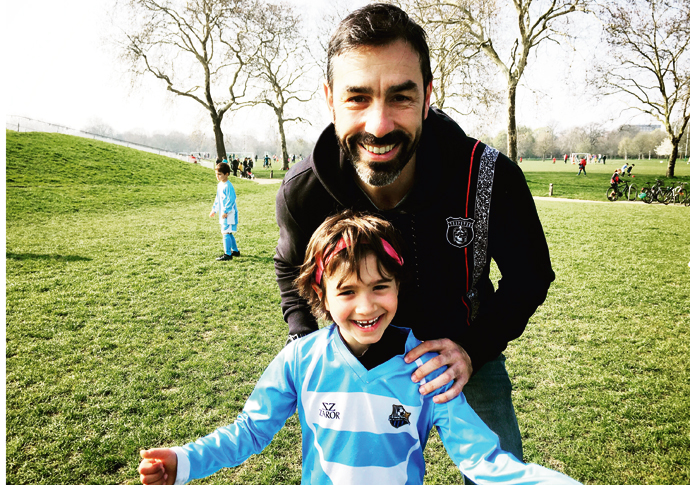