Gunners lead way at top of the WSL 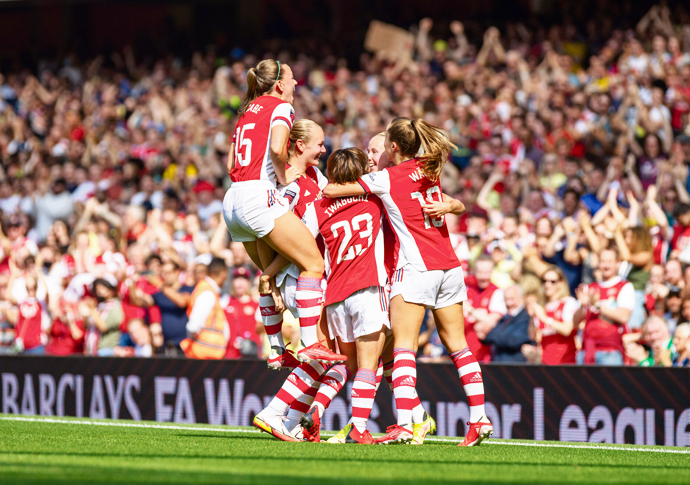 THE FA Women’s Super League returns to centre-stage this weekend – and the title race looks poised to deliver a scintillating second half to the season.

Arsenal are four points clear having won eight and drawn one of their nine games so far. And they couldn’t have picked a better opener for 2022 as they take on a Birming­ham City side who are propping up the table with just one point to their name in 10 attempts.

The Gunners will go into Sunday’s game at St Andrews already knowing that a win will extend their lead over at least one of their title rivals.