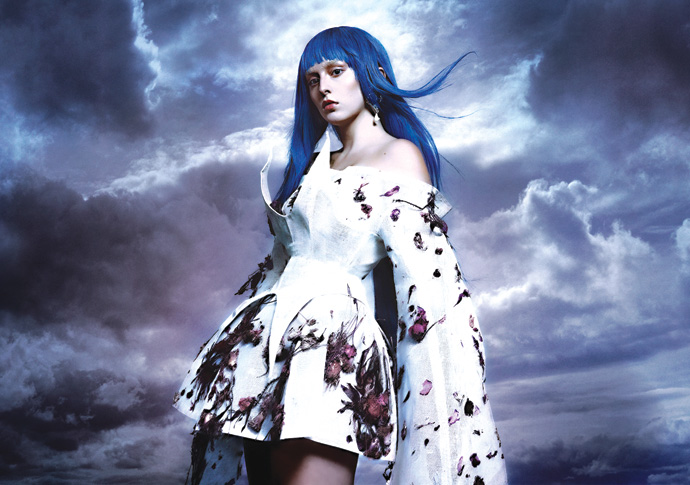 Ashnikko plays the Forum on December 7 and 8

IT seems Camden favourite The Hawley Arms hasn’t lost any of its stardust. A place where bar staff and customers generally look like they are in or with the band, and musicians of the day squeeze in alongside the great unwashed and unbrushed, the Hawley continues to attract the celeb crowd, while maintaining its warm open-to-all atmosphere. You may have seen Yungblud appearing on the pub’s Instagram account a few days ago, towering above the merry crowd, leading a chorus of Bohemian Rhapsody. Known to be generous with his time, his karaoke singalong will no doubt provide a cherished memory for any of his fans who happened to be there. Sadly, to the disappointment of the loyal fans who travelled to London on Tuesday, his planned surprise appearance at Camden Market was postponed after he posted an Insta story saying Camden Council and the police had told him to cancel.

• We don’t do Christmas gift guides but, as we love a collectable, here’s a mention to the shops in and around Carnaby Street catering for the music lover. Jack Black’s Third Man Records has all kinds of delicious vinyls, if you have the talent (or if you don’t, but you dare), you can record your own track straight to vinyl in their literarium; the Queen pop-up store has released limited edition jewellery; the Bowie shop has a huge selection of collectibles and the Rolling Stones shop has exclusives, beautiful red pressings and so much more.

• Cecil Sharp House Christmas season is upon us with a packed programme of events including Belshazzar’s Feast Mistletoe & Whine, a witty evening of eclectic seasonal carols, classical, pop and music hall tunes from duo Paul Sartin and Paul Hutchinson (Dec 9); Festive Gathering – A Christmas concert with a folk twist (Dec 12); Celtic Christmas with Calan (Dec 15); and A Winter Union (Dec 16) – see their website for more gigs and details.

• British soul queen Mica Paris plays two dates at Jazz Café (Dec 7 and 8); one of the founders of hip hop and dance / electronica Arthur Baker reforms Rockers Revenge for their debut London live show at Jazz Café on Dec 10. The venue also hosts Darius Brubeck, son of Dave Brubeck to mark the 62nd anniversary of Dave’s celebrated jazz album Time Out and the post-Covid relaunch of Darius’ Live In Poland; and British hip-hop activist Lowkey to mark 10 years of album Soundtrack to the Struggle.