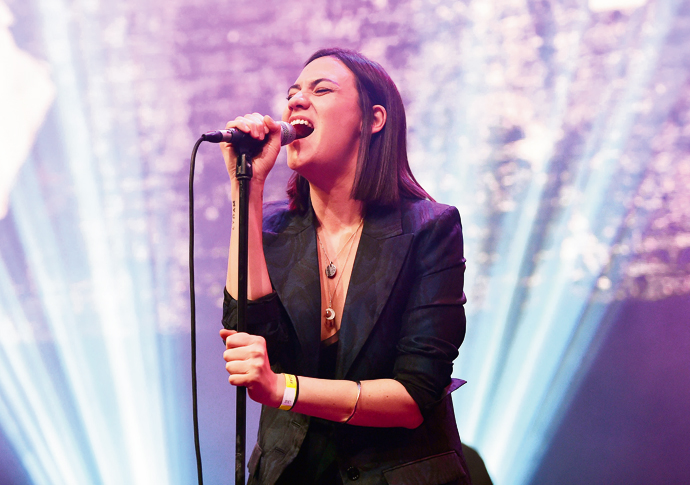 Nadine Shah is at the Barbican on Sunday

SOME of my favourite music memories come from years of working in music venues when I was younger – developing true Woodstock envy metres away from the magic of Richie Havens and John Sebastian, serving drinks to Mansun and Midge Ure, bringing dinner to John Martyn and being introduced to the wonders of psychedelic music and art by a particularly talented colleague, the experience helped shape my love for live music. As the industry begins its revival, many venues are calling out for new staff – The Forum and Jazz Café among others are advertising. If you’re a music fan and want to see incredible musicians on their way up – or down – keep a look out, the memories will stick with you for decades to come.

• It’s only a matter of days before live music gigs return on a scale we haven’t seen for some time. But with the impending free-for-all, venue owners are in a difficult position – trying to strike a balance between keeping staff and customers as safe as possible and putting on as authentic a show as we used to know and love. So, bravo to Immy and Risa at The Green Note, who put out a detailed newsletter last week setting out measures they are taking and the reasons why. Hopefully clear messaging like this will give gig-goers the confidence to support the live music scene as the gigs start mounting up – and they are – look up your fave bands and venues now!

• We last saw Nadine Shah at 2020’s BBC 6 Music festival at the Roundhouse. Her songs have an understated way of crawling into your mind and playing themselves back at surprising moments, while her set is punctuated with amusing yet humble little stories. Nadine plays her latest album Kitchen Sink at a one-off show at the Barbican on July 18.

• Skinnyman performs his landmark 2004 hip-hop LP Council Estate of Mind in full at Jazz Café on July 27-28 backed by a full jazz band.

• Dancing returns to The Old Queen’s Head on July 23 – expect hip-hop and R&B until 2am.

• Echo Vocal Ensemble put the climate crisis at the heart of their Already Gone tour. See them at Kings Place on July 21.

• Soho Music month is ongoing – a free music and culture festival across Soho and Carnaby.