Gripping courtroom drama in The Girl with a Bracelet 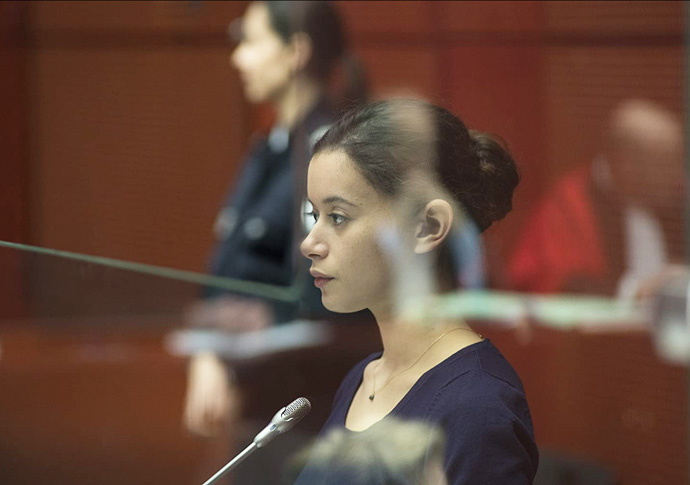 Melissa Guers as Lise in The Girl with a Bracelet

THE GIRL WITH A BRACELET
Directed by Stéphane Demoustier
Certificate: 15
☆☆☆☆

THAT this film has at its base a simple crime mystery, which keeps the viewer pondering on whether the lead is guilty of the crime she is accused of, means at its most simplistic level it is a courtroom drama – most of the action takes place in a French criminal court.

But while we watch whether the accused, a teenager called Lise, is guilty of murder, we are given a window into questions ranging from how well we really know those we love, to the experience of being a teenager today.

The director, Stéphane Demoustier, immediately piques our interest and fires up our imaginations with a dramatic opening shot: the action takes place some distance from the camera, so we feel we are peering in as passers-by.

We see two uniformed police officers and a plain-clothes detective approach a family happily hanging out on a sunny beach. 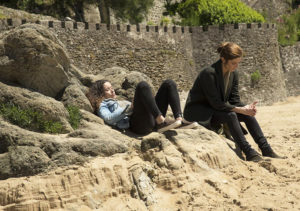 The detective speaks to the man, while the two officers oversee a girl getting dressed, getting her sandals, and being led off.

We then leap forward to discover the girl being taken away is 17-year-old Lise (Melissa Guers). We meet her properly in her family’s middle-class home as she awaits trial for the murder of her best friend, Flora.

Lise is wearing a tag around her ankle and is about to stand trial. We follow as she emerges in the dock.

Based on Accused, an Argentine film released in 2018 which was celebrated at festivals, this French version creates a brilliantly multi-layered story that makes it more than a straightforward courtroom drama. I expect an American remake soon.

We have the father, Bruno (Roschdy Zem), who desperately wants his daughter to be innocent, no matter what, and a more stand-offish mother, Celine (Chiara Mastroianni). Her air of suspicion suggests she may have read We Need To Talk About Kevin.

Lise goes up against the formidable prosecutor (Anais Demoustier, the director’s sister) and as we watch, our preconceptions that the focal point of a film of this type suggests a miscarriage of justice, an innocent wrongly accused, are demolished.

The careful construction of a life-like court case is not only gripping, it requires you to weigh up the evidence as of you were on the jurors’ bench. It’s stressful.

Demoustier also manages to create a convincing idea of a Generation Z world that the victim and accused are part of: through Guers’ masterful performance as Lise, you are presented with the pressures and challenges teenagers today face, ranging from the use of social media to “slut shaming’.

It’s powerful without being sensational – a remarkable story.