Green team get together to spread pride in estate 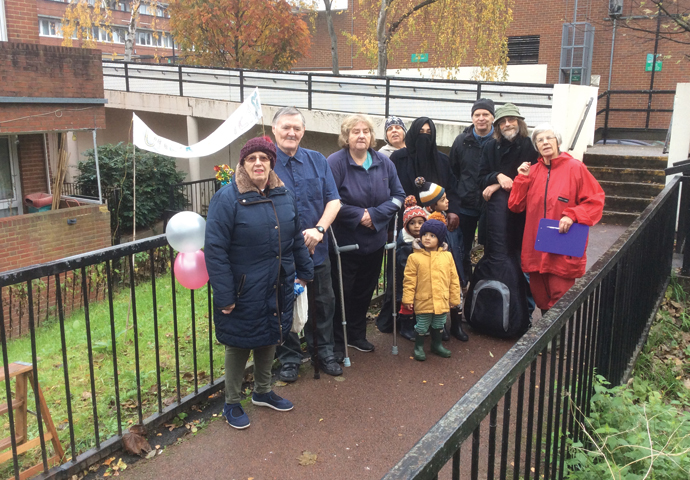 TENANTS spread pride throughout their housing estate with a spot of community gardening at the weekend.

Lynda Stuart, who chairs a fledgling tenants and residents association (TRA) on the Webheath estate, organised the cutting back of weeds and planting crab apple, bird cherry, hazel and rowan trees on Saturday.

The 70-year-old also took an angle grinder to heavy water pipes that had been lying about under a walkway for years.

Ms Stuart said: “We are trying to get the community to take a bit more pride in the place. I’m saying don’t just blame the council, come and help out yourselves. I want children to grow-up liking the area, not dropping banana skins or whatever.”

Ms Stuart, a former primary school teacher who has lived on the estate for 20 years, is organising coffee mornings and has range of “big projects” in the pipeline.

She said: “A couple of years ago I was trimming my hedge and someone asked if I could do another bit by the boiler house. It was like a jungle. There was a lot of rubble and the grass cutters weren’t going there. I got onto different departments of the council and got that cleared.”

Ms Stuart said a previous Webheath TRA had “collapsed” a few years ago and had got into problems following the death of its former chairman Bill Abbs, aged 82, in 2006.

Mr Abbs – an “old-school” fighter for tenants’ rights – was chairman of Hampstead District Management Committee for the last 20 years of his life. He was recognised with a plaque on the side of the Webheath block in Netherwood Street.