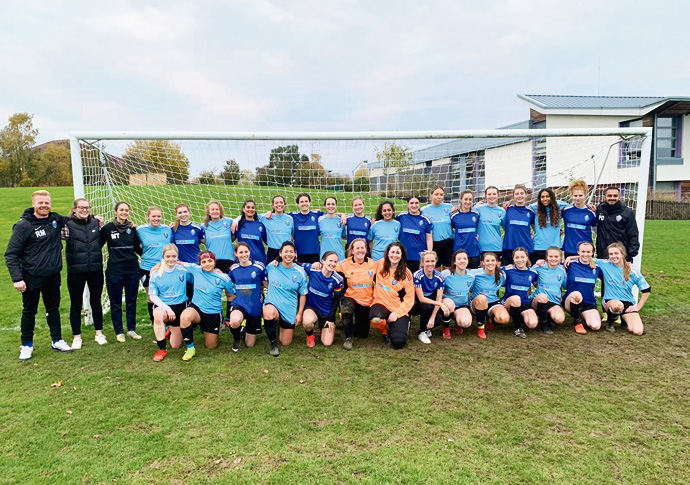 AFTER adding a new second team to the club, Camden Town FC have now created a third side to keep up with demand.

Head coach for the past six years, Pranay Dhanani, said that post-lockdown, the club were receiving 15 emails a week from women who want to play.

“The only way was to create a third team, something small-sided and player-led,” he said. And so, a Camden Town FC “Yellows” side was set up to compete in five- and seven-a-side leagues in Shoreditch, with their first official match kicking off on Sunday.

Long term, the club could switch the Yellows to an 11-a-side league next season or even an academy-style set-up as time goes on.

Depending on experience, Yellows players can still trial for Camden’s other two teams, the Blues, who play in Division One North of the Greater London League, and the Reds, who compete in Division Two North West.

And Dhanani says that even with the increase in demand, the club are still happy to accept newcomers.

“If more people get in touch we’ll have to manage it,” he said. “But we’ll never say no, because we want to encourage women to play, that’s our main aim.

“In women’s football over the last two years, considering Covid, we are on the positive side of the spectrum. With the TV rights deals [in the professional game] and exposure, we are benefiting.”

Anyone looking to play should contact Camden Town FC via camdenfootballclub@gmail.com