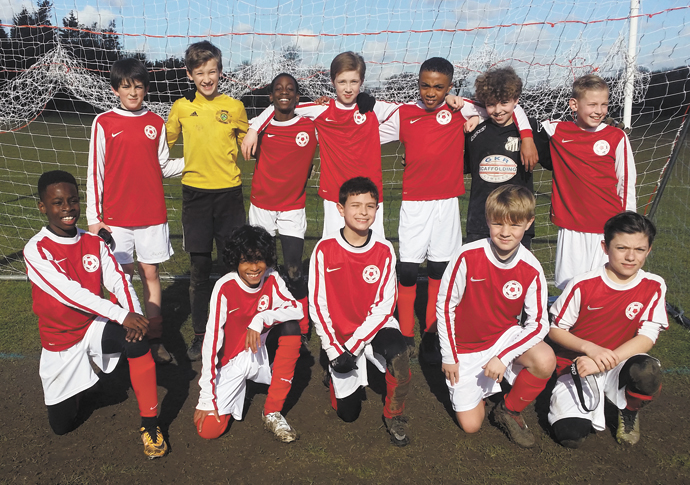 A SCINTILLATING showdown between neighbours Camden and Islington could be on the cards in the semi-finals of the prestigious Kay Trophy.

On Saturday, Rahmel Ellington put in a masterclass of finishing as Islington Primary Schools District football team won 4-2 away at Wandsworth to take top spot in the Group B table.

The result ensures their place in the final four, where they will face either Camden or Lewisham depending on the scores in the final group games.

Against Wandsworth, Islington carved out a half-time lead courtesy of a great finish from Ellington, who raced onto Alfie Markey’s long ball, before holding off a defender and firing past the goalkeeper.

Just minutes into the second half the mighty reds were celebrating again when Jack Osborn fed Ellington, who outpaced the back four to finish in a composed fashion.

Wandsworth reduced the deficit, but the ebullient Ellington responded by scoring the best goal of the game – picking up the ball in his own half before embarking on a marauding 40-yard dribble that was only stopped by the back of the net.

A hat-trick wasn’t enough for the goal-hungry striker, who still found time to add his, and Islington’s fourth, overshadowing the late consolation that Wandsworth managed to score.

“It was a very pleasing victory, particularly as we had worked on our one-versus-one finishing in training this week as we had not always converted our opportunities previously,” said Michael MacNeill, Islington Football Development Partnership manager (a partnership between Islington Leisure Team, GLL and Arsenal in the Community).

“Overall, the team worked very hard, and had to really defend resolutely at times. Although possession was probably even, we were the more effective in taking our chances.

“It’s great to reach the semi-final, the boys have earned the opportunity.”