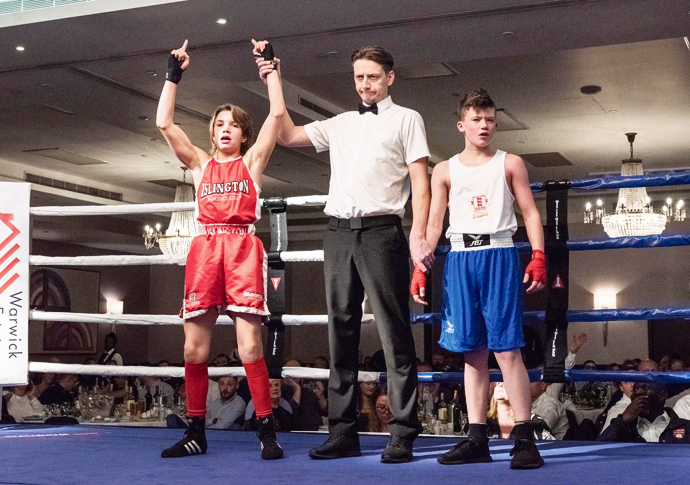 BLOOMSBURY was the battleground for a night of top amateur boxing on Friday when Islington Boxing Club held their biannual dinner show.

More than 500 fight fans crammed into the Royal National Hotel in Russell Square for a spectacular showpiece under the chandeliers.

Islington club manager Reggie Hagland was quick to thank all the club’s supporters, saying they helped make it “a night to remember”.

And he added: “They packed the venue out to watch a night of quality amateur boxing. The club would like to thank everyone for supporting us and helping to make it a fantastic night.”

Among the special guests was flagship fighter John Ryder, who took time out of training for his title fight against WBA super world super-middleweight champ Callum Smith on November 23 to support the show. 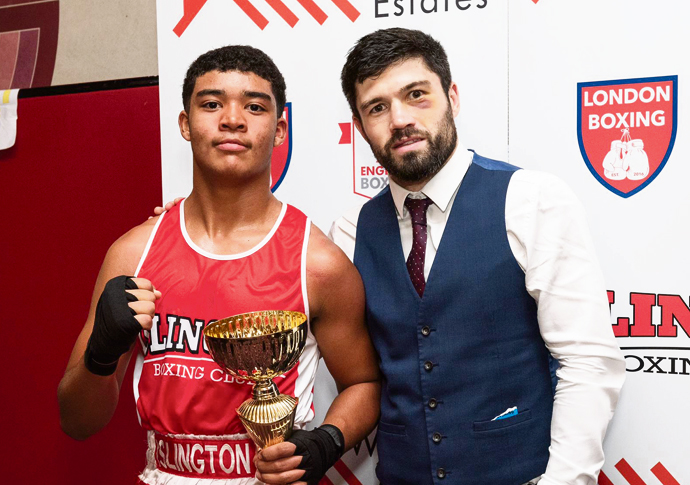 The former Angel ABC amateur would have been transfixed by the action that unfolded in the ring as Team Islington took on a squad representing Midlands ABA.

First to step between the ropes was Islington debutant Liam Veras, who squared up against Max Waterworth from Aston ABC. Competing at 49kg, the 14-year-old, who has won countless trophies and medals in karate, Brazilian Jiu-Jitsu and judo, added boxing to his sporting conquests as he gained a unanimous victory to put the host club 1-0 up on the night.

The Midlands Boxing Select pulled the scores level when Shuaib Ahmed, from Priory Park ABC, stopped another of Islington’s debutants, Darius Mingulete, in the third round of their 56kg contest.

The home club, from Hazellville Road in Upper Holloway, hit back to take a 3-1 lead thanks to wins for Jacob Johnson and Ethan Irvine. Johnson, who was boxing at 72kg, unanimously beat Warley ABC’s Muhammad Abbas Ali, while Irvine battled his way to a 3-2 split decision win against Aston ABC’s Sam Cornforth. 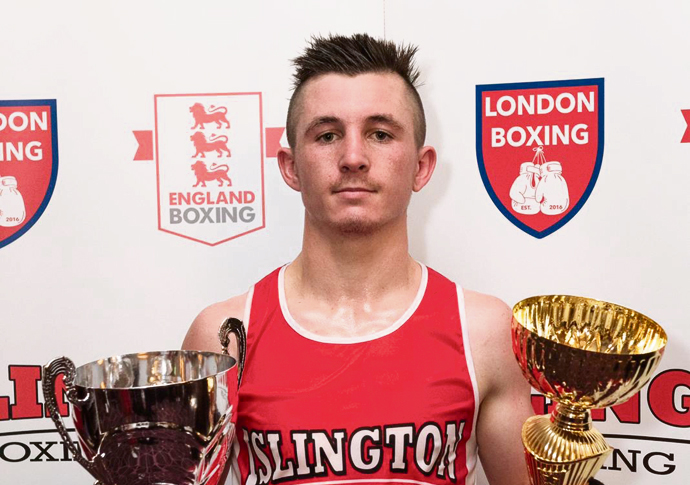 The visitors pulled a point back when Connor Walsh from Solihull ABC beat Westside ABC’s Donald McCury, who was representing Islington on the night.

Fought at 61kg, Walsh put in a performance that would later earn him the best “visitor boxer of the evening” award.

The scores were levelled on the night when Amir Abubkaer, from Christ the King ABC, beat Charlie Roche.

But Islington quickly retook the lead when Shaun Thomas sparkled with his southpaw punches to beat Dave Jones from Solihull ABC.

“Thomas was Islington’s best performer of the night,” said Hagland.

“He won via a unanimous decision and really deserved the best home boxer of the night award that he was later presented with.”

However, an entertaining night of boxing was to end all square as former national champion Ben Vaughan, from King’s Heath ABC, defeated Slavisa Gegic on a split decision to leave the final score Islington 4, Midlands ABA 4.

Hagland added: “What a night it was.

“We also really want to thank Warwick Estates who we’re most thankful to for supporting the event.”