Get stuck in!, says teenage girl who signed for an all-boys team 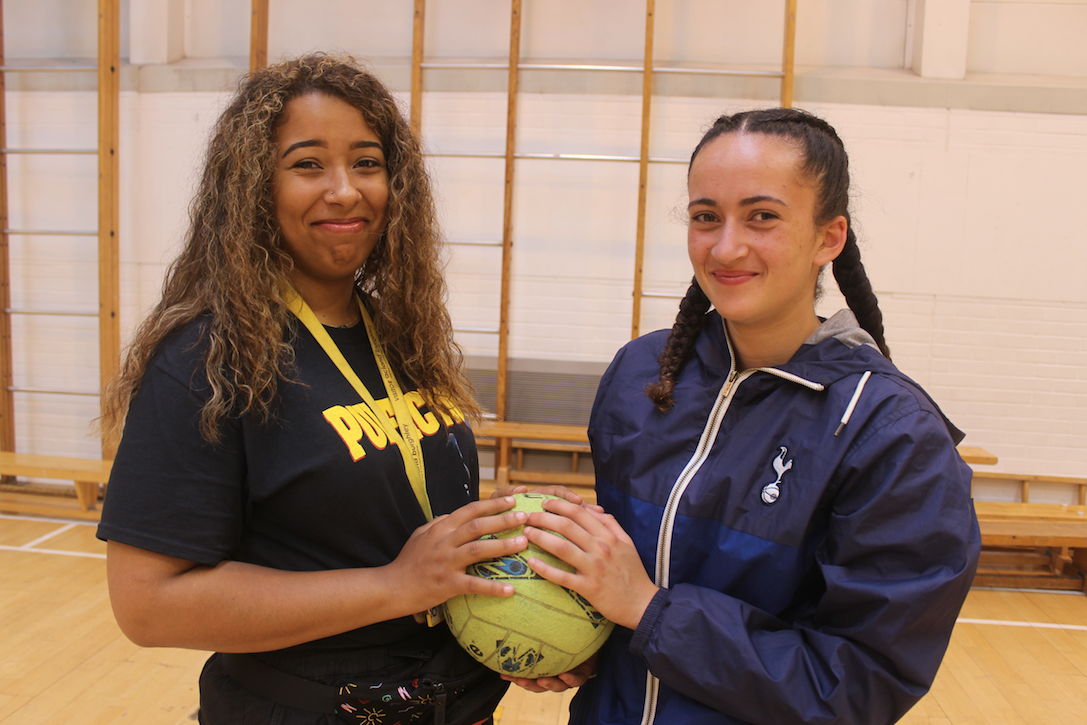 A YOUNG footballer is aiming to get more young people playing the sport after finding herself the only girl in a team full of boys.

Sasha Lewin, 14, formerly part of the set-up at Spurs, turns out for Parliament Hill Youth FC, which was previously an all-boys team.

She told the New Journal: “In our area, there’s only one girls’ team, which is Camden. “I want things to progress and get more girls involved.”

Sasha, who goes to Acland Burghley Secondary School in Tufnell Park, is now working with the Bloomsbury Football Academy to launch free classes across Camden and Islington over the summer holidays.

She has worked with friend Paris Francis-Roach, 18, to secure £3,500 in council funding for the scheme. As the sessions are free, it is hoped barriers to getting started will be broken down.

The classes are open to everyone aged between eight and 13, but Sasha said she hoped to build on the interest around the Women’s Football World Cup this year. The tournament in France saw the national team get within one match of the final.

She said: “With England getting to the semi-finals, it will kind of uplift the girls’ spirit. I think in this day and age it’s got to be a lot easier now for girls to get involved.”

She then joined Parliament Hill Youth FC, playing with the boys. “At first I was very shy. I went from being in centre mid to dropping into defence.

It was a big job but I think after a while and with encouragement from the boys I began to speak like I did at Spurs. Because I’m very vocal, my strength came back. I think the confidence started creeping in a bit more.”

Shannon Francis, Paris’s mother who helped source the council funding, said other girls in Camden are “inspired” by Sasha.

The youngsters are also working on setting up a foundation called “Anything Is Possible” to launch more projects for young people.

Sasha will work alongside four coaches from Bloomsbury FA, who will lead the classes.

For any girls who are perhaps feeling apprehensive about trying football, Sasha said: “I would tell them to be themselves. This day and age is very much different to how it used to be. Even my friends are watching the Women’s World Cup, Everybody was watching it. I think it helps them be more excited by it.”

She added: “If they mess up? It’s what boys do in football anyway. Boys mess up as well. It’s not like boys are going to be perfect at the sport, or girls will be perfect. It’s more about coming together and doing something that they all love together.”

She believes there is still a way to go in terms of gaining equality in the sport, however, adding: “Some men, depending on their ability, might get paid £1.2m a week but girls are still only paid in the thousands.”

The classes are open to any youngsters in the age range and from any area.