Boxing trainer George Francis not only steered the careers of champs, he championed anti-racism 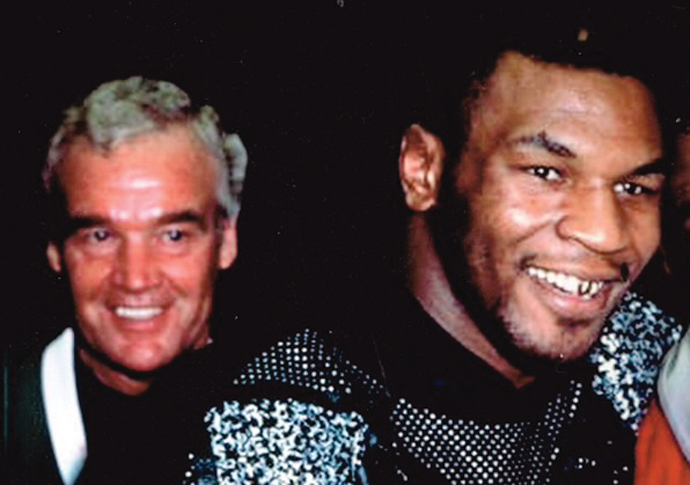 GEORGE Francis was not just a world-renowned boxing trainer, a man who gave British boxing a slew of title holders.

He also quietly helped break down deeply ingrained racism in the sport – and create a generation of successful black British boxers.

Now his son, Daniel, is campaigning to have a permanent reminder of his legacy in the form of a blue plaque.

George lived in Hillway, Highgate, for more than 40 years up to his death in 2002. His family hope to illustrate to English Heritage his importance to the sport and his enduring influence – in 35 years he trained 42 British, Commonwealth, European and World champions – making him worthy of such an honour.

When George started training boxers in the 1960s, gyms were the preserve of white fighters. He was working at St Pancras Boxing Club when a youngster called Lennie Gibbs stepped through the door.

George had recalled: “He was the first black kid who had ever shown his face in the place. The reception wasn’t warm from the other lads. But I beckoned him in, and fronted out the hostility. Anybody who wanted to box, I was there to help.” 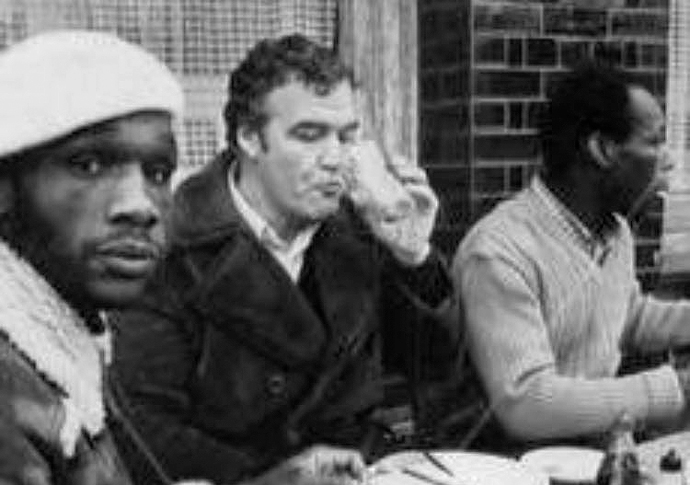 George’s life was forged in the working-class streets of Camden Town. Born in 1928, his father Albert was a bookie, taking bets at the Old Eagle pub in Royal College Street.

“They had little,” recalls Daniel. “They got a living any way they could – which meant sailing close to the wind.”

His mother Rose was born in the St Pancras workhouse. She lived there till she was eight years old, “her only crime being dirt poor,” says Daniel.

Albert died when George was 12 and he left school to earn a living. He was charged with taking a horse-pulled cart to Covent Garden, load up with produce, and drive it through crowded streets to Inverness Street Market, where his brother Billy ran stalls.

Market porters were known for their prowess in the ring – carrying barrows built upper body strength.

George, 16, took up bare-knuckle boxing, but Rose made him quit. Instead, he put on gloves and fought 28 times. But his future lay on the other side of the ropes.

“He wasn’t a brilliant boxer,” says his son. “But he worked hard. Someone told him he would be a better trainer than a fighter – and from that piece of advice he went from being the son of a Camden Town-woman born into a workhouse to training the heavyweight champion of the world.” 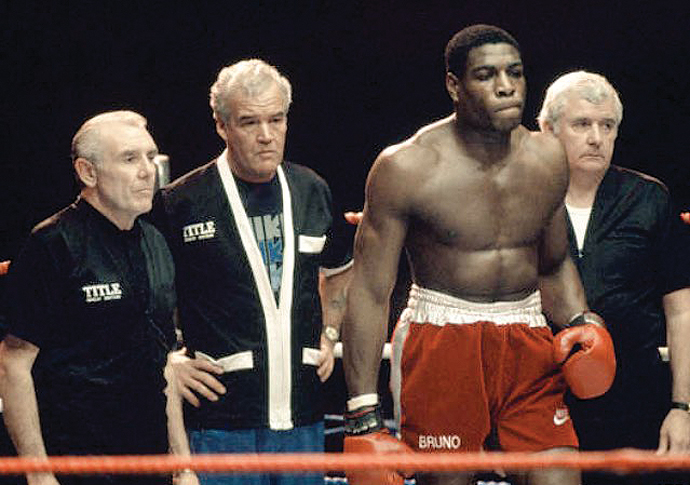 George had an inner spirit that inspired those he worked with.

“He was the gentlest person at home,” says Daniel. “But the toughest man I have ever met. He was a very hard task master.

“His protege Bunny Sterling was deeply religious. He said: ‘having George in your corner was like having the force of 1,000 churches behind you’.”

While George was training amateurs at St Pancras, two young fighters would take him in a new direction. Sterling and Gibbs were in their late teens. In 1964, George told them to turn professional and that he’d find them a trainer – but they said they wanted him.

A friend owned the Load of Hay pub in Haverstock Hill and had a room out back where George set up a gym.

“It had two rings – a red one for pros and blue for amateurs,” says Daniel.

Accessed via an alleyway, the noise was intense as medicine balls were thrown, heavy bags worked and boxers sparred.

And then there was the smell.

“You’d warn people to take a deep breath before they walked in,” Daniel remembers. “It was something else. There was sweat, sawdust and blood. The boxers would put their sopping wet clothes on the radiators.” 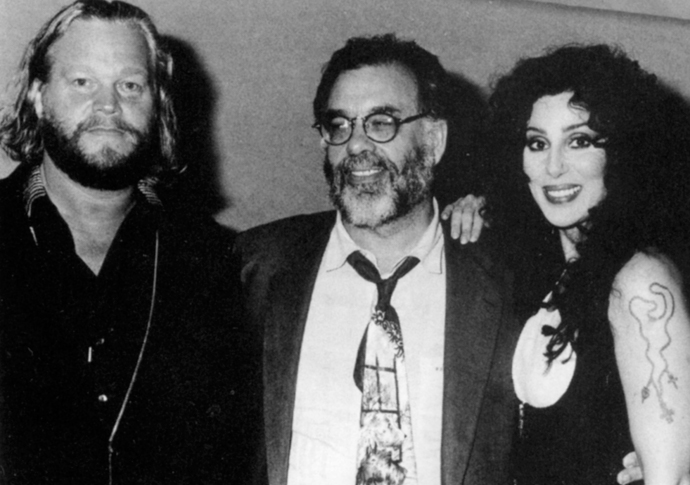 And at the centre was George, running the show.

“He gave everyone a chance – but if you mucked up just once, you were out. He took it seriously and he made his fighters do too. He said you can’t mess about with fighting.”

His dedication and eye for talent helped turn Sterling into the best middle weight to come out of England. George knew it and had high hopes – but he hadn’t reckoned on the racism they would face.

“The promoters did not want black fighters,” says Daniel.

In 1971, Bunny got a crack at a title. He was up against Mark Rowe at Wembley to contest the middle weight belt. Rowe was a promoter’s dream, the David Beckham of boxing, while Bunny had the weight of the Windrush generation on his shoulders .

“For the four weeks leading up to it, Bunny lived with us in Holly Lodge,” says Daniel. “My mum cooked him steak and eggs, and we’d watch enviously.”

Bunny and George faced threats from racists. “We used to get terrible letters but Dad just ignored it,” says Daniel. “When Bunny won, The Sun called George ‘The White Witch Doctor’.”

George studied ring craft and was a keen historian of boxers. Muhammad Ali’s trainer Angelo Dundee was his idol, and they became close friends. Angelo would send a card every Christmas addressed to the “second best boxing trainer in the world”.

And then came George’s work with Frank Bruno, who had lost two title fights before George took him on.

“He instilled a toughness that was missing – he drew on fighting in Camden alleyways and gave it to Frank. He taught him to fight dirty – and to win.”

Frank’s training regime included nine-mile runs over Hampstead Heath followed by a swim in the Men’s Pond. George had a tab at the San Siro café in Highgate Road, and if his boxer did not dive into the pond after the run, no matter what the weather, George wouldn’t pay for breakfast.

This was the backdrop to Bruno beating Oliver McCall in 1995 to become the world heavyweight champion.

Now the legend of George Francis, trainer of champions, fighter of racism, may well be commemorated in the place he called home – a worthy mark of a man whose legacy lives on.