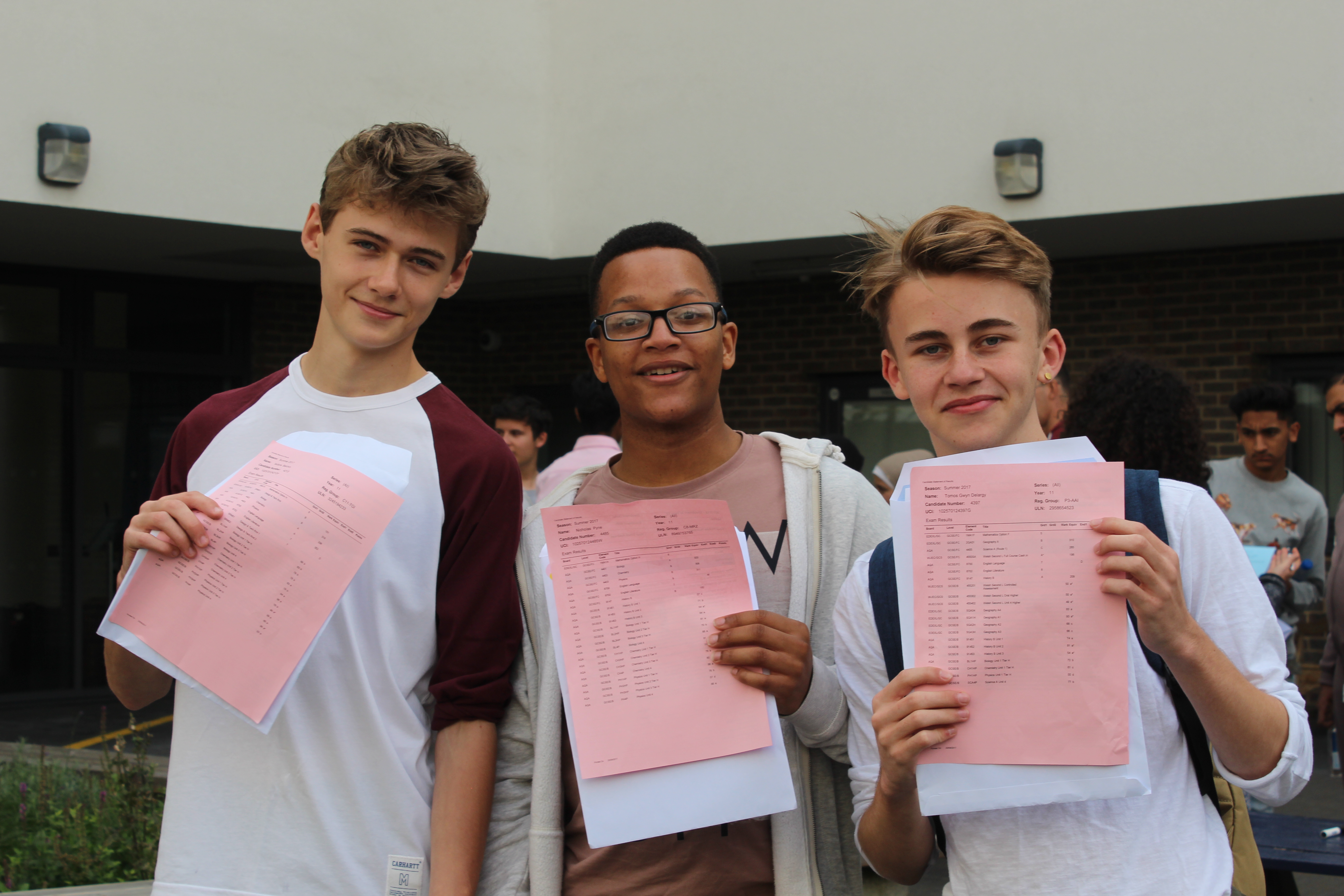 Hard work paid off for students across the borough yesterday (Thursday) as they celebrated long-awaited GCSE results.

There were scenes of excitement and relief at Quintin Kynaston Community Academy in Swiss Cottage, with the school saying its initial calculations showed around a quarter of a grade boost per student for each subject.

The results were the first marked under a new grading system in three subjects – maths, English language and English literature – which features new numerical scoring that goes beyond the more familiar A and A* grades.

The top grade is now known as a nine. 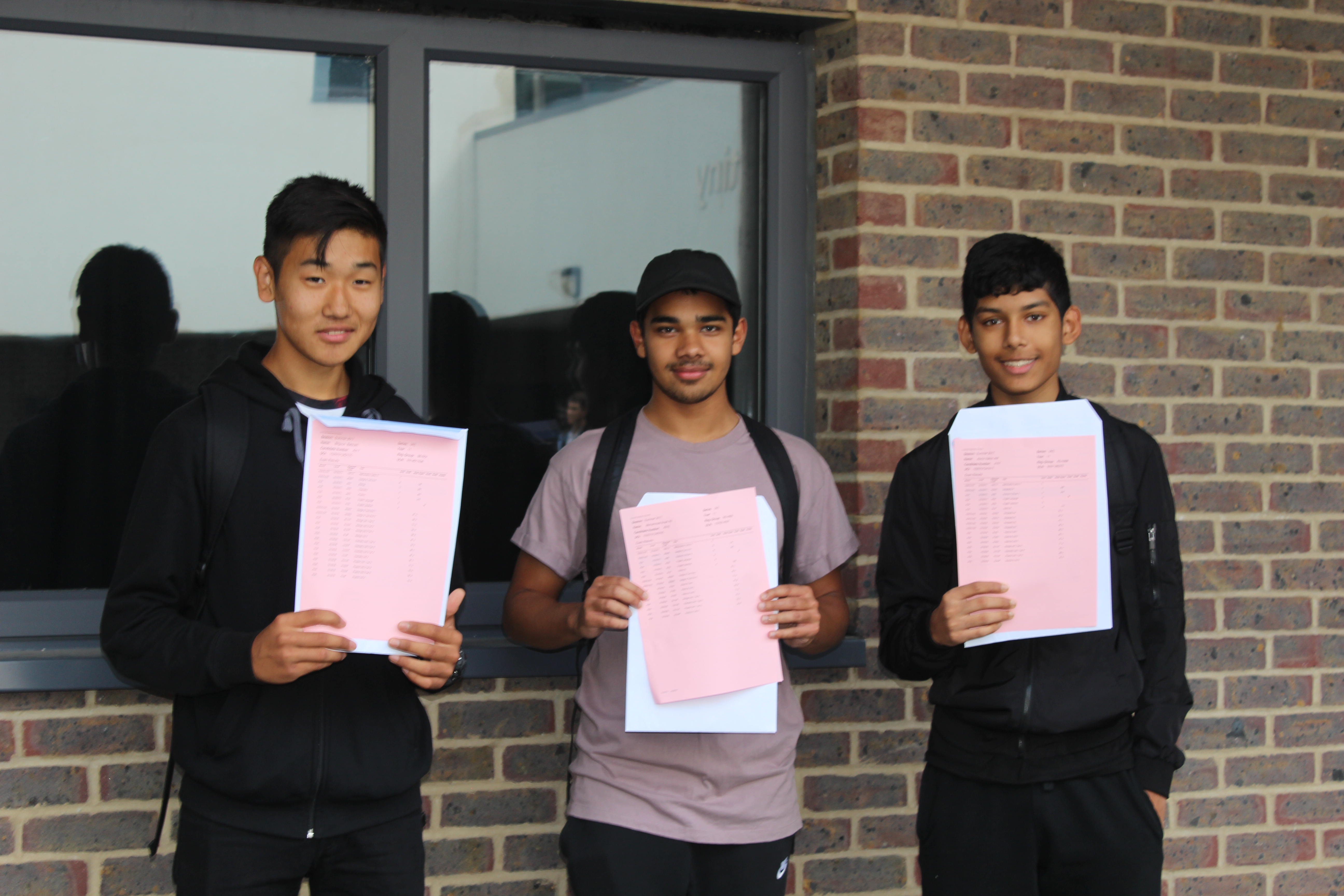 Alex Atherton, headteacher at the academy, said the results were “really heartening”, adding: “The staff and students have worked really hard and we’ve had a lot of support from parents.”

Deputy headteacher Liam McGillicuddy said: “The kids are happy, all their hard work has paid off. It’s also exciting for them to understand the new numbers. We’ve had a lot of eights and nines.”

Among the success stories was Kyshna Charles, 16, who got all his predicted grades and better.

Kyshna (who is pictured on page 1) said: “Computer science was madness. I thought I’d fail that, but I passed. I worked really hard for science and got two As when I was predicted Bs.”

Other students had also surprised themselves with their grades.

Tom Delargy, 16, said: “I’m really happy and surprised. I got an A in history that came out of nowhere, a seven in English language and an eight in English literature. I was expecting to fail geography and science, but I got a B and a C.”

Daniel Musa Morgan, 16, got eight in English literature, seven in English language, As in biology and chemistry, and a seven in maths.

He said: “I did well, but I feel inspired and compelled to do better next year. I’m going to take maths further.”

Asked how he was going to celebrate, he said with “some kebabs with the lads”.

The majority of students were staying to enrol in the sixth form before heading off to relax for the rest of the summer.

Further analysis of the results across Westminster is expected in the coming days.

Westminster Academy, however, in Westbourne Grove, was reporting that 74 per cent of students achieved benchmark pass rates at GCSE. 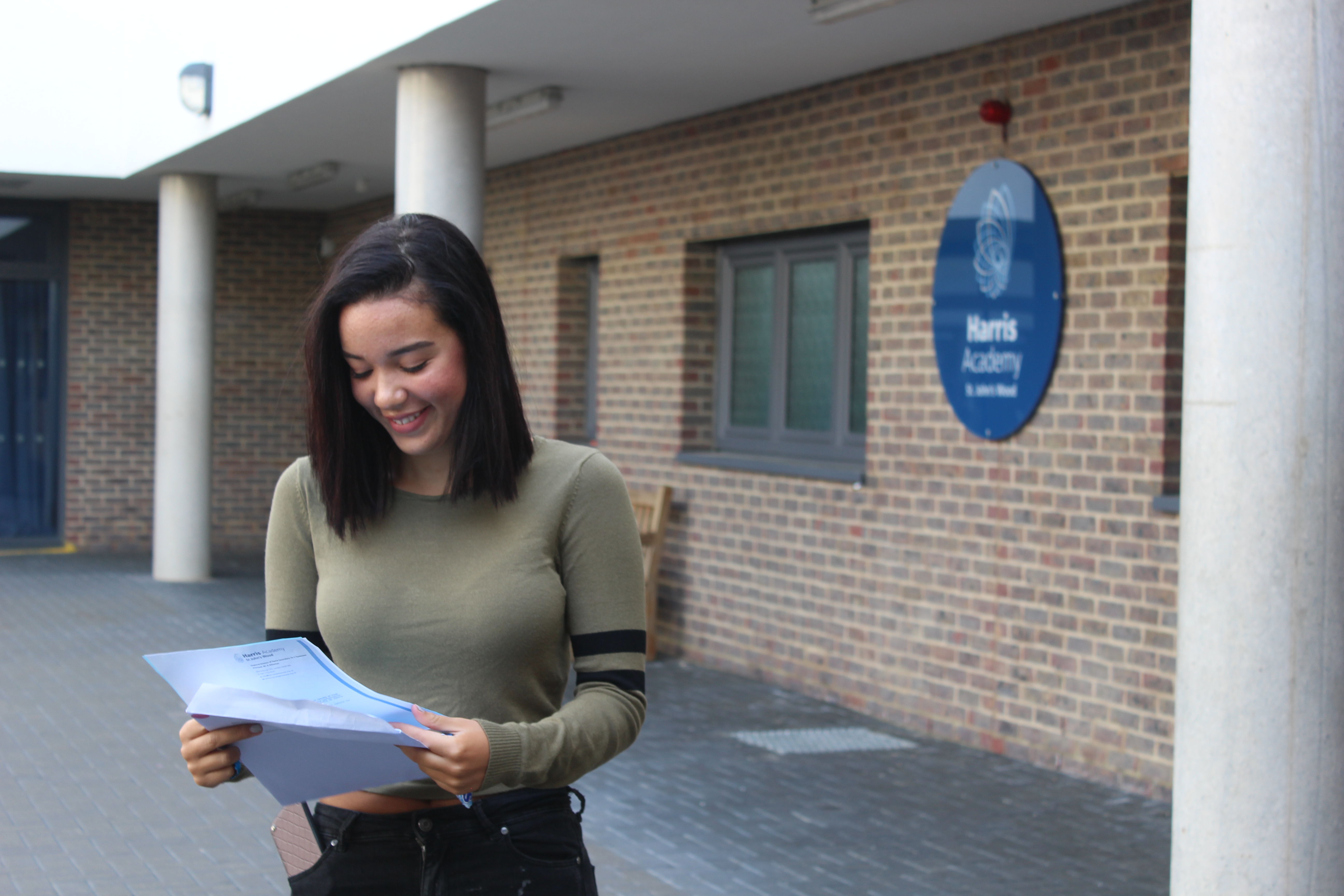 Its top performer, Maria-Minodora Grosu, achieved exceptional grades, including eight qualifications at grade A or above, with nines in English language, English literature and maths.

Principal Dr Saima Rana said: “While adopting a new grading system has been a challenge, at Westminster Academy our students and staff thrive on challenges and I am thrilled to see our students achieving results that open doors to exciting future pathways.

“Congratulations to the Class of 2017, and to the parents, carers, staff, sponsors, governors and community and business partners who have given students their invaluable support throughout their education at Westminster Academy.”