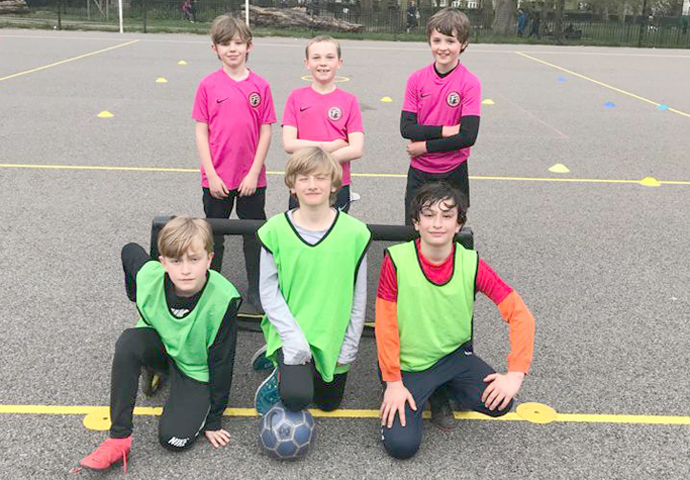 Players are gearing up for the new futsal league

A NEW three-a-side youth futsal league is set to kick off next month in the hope of introducing more kids to the sport.

Played with a smaller, heavier ball, futsal favours close control and passing in small spaces, and puts an emphasis on improvisation, creativity and technique.

The Camden and Islington Three-a-Side Youth Futsal League gets under way on Thursday May 6, at Highbury Fields, with games taking place from 4.15pm.

Mixed Under-10s and Under-11s sides will play two 25-minute matches each game week, and there’s even a chance for individual players to sign up and be put in a team.

Hosted by London ­Futsal Stars, the 11-week league will cost £110 per player. Efforts were made to keep costs down, but with pitches having to be block-booked and paid for in advance, plus three or four referees needed for each round of fixtures, there were unavoidable overheads.

Coach Shaz Anwar has, however, revealed there will be free places available for those in need of financial support.

“We’ve also got 15 places available for free for young people from disadvantaged backgrounds. We want to give children who wouldn’t usually have the opportunity to try futsal the chance to get involved. The most important thing is to give as many children as possible the chance to enjoy futsal.”

Teams need three-to-five players per squad, and it’s recommended they have at least four. The deadline for entry is Friday April 30. For more information or sign up visit www.londonfutsalstars.com/3-a-side/