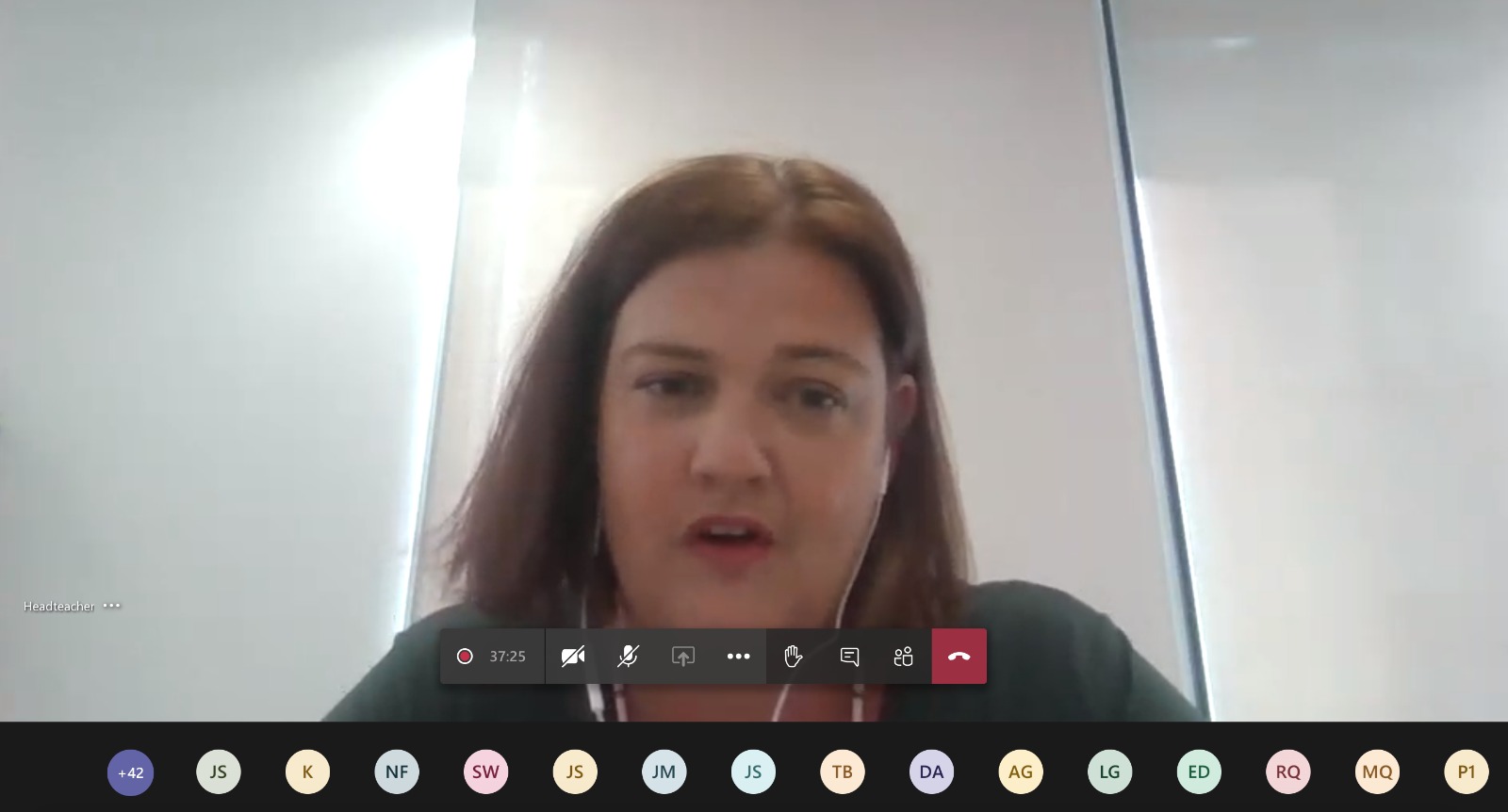 Vicky Briody addresses the inquiry, held over videocall due to the Covid-19 pandemic

A PUBLIC inquiry into whether a free school should move into the old police station site in Hampstead has been told that families in the area will “struggle” if the appeal is rejected. Abacus – an outstand­ing-rated “free” school set up for parents living in Belsize ward – has been busing children to temporary premises in King’s Cross during a dispute that dates back to 2014.

The application has always split opinions among people living nearby, with opponents insisting that a school will not fit on the site in Rosslyn Hill. Camden Council has refused planning permission, leaving Abacus fighting for its plans to get consent in front of a government planning inspector.

Vicky Briody, Abacus Belsize headteacher, told the inquiry: “It’s so vital to bring our school closer to our community.

If a child or the parent misses our school bus, they are 45 minutes late for school and using public transport to get here. If you’re late for a walk to school, you’ll be five or 10 minutes late.” Supporters of the Abacus bid say families in the area need a choice which isn’t “pray or pay” – meaning schools that are connected to a faith or private education.

But Camden last year refused permission to get work started on transport and air quality grounds, and concerns over historic fittings inside the building. The police station was shut down by prime minister Boris Johnson during his time as the Mayor of London.

The building was later bought by the Department for Education amid plans for the school. In the years since then, however, debates have raged over whether Camden has too much primary school provision amid a falling birthrate.

The council plans to merge Carlton and Rhyl schools in Gospel Oak, while other primaries with undersubscribed rolls have been asked to make adaptations.

But Ms Briody insists the need is still there for a school at the police station, which has stood empty throughout. She told the inquiry: “If planning permission is refused on appeal, then the delay in finding a permanent home for Abacus will be huge, although not an instant death knell.” The school would continue to lose Belsize families as the thought of busing no longer seemed a temporary measure.

Earlier in the inquiry, representatives from the Hampstead Community for Responsible Development (HCRD) made a case against the plans on the grounds of air pollution and transport.

Opponents living in the area feared there would be more traffic congestion on one of the area’s busiest roads and residential side-streets, although the school insisted it would be a “car-free” school with wardens patrolling the streets.

John Joseph, who lives in Rosslyn Hill next door to the police station site, told the inquiry: “Children are noisy, particularly when they are gathered together. They squeal, shriek and yell that is what children do and what they need to do.”

The inquiry will continue on October 19 and October 20.