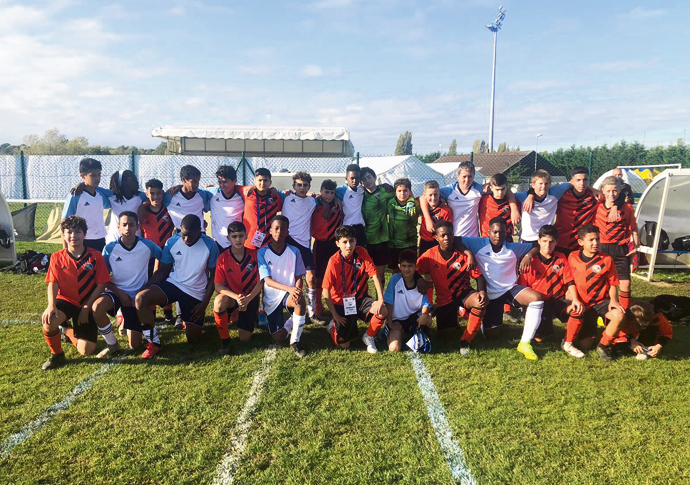 Pro Touch SA line up with the Dutch team they defeated

A GROUP of young footballers from across Camden and Islington halted their half-term to talk tactics at the airport as they made a dramatic dash to France to represent England.

Coaches from Pro Touch SA received a phone call on Tuesday afternoon inviting them to take part in the Madewis Inter-Nations Cup, and a little over 24 hours later they found themselves at Gatwick Airport heading to Paris with 14 players.

By lunchtime on Thursday they were celebrating their first win in the Under-14s division after beating a team from the Netherlands 2-0 in their opening match, thanks to goals from John Kamara and Arion Svarqa.

“Looking back I’m not sure how we got a squad together so quickly,” said Pro Touch Academy director Zahid Hossain.

“I find myself thinking, ‘how on Earth did we pull this off?’.

“To be honest we weren’t exactly reinventing the wheel.

“I’ve coached a majority of the team since they were Under-9s, so know all the players and parents really well – we’re like one big family. 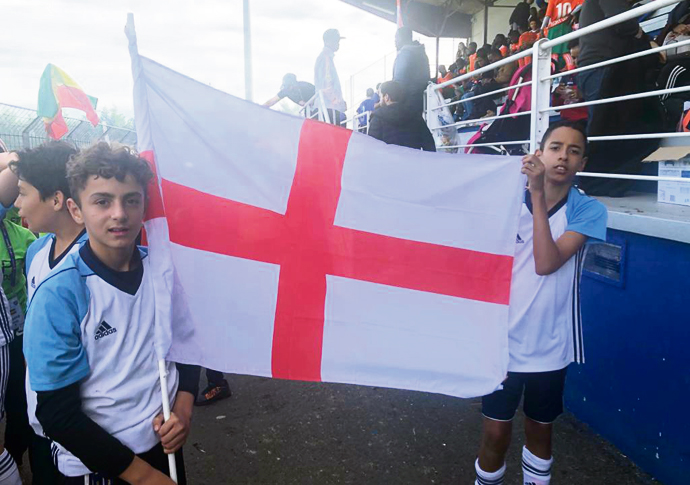 “So as soon as I sent out the message that we had been given this opportunity to play in France, responses quickly started to come back that players were interested, and by 6pm, less than four hours after taking the initial call, I was sending the organisers a list of the players who would be playing for us.

“It helped that the tournament sponsors, Adidas, were covering the cost of the flights, accommodation and food, and even gave us a new kit.

“So all we really had to do was gather up the players and make sure they didn’t forget their passports, but still it was a great achievement.

On the pitch Pro Touch flew the flag for England in style, successfully negotiating their way out of the group before eventually losing against a team from Brazil in the quarter-finals. In the end they ­finished with the creditable record of four wins and a draw from their eight games.

Zahid added: “Any stress of getting the squad together last-minute was definitely worth it.

“It was such a great experience for all the players and the coaches.

“The standard throughout the competition was extremely high, and getting to play top teams from across the globe is something that all the players will always remember.

“The highlight was a goalless draw against the eventual winners from the Ivory Coast – everything just clicked and we put in our best performance of the tournament.

“It proved a tremendous trip.”