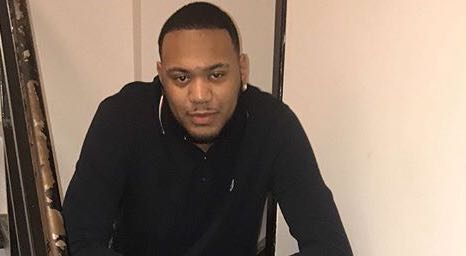 FOUR teenagers have been jailed over the killing of a former Acland Burghley pupil.

Lewis Blackman, a popular face around Kentish Town known as “Dotz”, died after being stabbed 14 times after trying to get into a house party last February.

Thierry Edusei, 16, from Tottenham, was found guilty of manslaughter and jailed for 11 years.

The last three were convicted in a separate trial in October. Two other 18-year-old men were found not guilty of murder.

The Old Bailey was told that a girl organising her 16th birthday party in a rented flat in west London had been “particularly careful” to avoid inviting any boys from Camden as she was aware of some “history between boys from Hackney and boys from Camden”.

However, the address of the flat she had rented in Earl’s Court was circulated and Mr Blackman and a group of friends tried to get in. They were then chased by a group armed with knives before Mr Blackman, who was also carrying a knife, turned back to the face them.

Realising the “perilous” situation he was in, he tried to escape and ran off.

Prosecutor Tom Little QC said in the trial: “The brutality of this attack, we say, is truly shocking. So are the apparent celebration and the calm and carefree way in which those responsible walked or jogged away.”

Williams denied the murder charge and claimed in court Mr Blackman had stolen his necklace and stabbed him inside the flat before he himself armed himself with a knife and became part of the group chase. Throughout police interviews, all of the convicted teens offered no comment answers in response to questioning.

The Met said that while Mr Blackman was not believed to be a gang member himself, he was linked with gang members from the Camden area who were with him as they attempted to enter the party. Officers are keeping the investigation open as they continue to identify anyone else involved in the stabbing.

Investigating officer Detective Chief Inspector Mark Cranwell, of the Homicide and Major Crime Command, said: “There is no excuse for the violence that Lewis Blackman was subjected to.”