Three-way battle to see who will follow Flick Rea 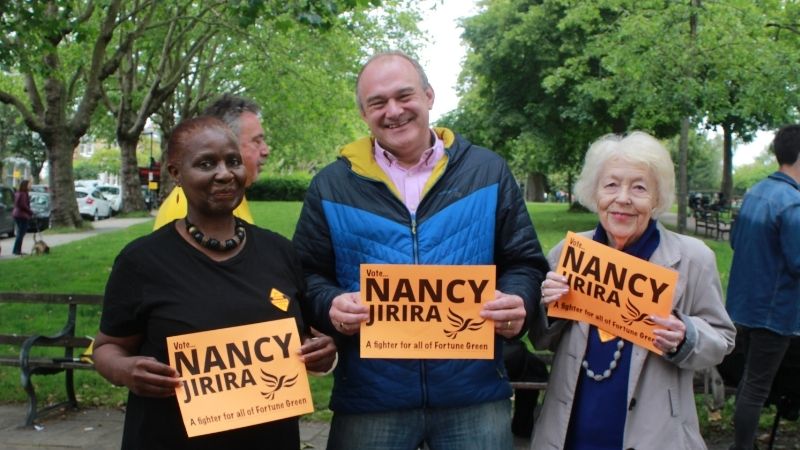 THE leader of the Liberal Democrats has called on the Labour faithful to lend them their vote to strengthen democracy in the Town Hall.

During a visit to the campaign trail in Fortune Green – where residents go to the polls for a by-election next week – Sir Ed Davey said there were already too many Labour councillors at the Town Hall and the democracy would suffer as a result.

Sir Ed said: “Councils and governments need healthy opposition to keep them honest, to keep them on the ball. If a government feels it doesn’t have proper opposition and it will win whatever it does, it will fall into bad ways.”

The council by-election on Thursday is to elect a successor to Flick Rea, the long-serving Lib Dem councillor who is retiring from the council chamber. The party has chosen nurse Nancy Jirira as its candidate for what could be a close-run ballot.

Sir Ed, who met party activists on the green on Saturday, said: “You might also want to vote for Nancy because the Tories can’t win here. They are pretending they can and it’s totally mischievous. It’s a two- horse race. The last time the Tories won here was in 1982, when Michael Foot was leader of the Labour Party.”

The election is seen as a possible indicator of how next year’s borough-wide elections go when Labour, already with a dominant majority in the council chamber, will look to increase their lead even further and possibly match neighbouring Islington, where only one opposition councillor was elected last time. 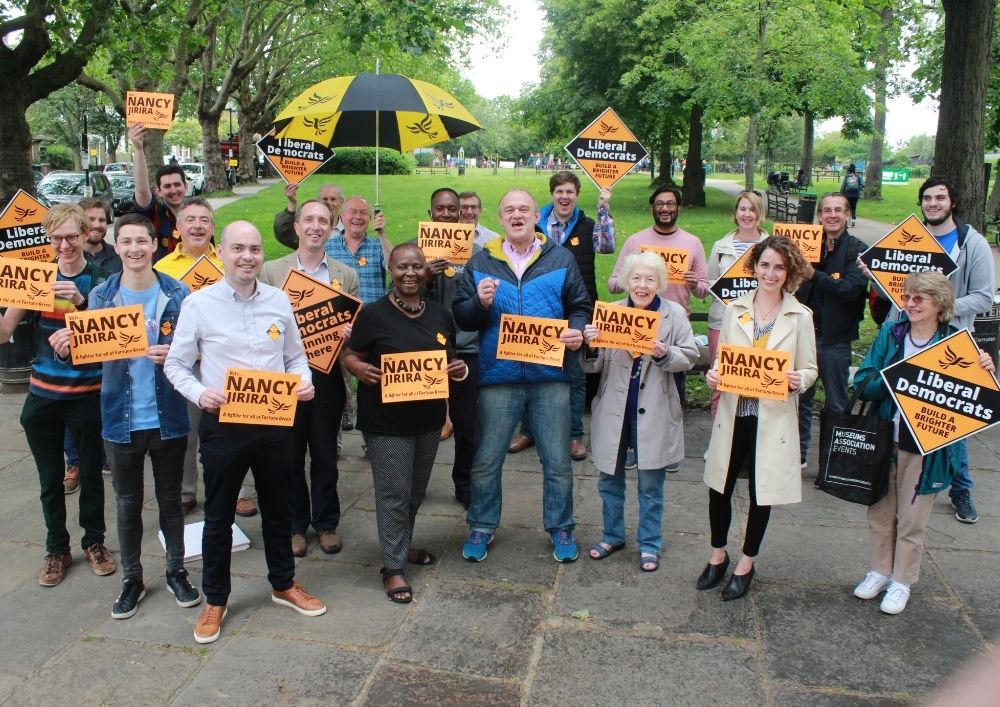 Sir Ed said: “Nancy is a nurse, and campaigner on health, that’s another reason to vote for us. Other people might think I want another Flick, and I’ll vote for Nancy because she’s another Flick. A Labour supporter might say, I’m normally Labour but the council will stay Labour anyway – but I’d like some competition for them, as that’s good for Labour.”

He paid tribute to “classic liberal” Flick Rea who has stepped down.

She was at the event on Saturday to hear Sir Ed say: “Flick has been an advisor, mentor, supporter, colleague and a friend and one of the most amazing councillors ever to represent the Liberal Democrats.” 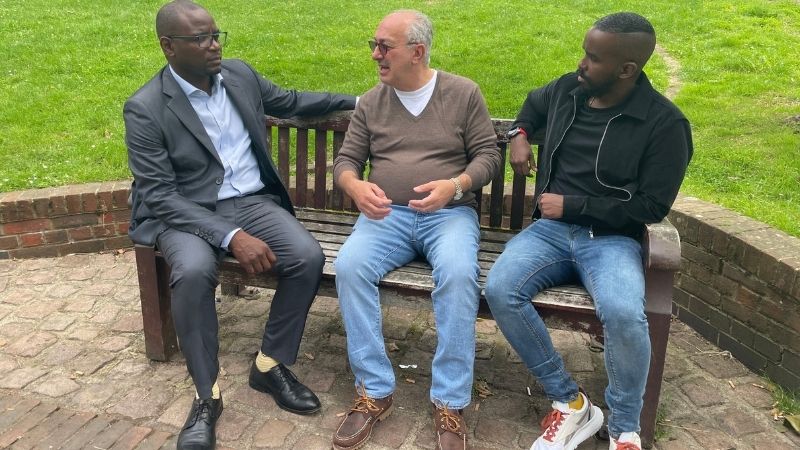 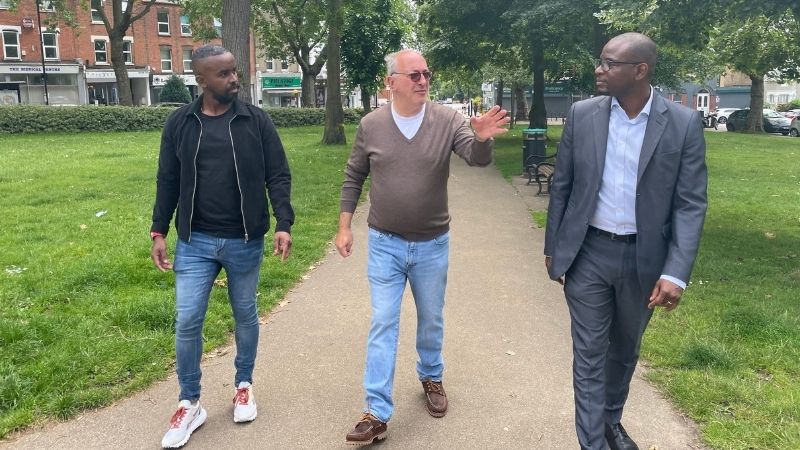 But a former Lib Dem councillor in Lewisham appeared on Sunday to back the Conservative candidate Ian Cohen.

Duwayne Brooks OBE, the best friend of Stephen Lawrence, said: “There’s a violent crime epidemic, and lots that councils could be doing to prevent it.
“Whether installing knife amnesty bins, backing youth entrepreneurs so they can take control of their own destiny, or tackling the illegal drugs trade that fuels gang violence, the solutions for local communities are there.”

Mr Cohen was also joined by Ali Hassan-Ali, a former police officer in Camden who has left the force to set up his own anti-violence initiative.

Mr Cohen said: “A lot of crime is caused by the deleterious conditions of our streets: with rubbish piled high, graffiti tolerated, and roadworks creating gridlock. If we want to stop crime, people should take pride in our community, and Camden doesn’t.” 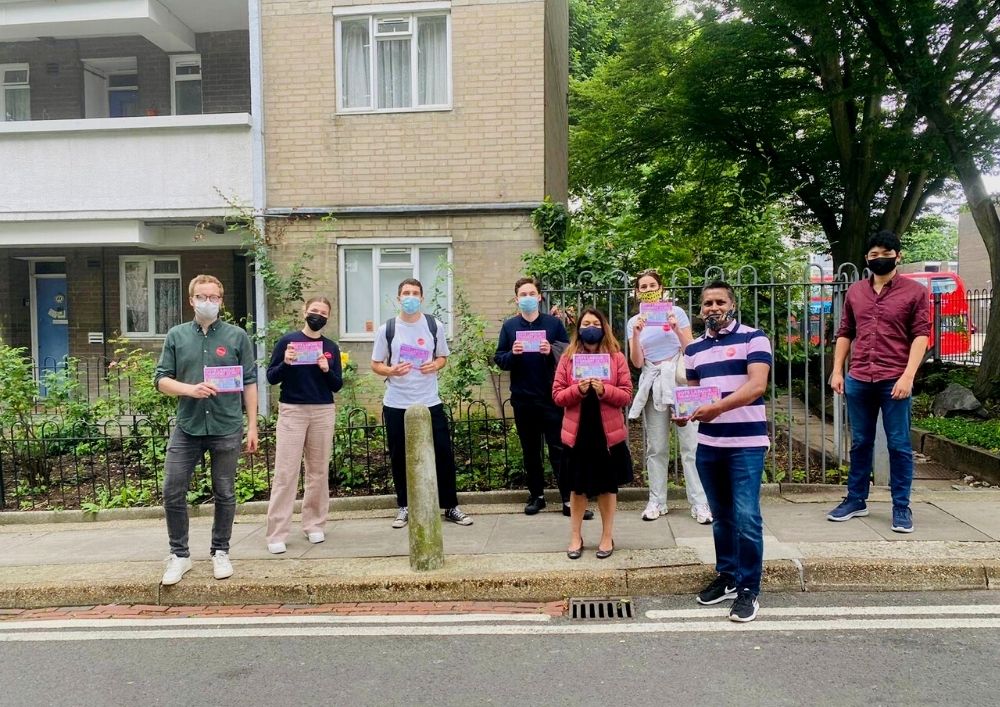 Hampstead and Kilburn MP Tulip Siddiq was among the Labour canvassers out on the street, supporting their candidate Lorna Greenwood. The party is looking to collect a clean sweep in the ward by securing victory next week, as they already hold the other two seats in Fortune Green.